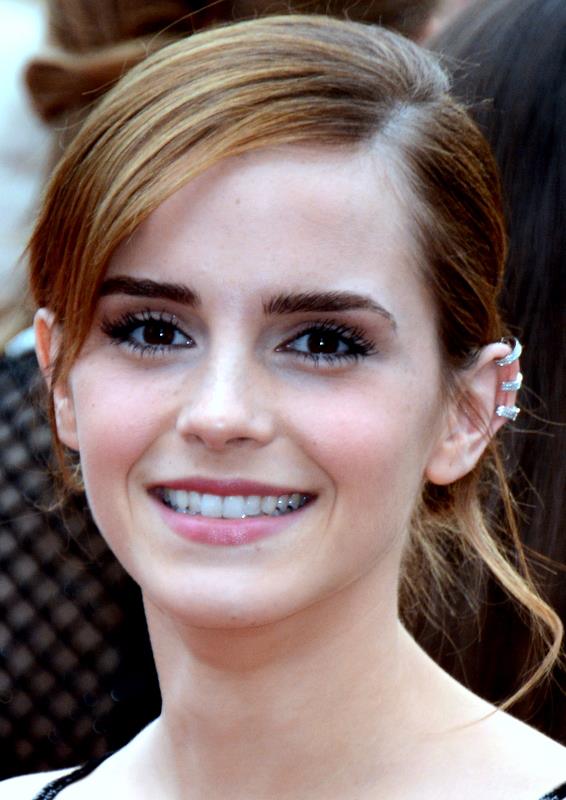 She is most best known for her iconic acting role as Hermione Granger in the globally successful Harry Potter film series.

Watson is also known for her women’s rights work and in 2014, was appointed as a UN Women Goodwill ambassador and helped launch the UN Women campaign HeForShe, which encourages all genders to work towards gender equality.

During a speech at the UN Headquarters in New York City, she called feminism “the belief that men and women should have equal rights and opportunities”. Prior to her speech, Watson was encouraged to avoid using the term ‘feminism,’ but in the hopes to increase its popularity, she used the words ‘feminism’ and ‘feminist’ six times during her 12-minute speech. After, she commented, “If women are terrified to use the word, how on earth are men supposed to start using it?”

Watson has also promoted education for girls, and has visited Bangladesh and Zambia as part of her humanitarian efforts. Not only this, but she has also worked to promote fair trade and organic clothing and served as an ambassador for Camfed International, a movement to educate girls in rural Africa.

Below, we take a look at some of Emma Watson’s most inspirational quotes:

“Young girls are told you have to be the delicate princess. Hermione taught them that you can be the warrior.”

“Don’t feel stupid if you don’t like what everyone else pretends to love.”

“Girls should never be afraid to be smart.”

“I like books that aren’t just lovely but that have memories in themselves. Just like playing a song, picking up a book again that has memories can take you back to another place or another time.”

“Feeling beautiful has nothing to do with what you look like, I promise.”

“The saddest thing a girl can do is dumb herself down for a guy.”

“I’m reading so much and exposing myself to so many new ideas. It almost feels like the chemistry and the structure of my brain is changing so rapidly sometimes.”

“What gets scary is when your self-worth is tied up in what strangers think of you.”

“If you want to run for Prime Minister, you can. If you don’t, that’s wonderful, too. Shave your armpits, don’t shave them, wear flats one day, heels the next. These things are so irrelevant and surface to what it is all really about, and I wish people wouldn’t get caught up in that. We want to empower women to do exactly what they want, to be true to themselves, to have the opportunities to develop.”

“I don’t want other people to decide what I am. I want to decide that for myself.”