0
You have 0 items in your cart
Go To Shopping
Home > Featuring on WATC > Inspirational Quotes: Virginia Woolf | Author 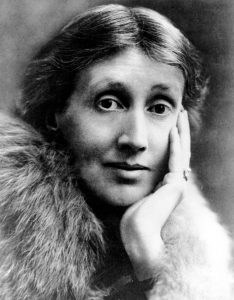 Virginia Woolf (1882-1941) was an english writer, critic and essayist and is considered one of the most important modernist 20th century authors.

She wrote modernist classics such as ‘Mrs. Dalloway’ and ‘To the Lighthouse,’ as well as pioneering feminsit texts including, ‘A Room of One’s Own’ and ‘Three Guineas.’

Woolf’s childhood came to an abrupt end in 1895 with the death of her mother and her first mental breakdown, followed two years later by the death of her half-sister, Stella Duckworth. From 1897 to 1901, she attended King’s College London, where she studied classics and history and met advocates of women’s higher education and the women’s rights movement. Another important influences in her writing was her unlimited access to her father’s vast library.

Encouraged by her father, Woolf began writing professionally in 1900. Her father’s death in 1905 caused another mental breakdown for her, and following this, the family moved to Bloomsbury where Virginia, her brothers and their friends formed the artistic and literary Bloomsbury Group.

In 1912, she married Leonard Woolf, and in 1917 the couple founded the Hogarth Press, which published much of her work. They rented a home in Sussex and moved there permanently in 1940. Throughout her life, Woolf was struggled with her mental illnesses. She was institutionalised several times and attempted suicide at least twice. In 1941, at age 59, Woolf died by putting rocks in her coat pockets and drowning herself in the River Ouse at Lewes.

At this time, Woolf was part-way through writing what would be her final manuscript, Between the Acts, which was published posthumously in 1941

Below, we take a look at some of Virginia Woolf’s most inspirational quotes:

“I would venture to guess that Anon, who wrote so many poems without signing them, was often a woman.”

“Lock up your libraries if you like; but there is no gate, no lock, no bolt that you can set upon the freedom of my mind.”

“Books are the mirrors of the soul.”

“One cannot think well, love well, sleep well, if one has not dined well.”

“Why are women… so much more interesting to men than men are to women?”

“If you do not tell the truth about yourself you cannot tell it about other people.”

“I can only note that the past is beautiful because one never realises an emotion at the time. It expands later, and thus we don’t have complete emotions about the present, only about the past.”

“When you consider things like the stars, our affairs don’t seem to matter very much, do they?”

“The eyes of others our prisons; their thoughts our cages.”