On November 20th, the final day of Transgender Awareness Week is the Transgender Day of Remembrance (TDOR), which honors the memory of those whose lives were lost in acts of anti-transgender violence. To celebrate their lives and to help raise awareness, we have put together a list of just some of the many influential transgender icons throughout history:

Jorgensen is known as the ‘first transgender celebrity’. She was drafted into U.S Army in World War II, before travelling to Denmark to undergo gender reassignment surgery in 1951. Jorgensen entered the public eye as a transgender spokesperson and challenged the public to think about the definition of biological sex. She has made history by questioning traditional gender norms, and in 2012 was inducted into the Legacy Walk.

Lana and Lilly are siblings who directed The Matrix, Cloud Atlas, with Lana being the first ever Hollywood director to come out as transgender. Lana came out publicly about her gender transition from male to female in 2012, with Lilly following four years later. In October 2012, Lana received the Human Right’s Campaign’s Visibility Award, and this year she was a campaign star for Marc Jacobs. Her sister, Lilly wrote a statement in a Chicago LGBT newspaper about her own transition, stating:

“Having the support of my family and the means to afford doctors and therapists has given me the chance to actually survive the process. Transgender people without support, means and privilege do not have this luxury. And many do not survive,”

Chaz is the child of Sonny Bono and Cher, and begun his transition in 2008 from female to male. Since then, Chaz has made a documentary, ‘Becoming Chaz’, been a social activist for the Human Rights Campaign, campaigned against the Defense of Marriage act and is a frequent LGBT activist.

From her portrayal of trans prisoner Sophia Burset in the Netflix original series “Orange Is The New Black,” actress Laverne Cox became the first transgender person to be nominated for a Primetime Emmy Award in an acting category and has since appeared on the cover of TIME magazine.  Cox has used her celebrity to speak out against trans discrimination, and has been awarded an Honorary Doctorate for her progressive work in the fight for gender equality. She will be featured in an upcoming documentary, entitled ‘The Trans List’, which will contain interviews with some of the world’s most prominent transgender activists and personalities. The Danish native was one of the first identifiable recipients of gender reassignment surgery, and the subject of Tom Hooper’s 2015 film ‘The Danish Girl’. Her autobiography, ‘Man into Woman’ was published in 1933, and Elbe has had a huge influence on the transgender community and in reminding us of a time where transgender was not as understood as it is today.

After studying at Yale University, Richards went on to become a successful tennis player and ophthalmologist before later undergoing gender-confirmation procedures in 1975.  She continued to play tennis, but ran into trouble when she attempted to play in the 1976 U.S. Women’s Open and was initially denied entry for not being designated female at birth. In 1977, the Supreme Court of the State of New York ruled in her favor and she competed in the same year. Richards joins a continuing list of transgender athletes, such as Caitlyn Jenner, Chris Mosier and Roberta Cowell.

Janet is the bestseller author of ‘Redefining Realness: My Path To Womanhood, Identity, Love & So Much More.’, a trans spokeswoman and a writer for Marie Claire.  She began her own transition during her freshman year at high school, and has since been honored as one of Time’s ’30 Most Influential People on the Internet’, Planned Parenthood’s ‘Media Excellence’ award recipient and a member of OUT100.

A pioneer of the ballroom and modelling community, but also a trans woman who’s activism for the LGBT community paved the way for many other influential models of today, such as Aydian Dowling, Isis King and Carmen Carrera. St. Laurent starred in the 1990 documentary ‘Paris is Burning’ .

A Filipino model, Rocero set up Gender Proud, “an advocacy & awareness campaign that aims to advance the rights of all transgender individuals, and came out during a TED talk in 2014. In 2016, she appeared on the cover of Harpers Bazaar with Tracey Norman.

Chrishaun Reed “CeCe” McDonald is a transgender woman who was sentenced to 41 months in prison after defending herself and her friends from a transphobic attack. McDonald was released in 2014 after 19 months imprisonment.  McDonald has been a prominent activist about the injustices of her case and many cases similar to hers.

There are countless others who deserve recognition and celebration. For more information on Trans Awareness Week, visit GLAAD 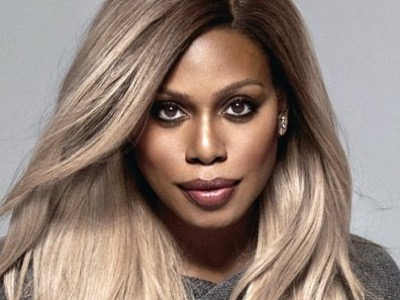