Amanda is CEO of the UK body for “open”, OpenUK, the Chair of the Open Source and Intellectual Property (IP) Advisory Group of the United Nations Technology Innovation Labs, the European Representative of the world’s biggest defensive patent pool, the Open Invention Network and a member of the OASIS Open Projects’ Advisory Council (open source and open standards).

Amanda was a joint-organiser of the UK Open Source Awards in 2019, having been a judge of the awards in 2014 and 2015; CEO of the Trustable Software Engineering Project, a project focused on solutions to risk in Open Source Software during 2019 and continues as a Director of this organisation; General Counsel of Canonical, one of the world’s biggest open source companies and the commercial sponsor of Ubuntu, setting up the global legal team and running this for 5 years having worked as a lead lawyer in a variety of sectors, ranging from .com to a data centre and Fintech on the mobile, across EMEA, US, AsiaPac and Emerging Markets, based out of both the UK and Amsterdam.

As well as many years of structuring and negotiating a multitude of deals, Amanda’s roles have included contribution to, and leadership of, a number of multi-organisational collaborative projects and open source initiatives. She has expertise in open source software, strategy, governance, IP, compliance audits, policies and processes as well as commercialisation and contracting around open source and provides consultancy and advisory services around these.

Amanda was a member of the Open Stack Drafting Committee during its set up in 2012. She is a regular international keynote speaker and panel member and an author covering open source, collaboration and legal issues, in particular open for good and commercial models of open source. She is an Executive Editor and co-Founder of the Journal of Open Law Technology and Society (formerly IFOSSLR), a Fellow of the Open Forum Academy.

Amanda is the Editor of the book, Free and Open Source Software: Law, Policy and Practice”, 2nd Edition, to be published by Oxford University Press in August 2020 with open access sponsored by the Vietsch Foundation and contributed to by 20 leading figures in open source.

I grew up in a small town in rural Scotland, before the internet. It’s gorgeous and I love going back, but in the words of Andy Warhol, “the only good thing about a small town is you know, you want to get out.”  Anyway, get out I did, being the first person in my family to go to University.

At school I had been told to avoid computers as the code they tried to teach me never ran.  My father had worked hard to improve my family’s lot, but my life started pretty poor, and I lived in a council estate until I was 10.  My first job was picking potatoes at 8 years old and by 11 I was working in my Dad’s fish and chip shop, whilst attending the local private school on a scholarship. I had various other jobs when I was at school and at University whenever money ran low, I would work at weekends inputting data.

My background meant that my understanding of the world and jobs was limited and I didn’t really understand that there were so many possible careers.  I was very much encouraged into the subjects I needed for law and away from sciences and maths which I was equally good at. I do think that was a mistake as I have a scientist’s analytical brain, but I had great experience as a lawyer.

I managed to spend quite a bit of time at University, 4 years doing an Honours degree at Glasgow, then a year in New York, with the benefit of a full Rotary Scholarship. My year at New York University, was really important to me as I was on an international program and both the experience of living there and the people that I met shaped a lot for me. I also did a second, part time Masters in IP and IT law whilst working in my early days as a lawyer.

In any event, I’m a recovering lawyer, having spent 25 years as a lawyer, 20 of them in house working for an array of companies and with a specialisation in tech.  I love building new teams, have been putting tech into legal departments for almost 20 years and working on how to make new tech products work within the law, when the law can’t keep up.

My first employed role as an in-house lawyer was with Dixons the High Street retailer working as part of the tiny management team of 12, in an internet service provider called Freeserve. I think we were the first tech unicorn in Europe when we IPO’d at £1.6billion in 1999.

It was a great opportunity on the back of my having taken the first internet law course as part of my IP and IT Masters at Queen Mary’s Centre for Commercial Law Studies. I still work with Queen Mary today and helped them set up Q:Legal where postgrad students give tech start up’s legal advice.

Freeserve, was one of my three favourite roles. The other two were 5 years as General Counsel of the open source company Canonical and 18 months as Associate General Counsel at Veon, looking after FinTech in emerging markets like Pakistan, Bangladesh and Ukraine.

I’ve worked internationally since 2000 and as well as having lived in DC, New York and Amsterdam I have worked and travelled constantly to a number of European and US cities, as well as visiting Eurasia, Pakistan, Russia and Asia.  I love working with people from different cultures.

Since early 2019, I have focused on non-legal roles around Open Source, where I guess I have developed a level of commercial and community expertise.

I travel a lot, at least once or twice a month, generally to attend meetings or speak at conferences and thoroughly enjoy it.

I did plan but found that things changed based on the opportunities and that you couldn’t plan for those. It’s critical to take every opportunity you can. The things we regret are the things we don’t do.  My CV fits more with the current economy and I have moved whenever I became bored or saw an opportunity and I think that’s the right way to gain broad experience.

The sexism in law when I started working in the City in the early 90’s was frankly shocking.  A number of people should be really ashamed of the way they behaved towards young women. It certainly impacted both being offered opportunities and salary levels. It’s easy to be annoyed about it, but no point in regretting the past.

There have been a few. Making the law work at Canonical and Freeserve where the law hadn’t caught up with Open Source and the internet at the respective times are up there. I am also very proud of the work banking the unbanked in emerging markets. Oh, and the ecommerce book which had 2 editions in the early 00’s and the Open Source book coming out later this year.

Resilience and not worrying about being the only woman at the table.

I have benefited from mentors and had mentees and definitely support them. Although for me how well this works is very much dependant on the people clicking and the people who mentored me tended to be people I got to know first and then either asked or found that they became mentors to me, informally.

I don’t have a magic wand unfortunately.  It saddens me that I think it will take another generation or two for things to really change. I vest my hope in the fact that the 20 somethings I meet seem to much more gender blind.

Ask for more money. If they said yes to what you asked you were under valuing your worth.

I have spent the last year re-inventing myself as a CEO and Advisor. I was 50 last year and my challenge will be forging an entirely new business path for the next phase of my career and persuading people not to think of me as a lawyer first. 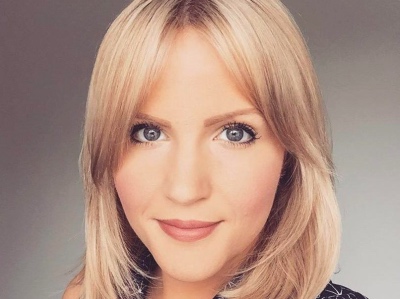 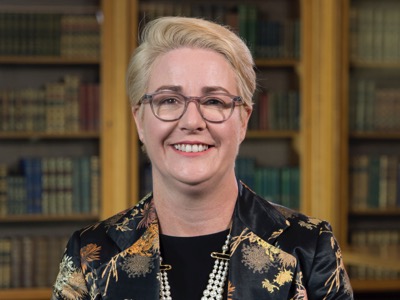 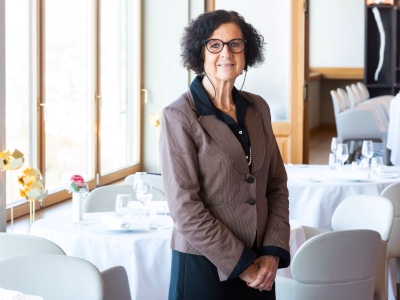