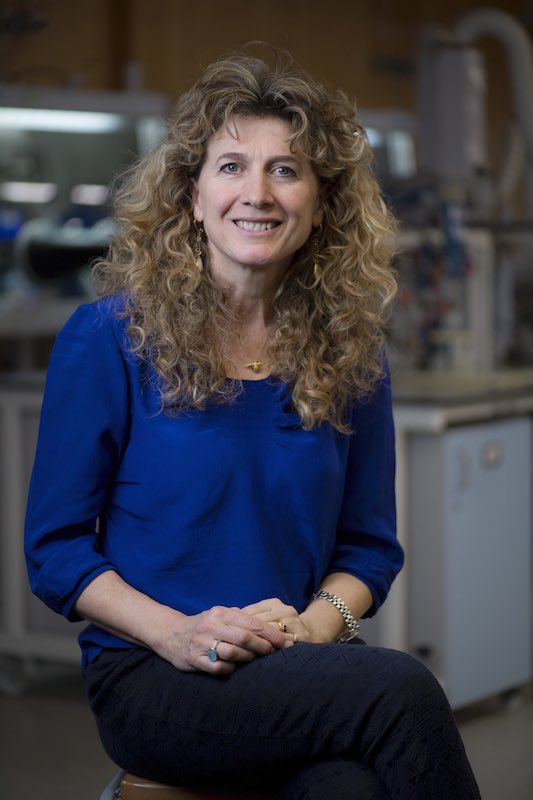 Amanda Horton-Mastin is CEO of B Corp, Semble (formerly Project Dirt), connecting businesses such as Unilever and Molson Coors into communities in order to drive positive change from the grassroots up.

Semble creates and delivers grant-funding campaigns and movement building campaigns for companies and is already supporting thousands of small, local charities and community groups through its new digital platform: ActionFunder. ActionFunder is a speed dating for companies and community groups, launching on 4th October and already has Sir Robert McAlpine, Greene King and South West Water among its early adopters.

Amanda is also one of three partners in a small wine business that makes critically acclaimed wine from a tiny vineyard in the South of France (www.domaineofthebee.com). She runs, plays tennis and cycles and is often found plunging into cold lakes, playing kitchen bridge or tending an allotment. She even has a PhD in Chemistry!

Other accolades include holding almost every senior role possible at Comic Relief. She joined as its first ever Fundraising Director in 1994 when it was raising £20m+ pa. and was central in growing it to a team of 250 people, raising over £100m+ pa. She started Red Nose Day in the US from scratch in 2014, developing the brand, creating a new team then securing and managing a multitude of corporate and other partners including Walgreens, Mars, NBC and The Gates Foundation. She created and delivered the first US event on 21 May 2015 raising $24million and increasing awareness of Red Nose Day from 0% to 46% across the US. The second in 2016 raised over $36m and the team she set up are now raising >$40m+ pa.

Before joining Semble she was Partnerships Director at Girl Effect.

After accidentally landing a job in marketing at P&G (I thought I was applying for a research post) I discovered the joy of transferable skills and swiftly moved into the Voluntary sector as a corporate fundraiser. I had a stint at Save the Children – where I formed some of my closest friendships – and then an amazing 20 years (!) at Comic Relief. I am now the CEO of a brilliant B Corp called Semble and our purpose is to drive positive change from the grassroots up by connecting businesses into communities. And we’re on the cusp of accelerating the scale of change through a new site, www.actionfunder.org  that automatically matches companies with grassroots projects that matter to their people and customers. .

Nope. I have always followed my heart and been driven by roles that spark my need to address social injustice. I love people who have a clear vision to create transformative change and have usually been attracted into roles where I believe in the people that hold the vision.

One of my biggest challenges was working out what to do after 20 amazing years at Comic Relief. It felt like leaving the beloved family I had grown up with. In the end I was surprised by how quickly the mind adapts and how new opportunities filled the void and generated new passion and energy – although I still miss many of my long-term colleagues.

I worked with a tiny team at Comic Relief to set up and run Red Nose Day from scratch in the USA, where people associated a red nose either with Rudolph or over-indulgence. It was an amazingly intense experience where everyone played a crucial role. The teamwork was extraordinary and communication was essential as we were spread across the globe (in a world before Zoom and Teams so everything was done by phone and email). Together we made it happen and now it’s a successful entity run by Americans raising masses of money every year to support brilliant causes.

I fundamentally believe in the power of the team. I love working with people that share the same values, work towards the same goals and where responsibility is shared. I don’t give up and have boundless enthusiasm – which is probably as much of an irritant as a positive – but it means I will always seek out creative solutions to achieve our shared goals.

For a while I was unofficially mentored by a very wise person in the corporate sector and it was an amazing gift. Like many, I never quite felt ready for the responsibilities that sat on my shoulders and he would challenge me and help me to stop worrying so much about what other people thought. He had an extraordinary ability to spot when I said I believed him, but didn’t really. I now mentor two young women and I love helping them to explore pathways and learn to trust themselves as well as seek help when they need it.

I am intrigued by the growing trend in incentive schemes that reward senior people for hitting ESG targets which are often applied to environmental targets. I would like to see this concept applied to creating gender equality in businesses and the public sector, ideally through legislation.  Targets should be published on websites and the leadership teams held to account.

Take advice and input from people outside your bubble, make a decision and stick with it. Take calculated risks and learn from mistakes – they are not (usually) the end of the world.

I’ve spent my whole career bringing together companies of all sizes with the little guys and social pioneers that make change happen. Now we are launching our new platform called ActionFunder which has the potential to transform the fortunes of local community organisations. We want to bring together hundreds of thousands of businesses and millions of grassroots projects. It’s a start-up within an existing business and requires a start-up mentality and investment. It’s a whole new world for me, it’s a challenge and I love it. I hope to continue to be curious forever and to use my skills and experience to support the small people making a big impact.