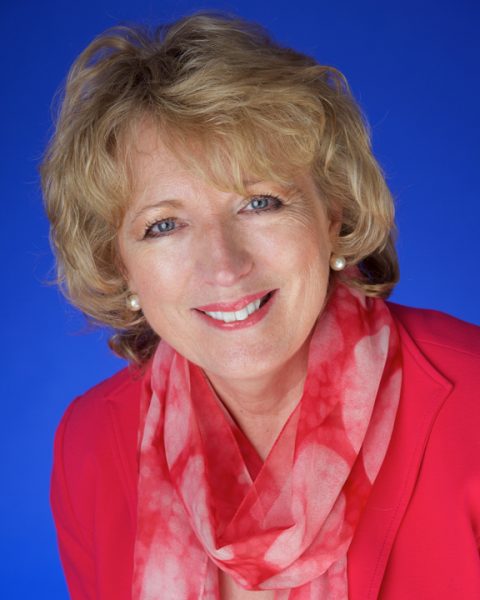 Amanda Stevens has enjoyed a legal career spanning more than 25 years in which she has been a partner and head of department leading clinical negligence and personal injury departments at two other leading law firms before joining Hudgell Solicitors in 2016.

She became their first CEO in 2017 and during that role the firm twice won “highly commended “in the category of “law firm of the year” at national legal awards. In 2020 she took on the role of Managing Director, with responsibility for London, expansion in the South and national strategic relationships.

I am state school educated and went on to secure a combined honours degree in geography and economic history. I have so far enjoyed careers in the health service as a manager and in law as a partner and head of department in two leading law firms before coming to my current role at niche injury firm, Hudgell Solicitors, where I am Managing Director with responsibility for our business in London & the South and national strategic relationships. I also sit part-time as a judge in the High Court.

I have spent much of my legal life engaged in campaigning for law reform and was proud to be voted National President of my professional organisation (The Association of Personal Injury Lawyers) by my peers in 2008.  My early health service days have led to a lifelong commitment to rehabilitation within the legal compensation process, winning the Outstanding Individual Achievement award in 2016. I have a lovely family who help me occasionally put my feet up!

Yes many times – it was a standing family joke when I was a teenager, that I carried a careers guide around with me a fair bit!  But I never actually planned for what I actually ended up doing. I had considered archaeology, librarian ship, the Dept of the Environment or the Foreign Office – all following hobbies and passions. And then of course even after I did set out on becoming a qualified hospital manager, I changed track again post-qualification to become a lawyer.

All the time! I would say nothing has ever been presented to me on a plate and why should I expect it to be?!

But organisation, motivation and sheer determination have brought me thus far. In the early years juggling small children, part-time working and living with a globetrotting husband presented various logistical challenges. And sometimes with humorous consequences like when both me and my husband talked about our respective upcoming overnight business trips but neither of us computed the fact, until 24hours before the event that childcare had not been arranged. To this day I can’t recall the solution we came up with but all survived to tell the tale!

Gosh, it’s hard to say as I am always looking to the next thing and try to carry past things fairly lightly. You best be the judge of that though I seem to recall I have had a stab at answering that before once and mentioned something along the lines of my peers nominating me for a couple of things as that, to me, is way beyond any selection process I may have allowed myself to participate in .

A strong work ethic instilled by my parents and, (cheating slightly) but I have to add an equal and related second thing… their belief that it didn’t matter that I was a girl without working female role models when I was growing up, but I could still aim for whatever I wanted to be.

I think it’s a very individual thing and very much depends on the strength of chemistry between mentor and mentee.  I have only very slightly dipped my toes in the water on this a couple of times as a mentee and it wasn’t a resounding success. I have been told I have influenced a number of people with their career choices, but I haven’t formally mentored anyone – it’s a very special skill I think.

A greater acceptance in this country, such that it is mainstream, that men can work part-time to enable them to undertake childcare responsibilities. It’s still too rare though improved on the situation when I was raising children and it was unheard of, even if one’s other half wanted to do it.

Tough question! I don’t have regrets which I think I could have solved with the benefit of more advice. I have made choices some of which have been the “hard road” but that was the only one open to me at the time. I do wish at times I could have enjoyed more of my non – work passions but I don’t see how, as professional life is demanding.

That would be telling… but I do have a plan!  On the hobby side of things, I would love to race again and do better at it (sailing that is) and there is a strong dance streak in me waiting to be trained and let free!

Previous Post18/08/2020: WeAreVirtual: How To Turn What’s In Your Head Into Money In The Bank With A Signature System webinar | Rose RadfordNext PostTwo weeks to go until nominations open | TechWomen100 Awards 2020