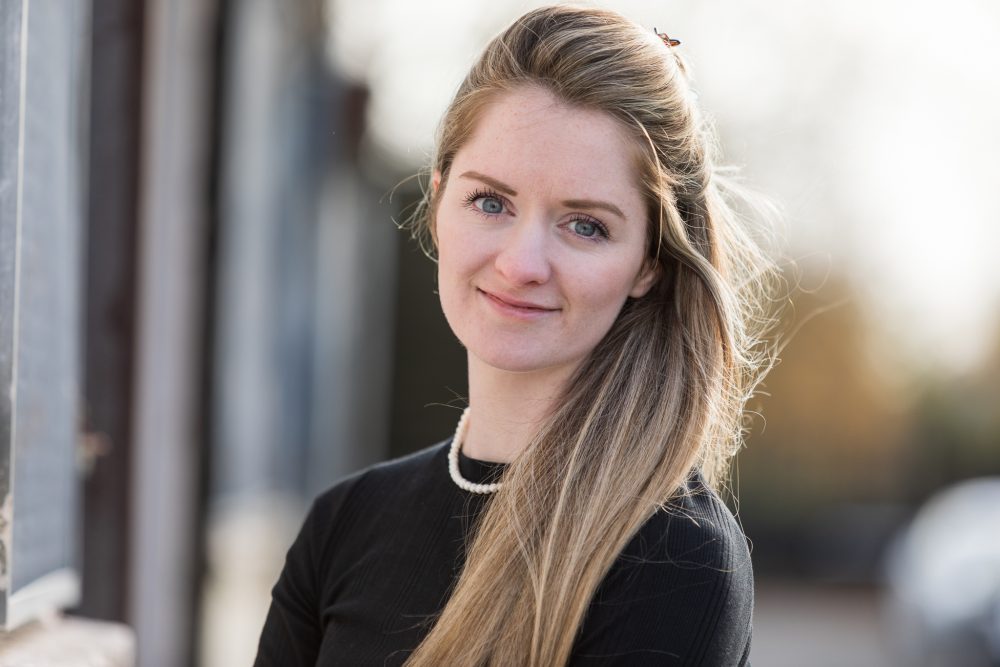 Cecelia Goodall leads one of the country’s newest and brightest start-ups in the beverage industry as the third director and CMO of The Greater Good Fresh Brewing Co.

She has contributed significantly to the business’ achievements to date, including introducing the product into major retailers domestically in the U.K. (Tesco, Sainsburys, Debenhams etc) and also internationally in Europe and the United States (Home Depot, Bed Bath and Beyond).

Cecelia is pioneering a sustainable future for beer, changing how the world will drink alcohol forever and at 30 years old, she is one of the youngest female Commercial Directors in the industry. Cecelia graduated from UCL with a 1st Class (Hons) degree in Ancient History and Egyptology.

I’m a Director at The Greater Good Fresh Brewing Co (TGG), we’ve become the second largest ‘off trade’ brewery since launching in September 2020. Despite Covid, we were able to invent and launch the Pinter, the biggest tech revolution to happen in beer for over a hundred years.

My role at TGG enables me to feed into all areas of the business, from Operations to Product Development to Marketing. My knowledge of the business due to the longevity and breadth of my career within TGG really helps with this. Most recently, I’ve been responsible for the launch and roll out of the Pinter in the UK.

Most definitely not. I went to university and did an abstract degree in Ancient History with Egyptology. I really enjoyed it and learnt to read and write hieroglyphs, but it wasn’t the most vocational degree so didn’t lend itself to any particular career path that I was interested in.

Specifically at TGG, there have been some serious highs – where we’ve managed to do things no other business in the world has – but also lows – where some months we haven’t been able to take a wage home. It’s been extremely character building!

When we started out, I found the biggest challenge was getting suppliers to take me seriously as a young woman in industry. There were many occasions where we chose to work or not work with specific manufacturers because of their attitude toward us as a young business, but also toward me as a young woman. We just did not have time for these behaviours.

I think the speed with which we built up a following and came to market. We launched TGG back in September, with a very low-key announcement to a very modest mailing list. Since then, we scaled up our marketing activities massively, reaching new audiences and channels on a daily basis. We’ve been able to make decisions and take action quickly, allowing my team to deliver on our promises.

I’m also extremely proud of pioneering a sustainable future for beer, we’ve prevented over two million cans entering the waste stream and pledged a 70 per cent reduction in packaging and 50 per cent reduction of CO2 emissions, compared to traditional beer production methods.

Success is an extremely difficult metric to define. The major factor in getting me where I am today is a cliché, but definitely has to be the team that surrounds me.

Particularly in the brewing and manufacturing, it’s a very male-dominated industry so it can be hard to have your voice heard. I’ve been incredibly lucky that The Greater Good team has always supported me, but I am keenly aware that this isn’t the case for some women. Even now, in meetings with external businesses, men will address the men in the room – despite me being more senior or the lead on the project. I strongly recommend finding the right mentor, their support and advice could make a significant difference to your professional and personal growth.

I have monthly one to ones with everyone in my team, which are really invaluable.

It’s really important to me that we have more female directors in businesses across the UK. Many corporate boards to this day still have women sadly underrepresented and I think this is to the detriment of their business. Lack of diversity at board level stifles differing dialogues, creative thinking, and is not representative of society at large.

Life at The Greater Good has been an extreme roller coaster. When I was younger, I used to be phased when things didn’t go to plan. In reality, there are normally solutions for everything so don’t waste energy on worrying about things.

The next challenge is to cement Pinter as a household name in the UK and beyond by getting brewing Fresh Beer at home as a way of life.