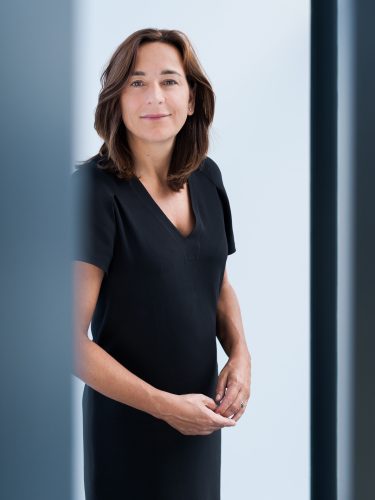 Claire Gates has global responsibility for Paysafe’s Pay Later business and services, including pay by invoice and pay by instalment.

She is a consumer finance expert with more than 20 years’ experience in successfully developing and launching consumer-centric credit solutions.

Claire’s previous roles include leading merchant processing for Citigroup, being part of the management team for Central & Eastern Europe at GE Capital, and senior positions at Virgin Money and American Express. She was also Managing Director and COO at financial services provider Borro.com.

Claire started her career as a Chemical and Process Engineer. Having completed her MBA at Warwick Business school she joined Roland Berger GmbH and later went on to study corporate finance at the London Business School.

I am part of a generation that saw women very much enter into traditional roles and there was certainly a lack of career advice. I studied Chemical and Process Engineering at Newcastle University and then went straight into a research role for genetic engineering, which was highly relevant at that point in time. But after a year I realised that I didn’t have the patience required for research. I then went into management consultancy which was really the major stepping stone into a career in financial services and the fintech sector with American Express – an excellent organisation which I still hold in very high regard today.

During my 20 years in the consumer finance sector, I have been fortunate enough to have worked for large corporations as well as start-ups and in a diverse range of roles across Europe, Asia, North America and the Middle East – all of which have shaped me personally and professionally. Joining Paysafe Pay Later in August 2017 was a big milestone for me – it was an opportunity to build and expand a proposition which adds value to merchants and consumers alike.

In short: no, but I often wish I had and I have certainly started to do so in the last five years. I would strongly recommend that individuals plan their career but at the same time try to remain flexible about embracing opportunities which come along unexpectedly.

Yes, I have faced challenges on both a professional and personal level, but with these have come opportunities. In my 20s and 30s, I really focused on my career when a lot of my peers were partying and settling down. I jumped on every opportunity and went outside my comfort zone on a number of occasions. For example, when I took a finance director role at American Express, as a non-accountant this really stretched me. Still today I often compromise on the time I can commit to family and friends.

Until last year it would have been setting up the joint venture in the UAE, called GE Money. But in 2018, we soft launched Paysafe Pay Later in the US – a highly regulated, challenging market with respect to consumer finance. It required bucket loads of tenacity and patience.

A passion for what I’m doing helps to drive me and ensure I get up every morning focused and excited for what lies ahead, despite challenges that inevitably come along the way.

I put a lot of my career successes down to the fact that I’ve been informally mentored and I really appreciate the coaching, direction, advice I have received over the years through this relationship. The impartial advice can sometimes be difficult to hear but, given constructively, it can be invaluable for career development and progression. I am also a mentor, and if I deliver only half the value of what my mentor has given me, then I’ll know I have added value for my mentees.

Build a Gender Parity programme within schools to ensure that we educate young people that there is no place for gender disparity. As a mother of two daughters, I hope that the next generation of young women and men become gender neutral within the workplace and at home.

Have a bit more patience. I am often accused of wanting everything tomorrow, but of course, sometimes things take a little longer than you’d like.

Professionally, I’d like to further expand the market coverage of Paysafe Pay Later. Personally, it is supporting my daughters through their teenage years and working with three of my close friends from MBA school on a project which relates to gender and social disparity.