Dawn-Maria France is an award-winning and accomplished journalist, broadcaster and the Editor-in-chief of Yorkshire Women’s Life. 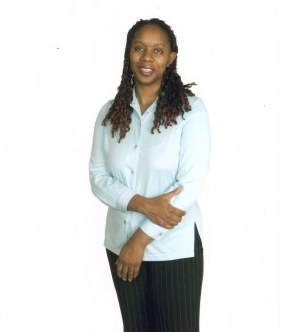 She is passionate about children’s rights, women’s rights, equality and diversity and has written opinion features for the Huffington Post about equality, women and mental health and women’s portrayal in the media.

I have a Caribbean background, with strong ties to the North of England. I am a proud Yorkshire Lass, and I love living so close to the wonderful Yorkshire countryside, which is such a beautiful escape from the busy day-to-day life.

I see myself as a citizen of the world. I’m passionate about children’s and women’s rights, equality and diversity. I have always felt strongly about these issues and have spoken about them at many women’s forums/conferences.

I studied print journalism and business management at university, including journalism ethics and my background is in newspaper journalism. My first job was as a Reporter for Leeds Papers when I was 16. I loved print day: I use to stand in the print room watching the printing press, which was magical. I loved researching and filing copy and seeing the printed article. As long as I can remember I always wanted to become a journalist.

I also often appear on national television, commenting on global news stories for broadcasters such as the BBC News channel. My current role is Editor-in-chief of Yorkshire Women’s Life, a news-based lifestyle magazine for women.

As a little girl, I was inspired by old black and white films featuring James Cagney. One of his characters worked in a smoke-filled newspaper office where the journalists used typewriters and kept press cards tucked in the ribbons of their trilby hats. It was an all-white, all-male environment without any references to females, especially not to women of colour, like me. Yet, as a little girl, I knew that I wanted to be like them: getting the story, filing copy, being a journalist. As a teenager at a press call in my first job, I was excited to place my press card in my hat, thinking, “This is for you, Cagney! I’ve made it!”

There I was, a girl of colour, saying that I wanted to be a journalist and broadcaster. I was told by my teachers that “people like you don’t get jobs like that.” I was the wrong colour. “Don’t even think of working as a journalist.” I was told that the BBC would never feature someone who wasn’t white or middle-class.

I dealt with the challenges by being determined, working hard, getting qualified and working towards my career goal. I am proud of what I have achieved. I realised that I’m actually stronger than I thought. This is also thanks to the strong women around me, especially my mum, who told me to ignore the school’s stereotyping and who told me: “You can achieve anything. You’re as good as anyone else out there!” 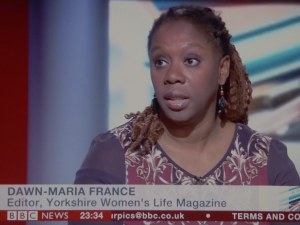 Do you have a typical workday? How does your day start and how does it end?

I don’t have a typical work day – but my day starts with a coffee and my role as an editor-in-chief entails leading on all sections of the publication, delegating tasks to other journalists. I’m lucky to be around such a talented cross-section of people, who bring so many skills from newspaper and magazine backgrounds – all of which enrich the title.

My responsibilities include editing content, contributing editorial pieces, motivating and developing the editorial team. I work with the team to ensure that the title goes out on time. I choose to work with the picture editor to make sure the visuals on the cover match our readership and focus on real women. I don’t believe in image-altering visuals.

At the end of my tasks, my day usually ends with another coffee or occasionally, a green tea.

I was lucky enough to be mentored by my first Editor when I was16. He believed in me and encouraged me and his mentoring helped me to kickstart my career.

During my first steps in the world of journalism, I would like to have seen more female mentors from various backgrounds. That would have been inspiring, especially to young journalists coming up who need strong female role models.

I give talks to encourage young girls from all backgrounds to become involved in the media, have their voices heard and their stories told. There has been more representation of women in the media in recent years, with more women behind and in front of the camera or working for magazines and newspapers – but it still has a long way to go. Why is it that the same male commentators and experts appear on so many current affairs programmes? Surely there are enough female experts? The media is missing a trick and should be more inclusive.

I would like to see equal pay in the work place. For too long, there has been an unequal balance in pay between the sexes.

How do you juggle your career and your personal life?

I try to spend as much time as I can with friends and family – it’s good to be around a close circle of friends. I’m quite organised, which works in my favour, especially with my career. This allows me to enjoy a good work-life balance.

Winning the award for Journalism from the Wings Committee made me feel that my hard work had been recognised. Also, writing my first children’s book: The adventures of Jenny and Philip – The Naughtiest Girl in the World, which is available from Amazon.co.uk. I had always wanted to write a children’s book for four to seven year olds, with a strong little girl as the main character who isn’t perfect but wants to listen and learn. I wanted engaging characters and a storyline that instils happiness and enjoyment in its young readers.

I will produce a follow-up book continuing Jenny and Philip’s adventures. I’m excited to introduce new characters and different themes. There are so many issues affecting young children in today’s society and I want to explore them in a fun and uplifting way.

I would also like to write for theatre. Again, crafting strong female leads – telling their stories in a modern setting, introducing characters from various backgrounds and races. I would love the audience to recognise themselves in my work.

Dawn-Maria’s children’s book, ‘The Adventures of Jenny and Philip: The Naughtiest Girl in the World’ is available to buy here. 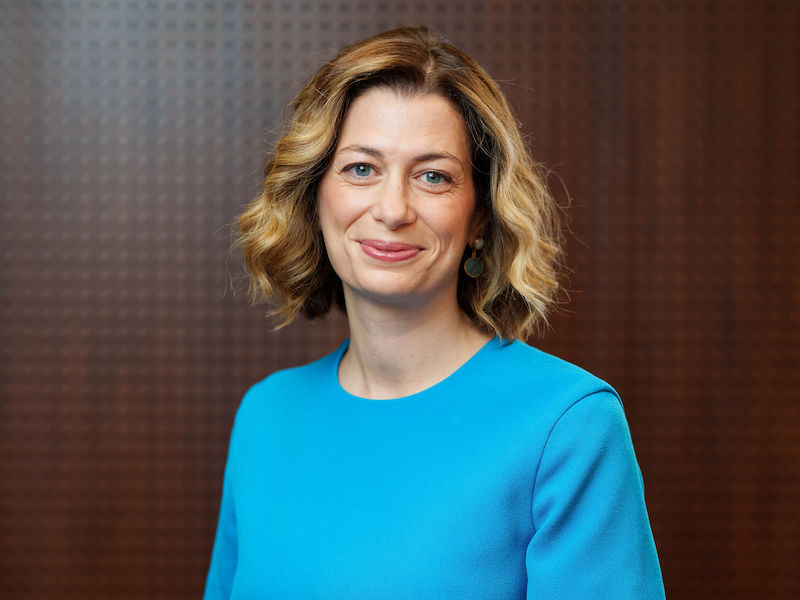