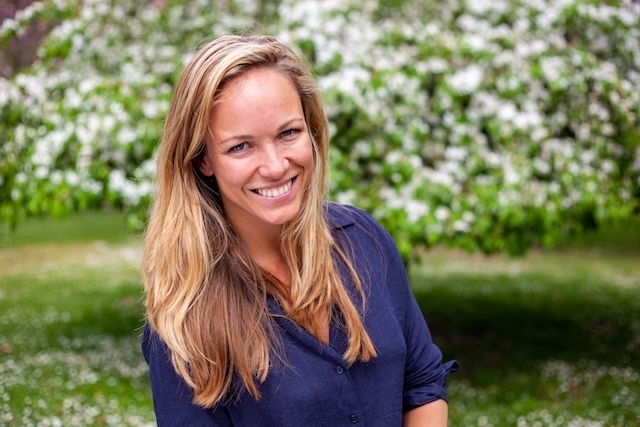 Her accomplishments and accolades are many and varied. She founded her own production company, Particle 6 Productions, which to date has produced advertisements, corporate videos, short-form informational science videos and a broadcast series Miss Holland which starred Eline herself, to name a few.

Having expressed an affinity for acting from a young age, Eline  left her native Holland to train in Drama and Musical Theatre at the Tring Park School for Performing Arts in the UK. She then went on to study Physics at Imperial College London where she researched Nuclear Fusion and graduated with a Masters. Following graduation, she worked as a maths and physics tutor whilst finding roles in several Dutch television series.

On her route to stardom, Eline also trained at the legendary improv collective Upright Citizens Brigade in Los Angeles. She was struck by the underrepresentation of women in comedy and was spurred on to create Miss Holland, a BBC 3 mockumentary following a Dutch beauty queen who submerges herself in British culture. Miss Holland went on to win Best Online Comedy at the 2013 Lovie Awards. Her partnership with the BBC also included online content, including BBC Comedy Quickies and The Gender Bias Riddle to name a few. Her online BBC content has racked up over 14m views to date. Eline also achieved the coveted number one maker position on Dailymotion due to her sketch show Bad News Crew.

Eline Van der Velden is a rare sort, the sort who can fluently meld intellectualism with artistry to create something spectacular. This is evident in her award-winning work across her respective fields, within all of which she is a respected pioneer.

I’m from a small island in the Dutch Caribbean called Curacao, but moved to the UK when I was 14 years old so my upbringing was a mix of European, American and British influences. Growing up I was fascinated with any “behind the scenes” video I could get my hands on. I studied performing arts and then physics leaving me with a curious combination of skills. After a few jobs as a producer and eventually managing director with a company sale, I was able to launch my own business Particle6 Productions. We services companies and broadcasters for online content and commercials. We make “boring” or “complicated” businesses look fun, produce digital adverts and create comedy series for BBC Three and BBC Learning.

I always tried but sometimes it’s not the best thing to do. I like to think of tennis players, being an avid player myself. There’s no point in planning your Wimbledon tournament if you haven’t won county yet. You’ll only be playing Wimbledon if you have closets and closets full of trophies from other tournaments. Nobody becomes successful out of nowhere, they were already successful in that field, they just continued pursuing it to higher and higher levels. So I like to see where am I succeeding and let’s focus on that. When I started collecting “best online comedy” statues, which was a clear indicator.

Nothing is fun without a bit of challenge. Money was the biggest challenge initially. I was working as a maths and physics tutor and pouring all my money into making online sketches until I realised it was unsustainable and had to move back from Los Angeles to start again as a marketing intern in London.

Our BBC iPlayer series Miss Holland which was also released in the Netherlands and the recent campaign for Deliveroo.

Aim for the stars and you’ll reach the sky.

I have always had great mentors around, people I admired, whose work I admired and who were keen to help me achieve great things. I mentor many of our employees to achieve their passion and dreams too.

In the Netherlands it is normal to go back to work after three months of maternity leave. Now I think it’s great that in the UK we have the option to take a full year, but some women are able to and might benefit from going back early. However they wouldn’t receive their full benefits if they did and so they stay at home longer, keeping them out of the workforce for too long, possibly creating fear about going back in. I think the total year benefit should be consolidated and given early to women if they decide to go back early, this is only commendable and should be encouraged (if they feel up to it). More part-time positions should enable this too.

Relax and don’t focus on things you are not talented at. For example, I was never going to be a good singer, however much I tried!

Taking the business to the next level. I always think what would a man do, what would one of my mentors do? Can I do the same? Can I scale this business to provide bespoke content production for business around the world and keep the quality level the same. Can we create more content like the Gender Bias Riddle where we positively influence people’s perception? Can I encourage more girls to study science and run businesses?

Previous PostDads are calling for more flexibility at workNext PostHow to get ahead in law as a woman?