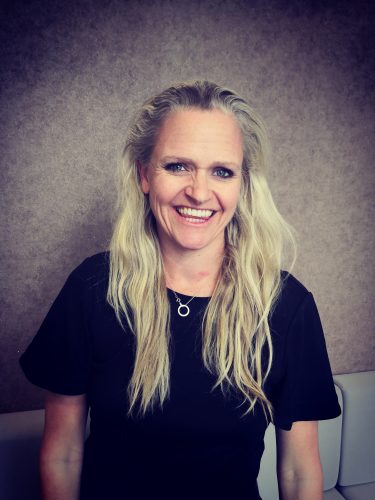 Emma is the Founder of Sistr, a platform that enables professional businesswomen to network, offer advice and mentor each other.

Find out more at sistrapp.com. You can also sponsor Emma and the rest of the Sisterhood for their Channel Swim.

I’m the Founder and CEO of Killing Kittens.  Founded in 2005, Killing Kittens is the ultimate female empowerment brand, promoting positivity for women of all ages, shapes, race and sizes. It was founded in 2005 in order to create a female-led future both online and offline. It was the first mover in the millennial females in control movement, which has since been followed by an onslaught of similar movements across social media and popular culture. I created the concept when I realised that there was nowhere for women to go to feel in control and empowered to explore their sexuality without being judged. It was spoken about in society and whilst the US show, sex in the city was bringing this to the forefront of the media, in reality there was still a real imbalance.

My background is PR; I began in financial PR and then followed up with entertainment PR, during which I witnessed a very male-dominated adult industry offering nowhere for women to go to explore their sexuality and feel in control within a safe environment – I felt passionately that something had to change.

We started as a few parties, years before social media, female focused apps and female led campaigns like #Metoo and we’ve now grown into a global movement of over 120,000 people that empowers both women and men online and offline. I couldn’t have foreseen just how current the business model would be today, as an established brand in the sex and sextech sector, it’s so interesting right now.

Actually, no.  I had the idea for KK when holidaying one year in Ibiza and decided to just, well, go for it.

So many challenges.  At different times I’ve faced different challenges but specifically, at the beginning of the Killing Kittens adventure I found there was a lot of resistance from men, who thought I was just a silly girl with a silly idea, and also, surprisingly at the time, from friends who didn’t agree with my vision for my business idea.

Most recently, we took the business through its first public funding round.  This threw up challenges I’ve not experienced since I launched the business.  The first challenge came from getting the project online, and ready, we were mid-build, we had a tech road map to keep to, so we were building and raising at the same time.  We began the crowdfund process at the end of December 2017 and closed in July 2018.  Finding the time to fit the raise in whilst continuing running Killing Kittens was very hard.

Alongside this first challenge came the test of having patience.

We launched a first phase of the crowdfund campaign privately, to our community, by the end of day one we closed at 70% funded.  From there we turned to the Seedrs platform and watched the clock tick.  Just 28 days later we’d smashed through our target.  However, the 28 days was a difficult challenge for me personally…I questioned myself constantly; ‘have we got this right’, ‘why is it taking so long to raise…did I get that wrong,’ and so on.  Thinking about it now, perhaps being 9 months pregnant at the time of going public on the platform was adding to the trepidation. In the end, I found another challenge when had to say stop!  No more investors please.

I really think that our public crowdfund is up there at the top of list, I feel truly humbled by the level of investment we received and the support and positivity we got from both our own kommunity and outside investors.

However, I’m excited to launch our newest venture from within the KK camp, Sistr.  Through determination and real grit I’m finally in the position where I can support and champion other women and how better than to offer advice to our future female leaders.

Sistr, is a dedicated platform for women to connect, share and learn from one another.  It couples female business leaders with Sistrs seeking professional help.  On Sistr, professionals gain access to a network of qualified female experts covering a whole range of industries and skills, to help them grow their business, via a mentoring option during which Sistrs can seek advice from those with more experience.

I try to turn a negative in to a positive, every time.  Someone asked me recently how I have coped with failures throughout my career and my automatic reply was “we haven’t had any business failures”…but I then gave it some thought and realised that we have in fact had plenty of concepts or ideas that have not worked out.  This I suppose could be construed as failure, but I don’t see it that way, I see these setbacks as being part of the learning process.

I live by the philosophy that in order to adapt and do better you have to fail and get knocked back.  It is how these knockbacks are handled that really matters!

Obviously, I’m passionate about mentoring.  I tell anyone just starting out to Seek out a mentor, a mentor is invaluable and someone you can trust to bounce ideas off.  Find a woman who has been in your shoes and launched their own business, ideally.

I’ve mentored several women and currently have four women that I mentor…each from a different industry and at differing stages of their careers – from start-up business owners to young girls experiencing bullying in their workplace.

I’d invest in grass roots, changing the dialogue at school level is the only way to really achieve an equal playing field.

Stop worrying so much about what people think of you!

My next challenge is relay swimming the channel, in mid-June for The Sick Children’s Trust. Work wise, Sistr is just launching and the new KK platform goes live shortly too so I have my hands full.  I’m done on the baby front with 3 children aged under 5 so I think the juggle of sport, work and family is the ongoing challenge. I’m looking more into the political side of women’s rights so you never know I may move into the political world in the future, someone has to sort the current mess out!

Previous PostAsk Esther…Help – I’ve agreed to speak on a panel in SwitzerlandNext PostShared parental leave: a revolutionary concept, but sadly moving at a glacial pace of change