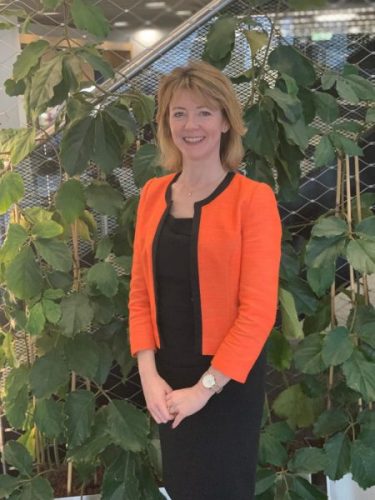 Emma Stranack is the Head of Business and Consumer Communications at the Financial Conduct Authority.

She is currently working on an FCA campaign to help people who were mis-sold PPI to complain with confidence ahead of the PPI claim deadline on 29th August 2019. Get help now at fca.org.uk/ppi or call the FCA helpline on 0800 101 8800.

I qualified as a barrister, but relatively quickly decided to change tack and went into advertising.  I started off working in the private sector in marketing and PR agencies, before moving in-house within government including the Home Office and Department for Transport. Now I’m at the Financial Conduct Authority (FCA) – where I’ve been for five years. I am Head of Business and Consumer Communications, running a department delivering Editorial, Brand and Digital, B2B Communications and Events, and Campaigns. The FCA hadn’t previously had a marketing campaigns capability, so I was excited to bring this expertise to the organisation and to build the team.

Outside the office, I’m a presiding magistrate in the adult criminal court and a trustee for a London homelessness charity, an issue I have been supporting since helping to launch the Big Issue early in my career.

Yes and no.  When I was a child, I really wanted to be a ballet dancer but soon realised that I would never be Margot Fonteyn, so kept it as a hobby instead of a career!  I was attracted to the law – but whilst qualifying as a barrister I worked at an advertising agency and loved the creativity, the variety and the challenge of reaching and influencing different audiences.  I found the skills and strengths of an advocate were readily transferable to a career in communications.  I learned different communications disciplines at a number of marketing agencies with a view to moving client-side.  The opportunity to work on crime prevention and police recruitment campaigns at the Home Office was when my career path felt like it really came together as I was able to combine my experience in communications with my interests and background in the justice system.  Ultimately this led me to my role at the FCA. I’ve always had a passion for justice and fairness, which is intrinsic to a lot of the work I do now through our ScamSmart campaign where we help people avoid scams, and our PPI campaign signposting help for people who have been missold.  It’s a fantastic opportunity to make a difference to businesses and consumers, and the scale of ambition at the FCA means we can – and do – really make a difference.

One interesting challenge at the FCA was persuading the organisation to use the animatronic head of Arnold Schwarzenegger as our creative ‘face’ (literally) of the PPI campaign! PPI is a topic people tend to switch off about, so we needed to do something bold to get noticed. But I also had to consider the authority and credibility of the campaign and the organisation. We conducted extensive market research which showed strong evidence to support our decision to use Arnie to get people’s attention, balanced with our FCA spokesperson to reinforce the more serious messages.  We are really pleased with the results so far – over three million people have visited our website.

Throughout my career I have been fortunate enough to work with a lot of talented people on worthwhile causes.  In government, I worked on campaigns that tackled knife crime, and drink and drug driving; increased diversity in the police force and supported counter-terrorism projects, to name a few. I’m also extremely proud of helping orchestrate the launch of the Big Issue in London during my time at an agency.  It’s impossible to choose one highlight and I think my biggest successes are when I’m able to help other people grow in their careers and see them achieve their full potential.

Working with a diverse range of people with different perspectives and skills is a major factor in achieving success.  On a personal level, I have found that pushing myself slightly out of my comfort zone has really helped me to grow and develop. Feeling the fear can be a positive thing sometimes!

I think mentoring is fantastic. I am currently mentoring two people at the FCA as part of our mentoring scheme, while another mentee I have worked with has now been promoted. We also have a reverse mentoring scheme where BAME colleagues are paired with someone more senior to mentor, sharing insight on some of the challenges that they have faced. This helps the leadership team to be more aware of issues they may never have considered, let alone been faced with, and helps us create a more inclusive workplace.

Do you look up to anyone as a mentor or guide?

I am privileged to have had some inspiring mentors throughout my career.  And my mother has been one of my biggest influences – she was a magistrate and instilled the importance of fairness and justice in me. She’s also always been involved in charitable work, such as volunteering at the Citizens Advice Bureau, which has prompted me to incorporate this into my career and life generally too.

I think that every organisation needs to have an active plan in place to champion  gender parity. This shouldn’t just be a policy that sits and gathers dust, but one that is intrinsic to the organisation and how it operates. Everyone should be involved in enacting the plan and working towards these goals.  We’re taking an active approach at the FCA and have set ourselves challenging targets which is a good way of holding ourselves to account.

‘Feel the fear and do it anyway’. When I was younger, I was less confident to speak up or to give my opinion. As I’ve become more experienced, I have found that I worry much less about what people think and I know that feeling a little fear means it’s important to me. I would tell myself to be more confident and speak out, even if it felt intimidating.

An important priority this year is the FCA’s PPI deadline campaign. The 29 August 2019 is fast approaching, after which point consumers won’t be able to reclaim mis-sold PPI. We need to ensure as many people as possible know about the deadline and that those who were mis-sold feel confident to complain before it’s too late.

Can you give an example of an influential woman in the workplace who you have worked with or are currently working with?

Singling out one woman is impossible as there have been so many women who have inspired me throughout my career and in my personal life. I have had six female bosses in my career, all of whom encouraged me and gave me opportunities to stretch myself. I have learnt something valuable from each one of them. I’m also inspired every day by some of the brilliant and insightful people – of all genders – that I work with in my role at the FCA, both within and outside of the organisation.

0Shares
Emma StranackFCAFinancial Conduct AuthorityHead of Business & Consumer CommunicationsInspirational Woman
Previous PostNo clichés here! These are the top five words to include on your CV this yearNext PostWhat are we missing when it comes to achieving gender balance? 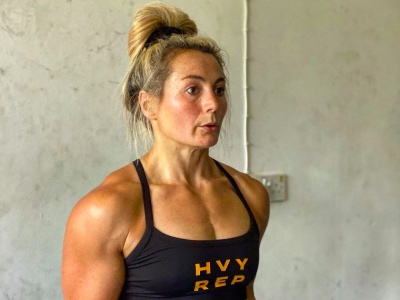 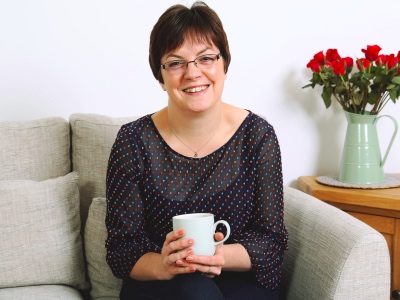