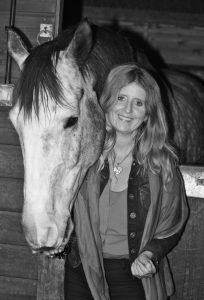 Eva Hamilton MBE is currently Founder and CEO of Key4Life which as she says is the most exciting and lifechanging programme she has ever been involved with, turning the lives around of some of the most disaffected young people in Britain.

She has worked for 34 years with some of the most marginalised groups in the UK, including: co-founder of the veterans charity ‘The Warrior Programme’; she helped launch the ‘Ready for Work’ programme, Business Action on Homelessness at Business in the Community, helping homeless into employment, which was rolled-out across 23 cities and HRH The Prince of Wales’ ‘Seeing is Believing’ programme, taking top 250 FTSE business leaders into inner cities.

In 2005 she was awarded an MBE by HRH The Prince of Wales with whom she has been closely associated for 30 years. Eva was born and grew up in Ireland and moved to Somerset in 2006. Eva has two grown up children and has balanced her working life with being a Mother and looking after her animals at her home in Somerset.

I grew up in Ireland and when I was 18 I went to Mother Theresa’s home for dying in Calcutta where I had an epiphany moment – I realised that I was never going to make loads of money but that I was here to serve.

I had my own challenges growing up but I was lucky enough to meet a woman called Dame Julia Cleverdon, a very prominent woman who hired me to help her work with the Industrial Society and then with one of the Prince’s Charities – an outreach charity called Business in the Community.

Then Prince Charles HRH The Prince of Wales came up with this idea called ‘Seeing is Believing’ – and that was my first role that I ran for him. I did it for around 5 years taking senior business leaders into the inner cities of Britain.

Afterwards I set up ‘Ready for Work’ which was a model for the homeless to get them into employment and it was at that point that Marks & Spencer’s got behind us putting in half a million pounds and offering 1000 placements allowing us to roll it out across 23 cities.

I became despondent when I started to see some of the homeless back on the street. They always cited that their demons had come back to haunt them. After 20 years at Business in the Community I left to set up a new Charity The Warrior Programme.

So I started to look into ways to ‘unlock your pain’ and I found NLP (Neuro-linguistic programming) and other techniques.

The Warrior Charity helping to turn the lives around of 500 ex-service personnel coming back from war-torn zones with PTSD.

Then when I saw the London Riots take place with children as young as 8-years-old rioting, I knew something had to be done.

In my personal life I had a bit of a wobble in 2011 and my horses were a great source of strength that helped me to tackle my depression.

It made me realise I wanted to put a brand new model together for young people either in prison or at risk of going to prison.

So I created a 7 step model where the horses play a massive part influenced by methodology from America.

I never sat down and planned my career. I just knew that whatever I was going to do, it would have to be meaningful.

There was never a long-term plan, I find myself focusing my efforts on issues which are often overseen and not being addressed.   I have often felt  that up above has given me little nudges and I’ve certainly had quite a few nudges in my career to date!

The biggest challenge for me was when I was young was my father being an  alcoholic and abusive when we were growing up.

That feeling of instability and not having a solid foundation growing up was quite tricky at times. I think that resulted in not knowing who I really was and getting caught up in taking things I shouldn’t have  to run away from my reality which led to mental health issues.

I’ve been in a very bad way and it’s a really frightening experience. I’ve never experienced anything quite like it and I wouldn’t want my worst enemy to go through it.

My greatest achievements are my two children, who I am so proud of.

Outside my personal life, my biggest achievement has been setting up charities – I’m so proud of all of them – but the one I’m currently working on, Key4Life, has been one of the most challenging but equally one of the most rewarding.

What one thing do you believe had been a major factor in you achieving your success?

I think for me it’s my spiritual side that has brought me to where I am today. I work on myself everyday with methods like meditation which helps me to understand myself and to understand why I operate in the way that I do.

I’ve had to overcome so much adversity, so much internal pain that it’s instilled a drive, a self-belief and the courage to achieve my goals.

How do you feel about Mentoring? Have you mentored anyone or are you someone’s mentee?

I’ve kind of mentored hundreds of people over the years and always try to stay in touch – I even had a homeless woman who I mentored  25 years ago call me last weekend for a catch-up.

I’ve been lucky enough to help people through the charities I run but I always try to do more.

I’m a great believer that it’s not a one-way street, I learn a lot from them too.

I think it’s all about celebrating success and raising the profile of the amazing work that women actually do.

I don’t think we celebrate female achievements enough – not just in the workplace – but in everything they do.

I think for me it’s the celebration, the telling of the story of what’s possible that has the power to change attitudes.

I work in a predominantly male environment – going into prisons and dealing with the young men inside – but I think it’s all about how you are, I’m not thinking about whether I would do this differently as a man, it’s all about the merit I’m bringing to the table.

If you could give one bit of feedback or advice to your younger self what would it be?

I’d say to myself to slow it down and not be so self-critical. Learn from your mistakes and realise that mistakes make you a better and stronger person.

I’d love to see more equality in the workplace and to see Key4Life’s YOUNITED campaign (that we launched earlier this year with the lovely Nile Rodgers of CHIC) take off .

The next challenge is to get many more companies around Britain, and then the world, to fly the YOUNITED flag by giving another chance to someone who might have made mistakes in life and create equality in the work place and unlock the potential of some of the most disaffected young people.