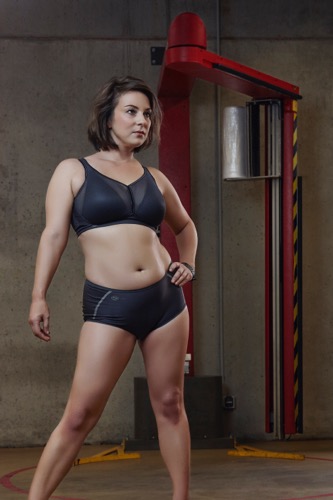 How did you find out that you had the BRAC gene?

I don’t! Despite having a family history – my mum has been diagnosed twice with both separate cancers and in both breasts, and great aunts have died young from breast cancer – we do not carry the BRCA mutation.

BRCA is found in hormone negative cancers. Our cancers were hormone positive/receptive, but the team at St Mary’s Hospital advised us they were aware of other genes they haven’t been able to isolate or identify and that due to age and recurrence, we are likely in the as yet ‘unidentified’ group.

The wait was the hardest.

You’re told at the start of the process it takes no less than eight months. In total, I waited nearly four years and I just didn’t feel like I could make any plans.

My entire life was on hold.

My decision never wavered but I just wanted – needed – it done as soon as possible!

Every year was another year closer to being too late.

Since the operation I feel like me again, only like me with extra as the dread, fear and worry has gone. I woke up laughing (seriously)!

From the start I had the backing of my entire family. However, it wouldn’t have made any difference if I had not had that support. I decided I wanted this surgery after my mum had cancer the first time – nearly 20 years ago. Other people’s opinions on the subject are irrelevant when you live every day wondering if and/or when you too will find a lump.

I became involved via the Hereditary Breast Cancer Helpline. I was introduced to Becky through mutual friends when word got out about my decision.

Last year, Becky convinced me to do a skydive for the charity. This year she had me applying to get undressed in front of a camera and an entire working factory! I can say hands down that the skydive was the easiest of the two. Also, I’m never drinking gin with Becky again!

On a purely selfish level, she added about two years to my wait, so her timing could have been better!

But in all seriousness it’s a good thing. Someone so high profile and known for their looks makes a huge difference and can only encourage women who have doubts or have seen older operations.

I know women who had mastectomies 15+ years ago and I cannot stress enough how completely different the methods and results are today.

Cancer was always whispered about and never openly discussed, which has caused more fear than necessary.

You only heard about it when people died.

I’m a big believer in knowledge being power

I hope it helps to destigmatise and desexualise breasts, so that more woman feel empowered and have the courage to be comfortable within themselves and not feel they have to hide away and not discuss because it’s ‘breasts’.

Not for me to answer. The funding just isn’t there as it is for the support once diagnosed, so it’s up to us to raise the awareness.

There are so many places to get support that the information can be overwhelming. The HBCH is a great place to start, as they also have a website and Facebook groups where you can meet hundreds, thousands of women who have the BRCA mutation and/or had mastectomies.

Research. Read everything. Make sure you are happy and comfortable with your surgeon and don’t be afraid to ask them anything.

Trust your gut instinct, as it will be your best guide. Ultimately, it’s your body and you have to be as certain as you can be before deciding to undergo major surgeries.

Previous PostWomen in the Workplace 2020 | McKinsey & CompanyNext PostWhat rights do working parents have when there is a Coronavirus outbreak at school?