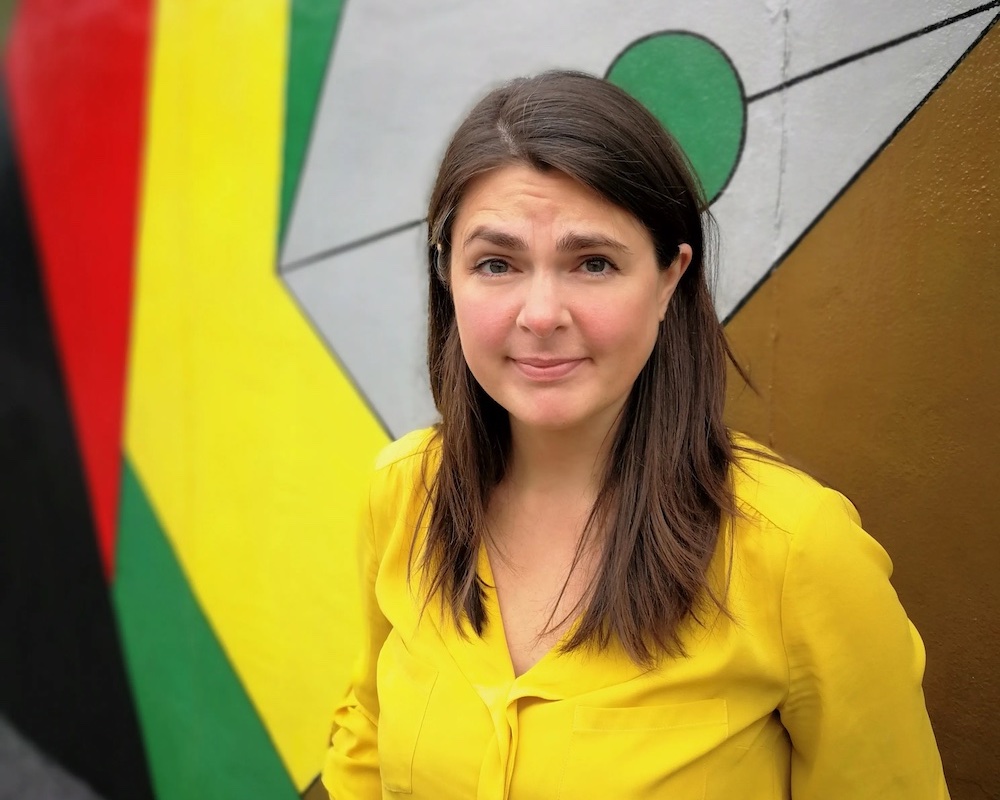 Joeli Brearley is the founder of the charity and campaign group, Pregnant Then Screwed which she established in 2015 after her own experience of pregnancy discrimination.

She writes for the Telegraph, is the winner of the Sheila McKenzie: Campaigner of the Year 2021 award, the Northern Power Women: Agent for Change award, is an Amnesty International Human Rights Defender, a member of the United Nations Working Group: Women’s Human Rights in the Changing World of Work and is one of British Vogue’s 25 most influential women of 2021. In January 2021 she took the Government to court for indirect sex discrimination due to the way self employed mothers were being financially penalised by the income support scheme.

Her debut book: ”Pregnant Then Screwed: The Truth about the Motherhood Penalty’’ was published by Simon & Schuster on the 4th March 2021.

If seven years ago you’d asked Joeli Brearley if she thought she’d one day be celebrating winning a court case against the government and proving that pregancy discrimination existed, she would have laughed at you.

Maybe, if she could have worked up the energy. In the year prior her employer had fired her by voicemail two days after she’d told them she was pregnant. She’d tried to sue them and ended up having to drop the case because her doctor had told her the stress would harm her pregnancy. And she’d given birth to her first child, unsure of what she was going to do for work, worried about money and feeling completely defeated.

“I suddenly had no job, I had no income, I had no plan,” she says. “I was reliant on my partner to pay for everything and I [was worried] the baby was going to die so I just felt like I’d lost everything and failed at everything. That whole process radicalised me and completely changed the way I look at the world and that was the start of it really.”

The “it” was Pregnant Then Screwed.

What started as a space for mothers to share their experiences of maternity discrimination grew and is now a fully fledged charity dedicated to ending the motherhood penalty. It lobbies around the gender pay gap and other forms of maternity discrimination, offer a free legal advice line to support women going through pregnancy discrimination, and support women going through the legal process. They also offer events and coaching for women to help them rebuild their confidence after discrimination and find work that works for them. And on top of all this, in 2021 Brearley took the UK government to court.

When Covid 19 hit and the government offered the self-employed income support scheme (SEISS), Brearley realised that the way the payment was being calculated would discriminate against new mothers. Despite lobbying the government on this nothing changed and so Pregnant then Screwed took it to court.

In the first instance they lost but Brearley wasn’t to be defeated. They took the case to appeal and won. It was, she says, the greatest moment.

“It felt like women advocating for themselves when the government failed to advocate for them, there were thousands of people that got involved in that case. We had a legal team that was pro bono, the unions got involved, we had over a thousand contributions to the Crowdfunder to help us pay for both the first court case and the appeal. We had hundreds of women giving their testimonies.

“It felt like a team effort with women going, ‘no this is not okay and you can’t pretend that it’s fine’ and so that felt pleasing on so many different levels.”

In the past seven years she has gone from trying to fight discrimation by herself to leading what feels like an unstoppable movement.

If you follow Brearley online you’ll see women commenting on her posts, cheering her on and thanking her for her support. She’s become a champion for them, saying the things they fear they’ll lose their jobs if they say. This is all a long way from where she started.

“When I decided, in 2017, that the only way to make the Government listen was to do a national protest in 6 cities across the UK, there was no team, so it was me and a bunch of volunteers and we did it on a total shoestring. The whole thing cost us four and a half thousand pounds and we did six marches simultaneously across the UK and I totally expected, I would turn up at the London march and it would be like that Father Ted episode where there’s a protest happening and it’s just two people and it’s raining.

[But] t2000 people came and it got loads of press, was discussed in parliament and all sorts of stuff. So it was the most terrifying thing I’ve ever, ever done in my entire life but it paid off.”

You might think that eight years of campaigning and pushing for change and still having to point out to the government when they’re discriminating against women would have taken some of her energy away but it seems as though Brearley thrives off it.

“I think campaigning is about losing. You don’t win when you campaign and I have come to accept that. It takes years and years and years, particularly with what we campaign on and that is really depressing because you work really, really hard.

“But when you’re feeling down and depressed you’ll get a lovely message from somebody who we’ve supported through the advice line saying, ‘’without you I wouldn’t have been able to challenge this’ or ‘my employers completely changed the way they look at this issue, they’ve changed their systems and processes because I stood up for myself and I only had the courage to do that because of Pregnant Then Screwed.’’ These positive changes invigorate me.

“They give me the energy I need to keep going.”

She believes that now is the time for business to really step forward and show that it supports mothers in its workforce.

She wants companies to commit to getting rid of NDAs, look at the systems and processes in place around pregnancy and properly listen to women.

“We’ve got a skills shortage in the UK and so if employers really want to be putting themselves above other competing companies then they really need to be looking at flexible working. Make sure that flexible working is embedded in their organisation, that all jobs are advertised as flexible from the outset because we know that improves and increases the number of women that apply.  So if you really want to attract more talented parents to your company, think about the problems that they’re experiencing and find solutions to them. Childcare is a really obvious one.”

In the meantime, Brearley will keep advocating for the rights of parents, keep pushing the government to do better and keep supporting the women facing discrimination. And the world will be better for her.

Pregnant Then Screwed: The Truth About the Motherhood Penalty and How to Fix It | Joeli Brearley

Imagine suddenly being sacked from your job. After spending years building your career, it’s all taken away in just one moment. Why? Because you told your boss you are pregnant.

This happened to Joeli Brearley. And she quickly realised she wasn’t alone – 54,000 women a year are forced out of their job because they dared to procreate, and three quarters of working mothers face workplace discrimination. And this was before the pandemic, with its never-ending cycle of extraordinary childcare challenges and overt pregnancy and maternity discrimination, resulting in a tsumani of mothers exiting the labour force.
Pregnant Then Screwed is an expose of the unscrupulous work practices and antiquated systems that we’ve been conditioned to accept and a toolkit for how to challenge them. It’s full of practical advice to help you navigate systemic barriers when they slap you in the face.

Whether you’re a mother who is sick of being sidelined, undermined, and underpaid. A ”stay at home” mother who wants to work but can’t. A future parent who is scared that having children will affect your career. An employer who wants to get the best out of its parent employees, or you simply want a stronger, fairer economy, Pregnant Then Screwed is a compelling manifesto for change and a call to arms for all women. 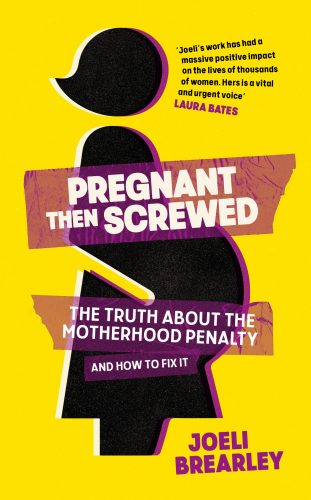 Previous PostHow can we support neurodiversity in the workplace?Next PostWhat managers should know about postpartum depression