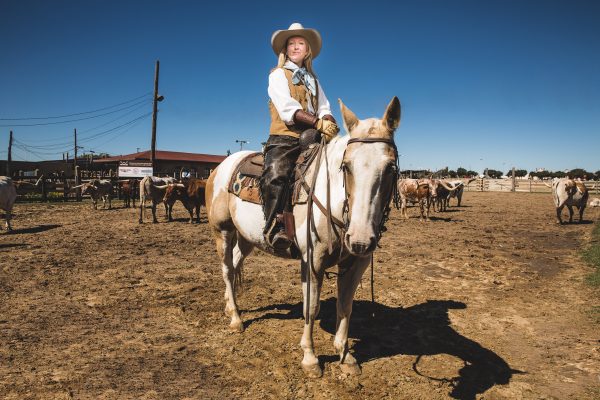 Kristin was raised around livestock and horses from a young age which ignited her interest in this industry.

Kristin acquired the title ‘Trail Boss’ in 2002 obtaining the responsibility for the day-to-day administration of the world’s only twice daily Texas Longhorn Cattle Drive the Fort Worth Herd, managed by the Fort Worth Convention & Visitors Bureau.

In 2001 Kristin graduated from Tarleton State University with a Bachelors of Business Administration in Marketing and in 2007, with a Master of Science in Management and Leadership.

The cattle drive in Fort Worth sees Texas cowhands drive a herd of Texas longhorns through the city centre in Fort Worth every day at 11:30 a.m. and 4 p.m. The cattle drive dates back to June 12, 1999, when 15,000 spectators came to watch as the Fort Worth Herd made its first cattle drive to the Fort Worth Stockyards National Historic District. A herd consists of 16 Texas Longhorns, each steer representing one decade from Fort Worth’s colourful past, and a diverse team of drovers clad in authentic 19th century clothing. It is the world’s only cattle drive and it was pivotal in restoring the Texan economy following the Civil War. Fort Worth provided a final opportunity for drovers to purchase supplies before venturing out onto the five hundred miles of unsettled wilderness that extended to Abilene, Kansas.

In my childhood I was given the opportunity to ride horses and raise mules. I was raised in a beautiful climate and environment and spent most of my time outdoors amongst wildlife and domesticated livestock, whether it be the desert or the forest; riding horses was my passion. I was certain I would become a veterinarian, but very quickly learned that I have too much of a personal emotional attachment to animals to ever have pursued that career. At the Fort Worth Herd, I am able to select, care for and be the primary caretaker of the Texas Longhorns and horses that are the true foundation of the programme. Each of the Longhorn steers has a story to tell, some of them grow into magnificent steers whilst they are here at the Stockyards and most of them will retire as celebrities.

In my professional life I like to live by a simple statement: that what we did yesterday, we can do better today. So the challenges that we face and have worked through have taught us how to make changes in our structure, procedures and sometimes even programming. Over the years I have had some significant challenges, mostly with personnel in safety situations. Sometimes it is a matter of opinion but my mentor taught me one very important lesson that I will never forget; if you don’t want to read about it tomorrow, do whatever you can to fix it today. Therefore I am a policy enforcer and a challenge with enforcing policy is that animals can behave in unpredictable manners at times!

The subject of me being the ‘lady boss’ is very common. If I could change one thing, it would be that women don’t focus on gender. A strong woman leader doesn’t act any differently because of her gender and I do feel as if women are often in a professional war but it can be overcome with strong leadership and management skills.

I absolutely love mentoring someone who is motivated to learn, to succeed and is open to growing. I have had several mentees in our team and I am so proud of their successes. Over the years, I have had the opportunity to build great relationships with the individuals who I have been able to pass on my knowledge and life skills. My mentor is also a dear friend who is not afraid of asking questions, making decisions, being in difficult situations, telling the truth and facing difficulty head on and is the biggest cheerleader I’ve ever seen – a great coach!

My biggest achievements are being awarded the Exceptional Performance Award; City of Fort Worth (2005), Western Heritage Trail Boss Award; Score a Goal in the Classroom (2010), Patriot Award and the Above and Beyond Award from the Employer Support of the Guard and Reserve (2011) and Fort Worth Business Press’s ‘40 under 40’ Award (2012).

My future is changing as the district and programme changes. I recently acquired a horsemanship training certification that was on my list of goals and now it’s time to push to learn more. I am driven to continue to learn so that I can help others, I pride myself as a leader which is what I enjoy the most. And let’s overcome that professional war. 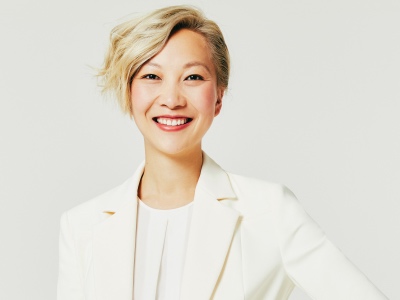 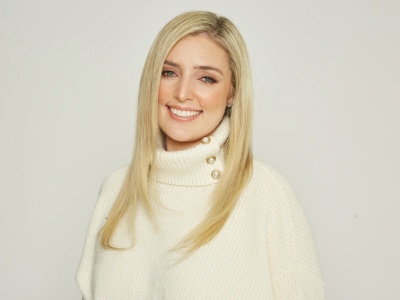 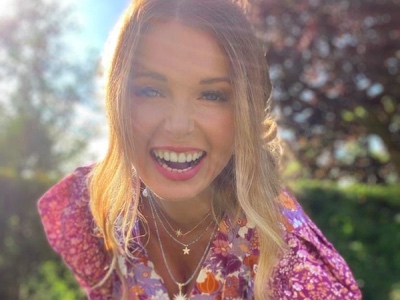