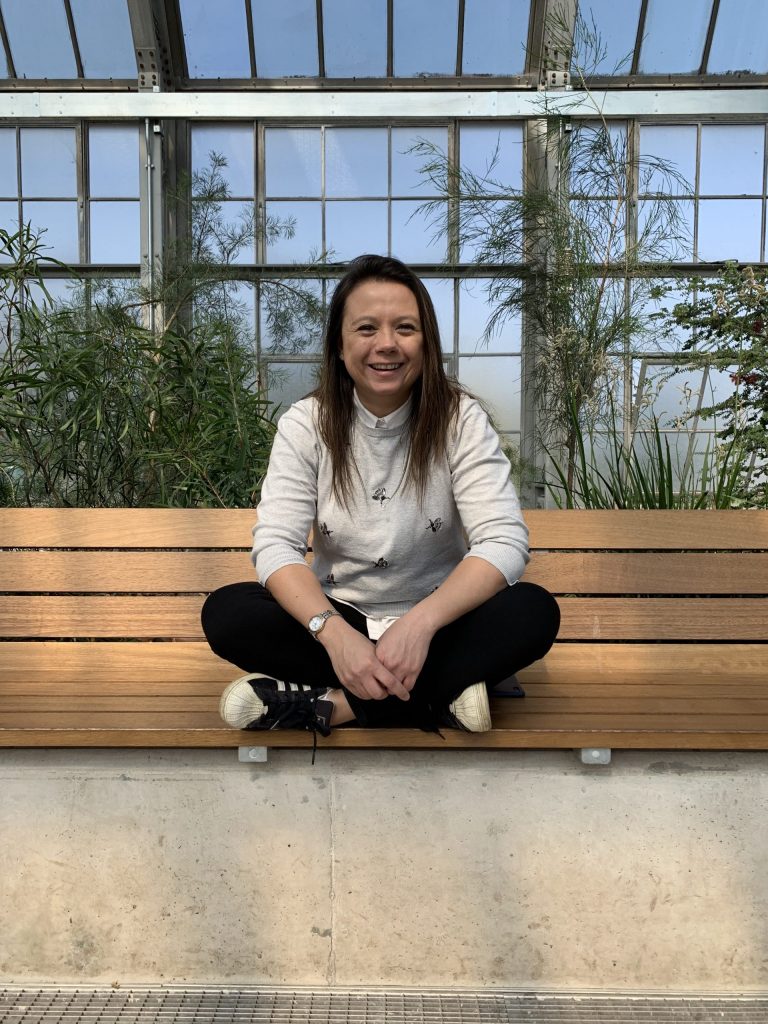 I founded and run my own publishing company.  I started in music publishing in 2004 and have moved around the industry in various roles but I really wanted to return to publishing.

I wanted a more creative role but realistically my CV only has royalties and finance on it so I was going to struggle getting a role that I wanted so I started my own company.  I still work as a freelancer doing finance and royalty projects and that is funding my company and life whilst May Music grows.

No! As a teenager I needed to find a way to leave home so I decided to go to University. I was good at music so I studied music.  I was a performer so the dream was to become a session musician and tour around the world.  However, before going to university I met a boy and that changed things.  Before graduating I went to the careers library at my uni and they found every possible job that I could do with a music degree still related to music.  That’s when I found out about music publishing.

When I was 30 I was diagnosed with an aggressive type of non Hodgkin lymphoma.  I was working at an accountants at the time doing royalty audit and accounting and I decided to resign and concentrate on staying alive. I underwent a pretty intense 5 months of chemo including high does therapy and a stem cell transplant. It took a year to recover from that. I took a part time role at a festival whilst I was still working out what I wanted from life.  In the past I’ve hidden my health issues but now I’m just up front about them.  I can still suffer with fatigue so I really need to think about not over doing it or making sure that there is enough time to fit in a lie in if I need to.

I’m not really sure about biggest but getting my first royalty statement was one of my proudest.  It was only for about €30 but it was the first sign that I was definitely on the right path.  But the achievements just keep coming, I’ve had 7 signings since July, some of them are bands so I’ve gone from 3 writers to 22 in a short space of time.  I’m so excited about 2020.

It sounds really corny but I’ve always had the full support of my husband (he was the boy by the way).  He totally believes in me and my vision and sometimes also pushes me to step outside the box.  I was the higher wage earner when I left my job and started my company, he was totally on board.

It’s really important to pass on what you know.  It’s also important to remember that your mentors can in fact be younger than you.

I managed a young team when I was working at a label and I did my best to give them an all round knowledge and support their ideas. They also gave me a different perspective on how I sometimes see things.

I have had a few of people reach out and have given me some really good advice in terms of running my business, it’s really nice that there a people that want to see you succeed.  I’ve been really lucky with some of the people I’ve met along the way and I’m still able to pick their brains when I need to.

I’m not sure if there is one thing. I think it’s key for people to understand what they are worth and what their value is.  Be clear about what you bring to the table in any situation and don’t be afraid to speak up for yourself.

Don’t be afraid to put your opinion forward or question what people are telling you.  Just because it’s been done one way for a number of years doesn’t mean it’s the only way.

And, if you think you deserve a payrise ask for one.  Don’t wait until you are ready to leave, once you’ve had thoughts about moving on it’s really difficult to stay.

My company is in the growth stages and publishing income takes a while to filter though so the next stage is to make it a commercially viable business and continue to grow the roster in the way that I have.  I wanted a diverse, gender balanced roster and so far I’ve achieved this and I want to grow in the same way.