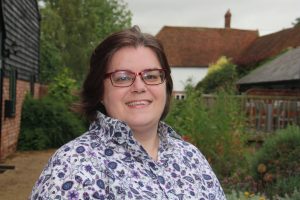 Leona has had a fascinating career and spent many years in the army, rising to the rank of Colonel (one of only a few women in that position), a rank she still holds as a volunteer.

Leona is a great role model for women and an example of how the skills of leadership and management in the army has helped her to shape a successful career in the private sector where she now is now the COO of  award winning and successful marketing and branding agency Focus7.

Leona is also a leading expert in diversity and inclusion including LGBTQ+ rights and was recently awarded the IoD Director of the Year for Diversity and Inclusion. She has taught Leadership and Management at Cambridge University Officer Training Corps and has spoken at the Royal Military Academy Sandhurst on Inclusive Leadership.  She has spoken on Women in Business at the Women’s Equality Party Conference and to leading brands such as Sodexho, Hiscox and Essex and Herts Air Ambulance and to members of the Welsh and South West Contact Centre Forums members including LV, NFU, Ageas, Capita Life, First Source, Sky, Vodafone, RNIB, Somerset Police and Nationwide.

I graduated from the Royal Military Academy Sandhurst in 1991 and was commissioned as an Army Officer.  My army career spanned 30 years, 21 of them as a Regular Army Officer leading troops on operations, commanding training units and serving in the UK, Germany, Bosnia, Kosovo and South Africa and I still serve as an Army Reservist and am Colonel Commandant of Essex Army Cadet Force. When I left the army one of my first roles was working as Programme Manager for the London 2012 Olympic and Paralympic Transport Operational Readiness and Testing Programme.

In June 2015 I co-founded a multi-award-winning brand led digital marketing agency called Focus7 alongside two business partners and am now the Chief Operating Officer. The experience gained through my army career has enabled me to develop practical understanding of corporate governance; leadership and stakeholder relations and engagement; strategy and finance. I apply this knowledge through my role as a board director at Focus7 to deliver best practice in the successful day-to-day running of the business.

I have always been a champion of diversity and inclusion and am one of the founders of the Army Cadet Force “Step Change” Diversity and Inclusion Project. With 40,000 cadets and 10,000 adult volunteers, the Army Cadet Force is the British Army’s sponsored youth organisation. My objective is to enshrine inclusion and promote diversity throughout the organisation.  In business, I hope to effect change and encourage Directors and Leaders to understand the benefits of adopting a more inclusive leadership style. I was recently awarded the Institute of Directors, Director of The Year Award for Inclusivity for my ongoing work in the field of diversity and inclusion in business and with youth.

In my early career, I thought I would graduate from Sandhurst and then do three years before heading for a city job.  It didn’t quite work out that way, as I was promoted or posted somewhere exciting or challenging, I ended up staying in the Army and moving to strategic and planning roles in Army HQ and  MoD Head Office in Whitehall.  My last role in the Regular Army was as Change Programme Manager for the Defence Compensation and Pension System, with a large change budget and a great grounding for civilian life.  During my resettlement training in 2011, I attended the Advanced Management Achievement Course at Manchester Business School, which teaches senior officers how to turn Military strategy and planning language into business and corporate language.  This taught me the invaluable lesson that all of my skills were entirely transferable and it was only then that I sat down to plan my next career move.

There are always challenges along the way to any success. When I first joined the Army, there were challenges being a woman in a man’s world, however a good sense of humour and not being afraid to call it out, whoever is out of line, got me through it.  I decided to get involved in equal opportunities over twenty years ago and volunteered to become an Equal Opportunities and Diversity adviser and now the Armed Forces are celebrated for their diversity and inclusion work. I now speak regularly about authentic and inclusive leadership at various conferences as well as to boards of directors and Trustees.

I am going to cheat and say two;

My team winning the Wilkinson Sword of Peace and being awarded a UNITAS Medal from Nelson Mandela for my work on Loan Service in South Africa has to be up there – but Programme Managing the London 2012 Olympic and Paralympic Transport operational readiness was an amazing experience, as it was such a huge success.

I would say determination and tenacity. When I set a goal, I don’t give up on myself and believe I can make it happen.

I am a strong believer in mentoring and have set up mentoring within our business Focus7 and across Essex ACF.  I also mentor a number of business owners and directors.

I joined the Women’s Equality Party as a Founding Life member, because their work is so important.  I believe that equal representation in politics, judiciary and in business are vital.  We have made such great progress but we need to do more.  I would say the one thing I would do is to encourage every single woman to join the Women’s Equality Party. It is a pan political party, with members of different political persuasions, who share one mission, to become obsolete as we achieve gender equality.

My Nan used to say, “Always be true to yourself” and she was right. So I would say to my younger self  – listen to your Nan more!  Being an authentic leader is critical to inclusive leadership.

My next challenge is using my Director of the Year Award to encourage authentic and inclusive leadership across as many organisations and businesses that I can reach. 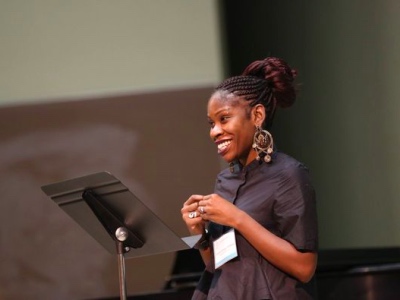 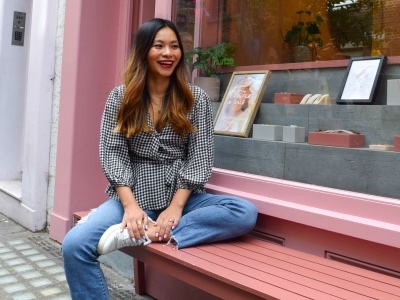 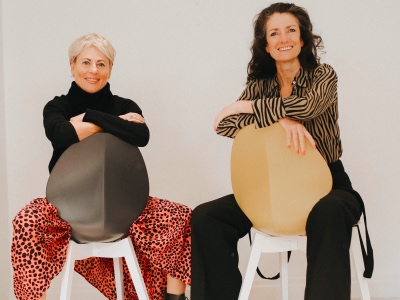