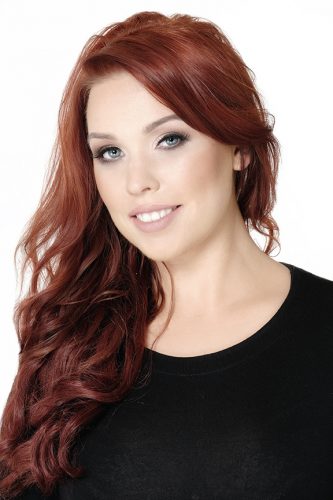 Maeve McLoughlin studied a Masters in TV production at the University of Chester in the mid 2000s, but with a recession in play at that time, jobs within the media industry were scarce, and hard to come by.

She began to carve out a career within the fitness and health industry. After ten years Maeve decided she wanted to follow her original ambitions, and try to refocus her career within the creative industries. She applied for an entrant scheme for trainee producers that was launched by Northern Ireland screen, and was pleasantly surprised to be selected from the 600 applicants, to take one of six trainee contracts.

For the next 18 months Maeve worked at a range of Production companies within Northern Ireland, and began to hone her skills at being a successful, and ambitious creative within a thriving and competitive industry. Maeve can include a range of production and development credits on her CV including, Home Ground for BBC NI, The Lodge for Disney EMEA, Don’t Say It Bring It for Dave and her biggest success to date, helping to develop the RTS awarded Beauty Queen & Single for BBC One. At the end of her traineeship Maeve was offered a full time position with Stellify Media, who had been one of her favorite placement providers.

Joining the development team, Maeve worked for a series of months to establish herself within the company, and after a year was then promoted to Assistant Producer. Maeve’s aspirations are to be a successful entertainment producer, and create formats for the global market, and to continue to establish herself as a major player in the Television Industry.

I spent ten years working in the fitness industry before breaking into TV. I have been working as an Assistant Producer for Stellify Media in both TV development and production for three years.

Only at the later stages. Realising I was approaching thirty and wasn’t happy with my path made me rethink my future. I knew I wanted to work in the creative industries, so needed to decide what I wanted to do and find the best route to do it.

There have been loads of challenges and I’ve tried to meet them head on. In particular, being a big personality who used to be the boss in their last job and was now the trainee in the office. Some of my seniors were years younger than me, and some people didn’t instantly like me. I had to find a way to master the industry in a way that allowed me to be myself, but also learn as best I could. I refused to change in order to fit in, but also wanted a happy work life, so it was a balancing act.

Not to feel like you are labelled the bossy one because you are vocal about your opinions, or being seen as frightening because you are determined. A lot of stereotypes are linked to strong women.

What advice would you give to someone looking for a career in production?

Don’t be put off by rejection. It is a hard industry to get into to, but once you get the chance to prove yourself, people in power will want you to succeed, and will help you. The industry has a bad reputation for being unfriendly, but I have only experienced kindness and consideration from those at the top. They want to nurture and develop those at the bottom because they are the future of the industry. Be fearless!

When I was a trainee I pitched my current boss an idea which was then commissioned as a pilot and went on to become a massively successful series. It has given me great publicity as the trainee who had the idea and made me stand out slightly when I was trying to be memorable. It was a great tool.

I am working hard to achieve my TV Producer credit, which will allow me to oversee all aspects of a tv production. This will involve managing staff and crew, overseeing budgets, having creative input to the shows essence and vibe, and generally being the boss from the conception to the delivery. I have some key projects coming up over the next year which will hopefully allow me to take on some further responsibility, and let me prove myself. 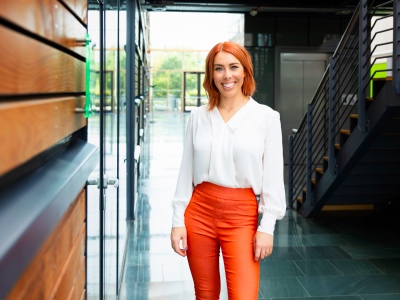