0
You have 0 items in your cart
Go To Shopping
Home > Inspirational Profiles > Inspirational Corporate Women > Inspirational Woman: Monica Feria-Tinta | Barrister at 20 Essex Street Chambers | The first Latin American lawyer to be called to and practising at the English Bar 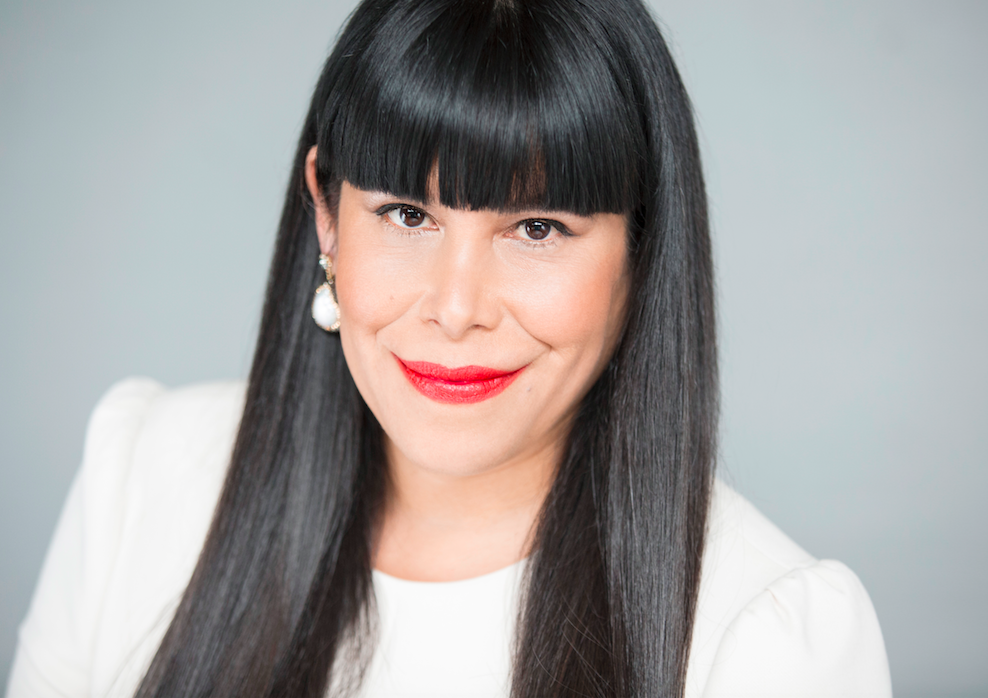 Monica Feria-Tinta is a barrister at a leading commercial barristers’ chambers in London. She specialises in public international law and international arbitration.

She acts as counsel before English and international courts and arbitral tribunals (in commercial and investment disputes), and regularly advises states and private parties, frequently in cross-border or multi-jurisdictional disputes and other international cases.   Monica is the first Latin American lawyer to be called to and practising at the Bar of England & Wales. She advises in Spanish, English and French. In 2007 she became the youngest lawyer to be awarded the Gruber Justice Prize, a recognition she received in Washington DC at a ceremony chaired by US Supreme Court Justice Ruth Bader Ginsburg

No. However, I did develop a sense of direction, of what I wanted to be, early on in life. I grew up during a period of dictatorship in my country of origin. It occurred to me at the age of 12 that becoming a lawyer would equip me to contribute to creating a better system. Nobody in my family had been a lawyer before, so I do not know how this resolution came about. Of course, I could have not predicted back then that I would specialise in international law, or become a barrister in England.

After completing a Masters in Law at the London School of Economics I worked in The Hague for the International Court of Justice.   Most of the young lawyers I met there had enjoyed straightforward life paths, as if cut from the same cloth: post-graduate degrees from a top university, internships for inter-governmental organisations including the UN, before landing a job as an international lawyer immediately after that.

But life is not always linear in its progression or unaffected by unexpected turns of events. Some of the most inspirational lawyers I have met did not experience such straightforward, ladder-like, progression.   At the International Court of Justice, for example, I met Judge Thomas Buergenthal. I had great respect for his previous work as a Judge at the Inter-American Court of Human Rights. When I first met him I learned that as a child he had survived Auschwitz.   I felt that his contribution as a jurist, and the perspective he brought to the field, were essential to the creation of a better system of law as we entered the 21st Century.

No matter what life may throw at us, as human beings we always have the possibility to overcome obstacles and succeed in whichever area we choose to work in.

My parents were business people and had great success. However they did not have university degrees because they had never had that opportunity. Therefore, I had to be responsible for my own academic progress. My mother was a great role model for me. She was self-sufficient. She raised us. At 17, when still a minor, she set up her own business. At 21, she bought her first property. From an early age she instilled in us an awareness of the importance of independence and education.

I must have absorbed that lesson in an unconscious manner. It was clear to me that I was going to be a professional woman, in a career of my own choosing, and that I was going to make of that my destiny. I did not think about the obstacles back then, just the opportunities I could seek out. I think that motivation of this kind can break many glass ceilings.

Coming to the United Kingdom was a turning point in my life.

I was not scared of London because I had lived in a bigger city before, but here I was on my own, without my family. I did not know anyone in England. Being in a foreign country presents you with challenges but also with the gift of making a fresh start, of learning new things. I faced a new language, a new system of law, new social codes.   Adaptation was key.   Just as migrant birds or plants adapt to a new environment I too had to learn to adapt.   I think that my success was closely linked to that ability to adapt.  I remained motivated and focused, but at the same time, flexible. To me, London felt like a place where anything was possible, and I took my chances.

Coming to the Bar, for example, marked a new progression. The English Bar has some of the greatest brains in the country. It is a very exciting place to be, but it is also highly competitive. I have periods of very intense work but I make sure also that I pause between cases and projects to take stock of what has just happened and to reflect on where I am heading next.   For example, last year I became interested in a practical problem concerning an area in my field: immunities and the enforcement of arbitral awards. I was seeking to provide advice on a point of law. While reflecting on the matter I felt that as yet there had been no adequate treatment of the subject in the legal literature.  After working on the problem I decided to write a legal treatise on the subject. The result was a project for a book, which will be published by Oxford University Press.

Developing an idea and seeing it through demands discipline, but also courage (to accept the possibility of rejection).   It was very rewarding to take my experience – drawn from legal practice – to another level.

I guess one of the most rewarding aspects of being at the Bar is having the capacity to be truly comfortable in a practical realm (being instrumental in the settling of disputes) and yet also feel comfortable in a purely intellectual sphere (sitting down and writing a legal treatise).

Did you have a mentor?

There are many people who had a great influence on me as a lawyer.   Sir Christopher Greenwood (currently a Judge at the International Court of Justice) was a huge influence.   I was his student and then worked as his teaching assistant at the London School of Economics for two years, teaching Public International Law. His approach to the law was not purely theoretical. It was the approach of a Barrister. Teaching the foundational course on Public International Law with him was the best gift I could have received at that early stage in my career.   He hugely influenced the barrister I became.

In fact, I have been very fortunate to have met towering figures in my field. Prof. Pierre-Marie Dupuy, who was my examiner at The Hague Academy of International Law, and who I heard pleading a break-grounding inter-state case in The Hague, had a profound impact on my thinking on the law. Prof Vaughan Lowe QC was likewise an important influence. He was the first barrister with whom I ever worked in the litigation of an international case. Some of the judges with whom I worked, or before whom I pleaded a case, also became sources of inspiration. Judge Thomas Buergenthal left a profound impression on me and inspired me. Judge Cançado Trindade (currently a judge at the International Court of Justice and before whom I successfully pleaded my first international case as sole counsel), has influenced me with his judgments. And of course there are those jurists, such as Hersch Lauterpacht, who have taught me via their books and those others whom I have met, such as Sir Ian Brownlie, Judge Bruno Simma and Judge James Crawford, whose work was also influential during my formative years as a lawyer.

I had the good fortune to meet Judge Ruth Bader Ginsburg some years ago in Washington D.C at an award ceremony.

She invited me to attend a hearing before the U.S. Supreme Court. It was a great experience: to witness the interaction counsels have with the Bench, a very special type of advocacy. I have great admiration for Judge Bader Ginsburg as a jurist.

I would say, however, that the person who has most influenced and inspired me as a jurist has been my mother.   She is the bravest person I have met in my life. What she taught me truly made me the barrister I am today.

What advice would you give someone who wishes to move into a leadership position for the first time?

Leadership skills are like muscles. They need to be developed, exercised.   Leadership is not something that comes all of a sudden.   It has to be part of a person’s education.   It starts with taking responsibility for your own development. We lead ourselves, or we should do, all the time. So my advice would be: exercise those muscles regularly, starting at micro levels first. That will help you to build confidence.

When faced with two equally qualified candidates, how would you decide who should have the role?

In the legal profession, and particularly at the Bar, one aims to work not just with the best brains but also with people one can see oneself working with. The ability to work as part of a team is essential. Collegiality is crucial.

On a typical working day, how do you start your day and how does it end?

There is no typical working day for me. Each day is different, and that is something truly exciting at the Bar. I have recently been working on an Amicus before the Constitutional Court of Colombia; acting in a case concerning an application before a UN body; been instructed by solicitors based in Hong Kong on a matter related to a multi-jurisdictional commercial arbitration arising from a Latin American country; and submitted comments to the Foreign and Commonwealth Office on a White Paper on sanctions.

Over the last three weeks I had to attend a hearing. I was acting for a party opposing a £102 million regeneration scheme in London. There were new twists and turns every day and at times intense procedural activity, which absorbed time in addition to that spent at the hearing. I was leading my team. During the first two weeks of the hearing I got up at 2am every day to do some preparation for the day ahead, attended the hearing to cross-examine or examine witnesses from 9:30am to 5:30pm, and worked drafting or going through evidence until nearly midnight. We worked throughout the weekends. We were a team of three barristers against a large opposing team led by two Queen’s Counsels. The evidence amounted to thousand of pages.

Despite the intensity of the work, to me this was truly enjoyable.

Discussing legal points with my colleagues, adopting a particular strategy, making decisions on your feet, trusting each other’s legal instincts, applying your litigator’s experience in order to choose the lines of argumentation which best conveyed your client’s position – this was all a great pleasure. It felt very rewarding to contribute to work of such a high calibre.

Take initiative. And if you think you do not have the tools to do so, then focus on bringing yourself up to date. Sharpen your own skills. Then take initiative.

What advice would you give to someone wanting a career in law?

Law is a system.  Never forget that. Don’t have a piecemeal approach to the field.   For that reason, don’t specialise too early. Don’t overlook the foundational areas. Law is not a career for those who like cutting corners.

More about the author

My profile in chambers
http://www.20essexst.com/member/monica-feria-tinta 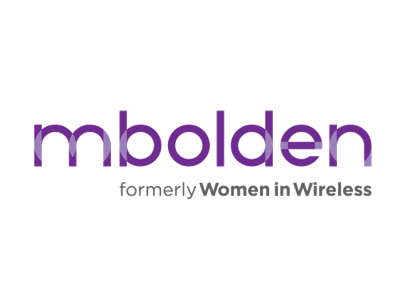 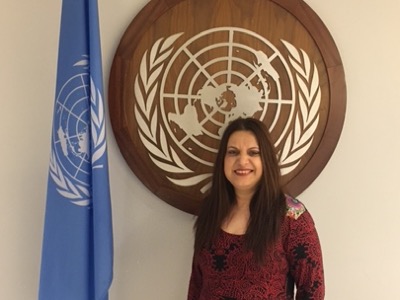 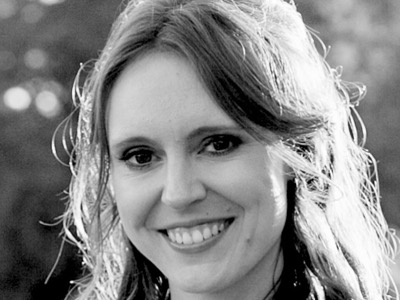 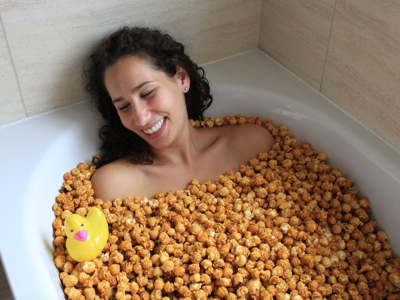