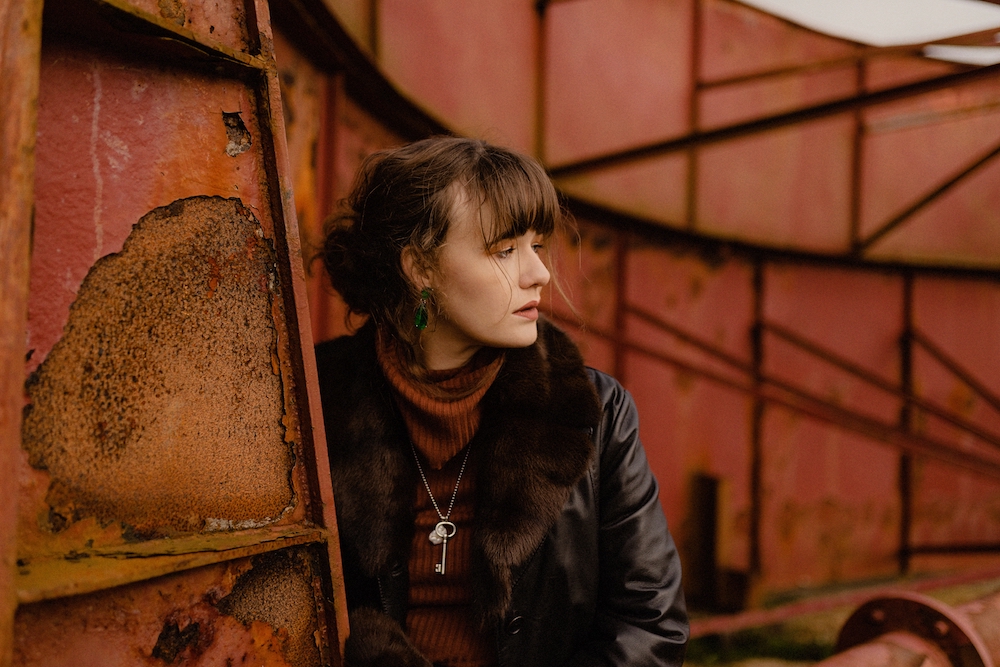 Piera Van de Wiel is a UK based musician, who has captured the attention of the United Nations to raise awareness of the domestic violence spike due to Covid-19 quarantine through her breakout new single “USED,” with all song proceeds going to the United Nations Trust Fund to End Violence Against Women.

With each impactful lyric, Piera sheds light on the dark reality of domestic violence by giving women around the world the voice they deserve. This is an artist who is passionate about social impact, and understands how music can be used as a vehicle to increase awareness of Global Causes. Piera is the founder of her collective Stronger With Music that promotes the importance of Music and Mental Health and Music and Social Impact.

“USED” is an emotional rollercoaster of how one can feel so safe when you let your barriers down only to feel used, abused and taken for granted, but ends with a lasting positive message of strength and hope. Available everywhere now, please stream the Spotify link here: “USED”

Since its establishment in 1996, it has supported over 550 initiatives in 140 countries and territories aiming to improve access to services for survivors of violence, changing harmful norms and attitudes to prevent violence and making laws and policies work for women.

Every year, approximately 8 million people, including women and girls, men and boys, government officials and the general public, are reached by projects supported by the UN Trust Fund.

Piera is a singer-songwriter and actor passionate about social impact and storytelling. She is the founder “Stronger With Music,” a collective that promotes the importance of music and mental health and music and social impact. She has worked and performed with NGOs globally, including the Barefoot College International, Applaud Our Kids Foundation at 54 Below, the Aspire Artemis Foundation, and has sung at the United Nations Headquarters in New York for International Women’s Day sponsored by the Mission of Djibouti, and at other UN sponsored events around the world, including the Regional STEAM & Innovation Symposia in St Lucia with UN Women and Microsoft.

As an actor she has worked in Hollywood on films including period drama “Strip Clara,” 1950s film “Tainted Choices” which are both on the film festival circuit, Fox Films “Amsterdam in Anatolia”, and performed at the prestigious Rose Theatre in London, London Salvation Army Hall, South Hill Arts, Atlantic Stage 2 with the Atlantic Acting Company in New York, and her leading role in Off Broadway production of The Three Musketeers as Milady De Winter with the Classical Theater of Harlem. This production was nominated for Off Broadway theatre awards including 9 Audelco awards including Best Drama.

Tell us about yourself, background and the inspiration behind your new single

I’m Piera Van de Wiel, British singer songwriter, actor, writer and filmmaker. My passion is music and mental health and music and social impact. Originally from the Isle of Wight in the UK, but living in New York City. “Used” my new single takes us on an emotional rollercoaster, where you let your walls down; you feel safe, your heart is open to love, then you are hurt, used, abused and taken for granted.

During the time of Covid-19, I wanted to focus on the shadow pandemic, the hidden pain behind closed doors at a time where we had no choice but to isolate inside our homes. Victims of domestic violence had to live with their abuser, without support from friends or family or advice on what to do or how to proceed. The United Nations population fund suggested at the beginning of the quarantine that there would be a 20% increase in IPV (intimate partner violence cases), but my question was, why aren’t we talking about this? And the exponential rise in help line calls?

I decided to connect my song with this cause and start raising funds for the United Nations Trust Fund to End Violence against Women. As we move out of restrictions, this issue will not go away, I fear it will worsen, and those that have stayed silent will come out and seek help. The time is now to help raise awareness and help these women and girls who are at risk. You can listen to my song “Used” on all streaming platforms and consider donating through the spotify fundraising option on my spotify profile.

Did you ever imagine having the success and amazing accomplishments so far? How do you stay focused?

I am truly appreciative that you have stated that I achieved something amazing, but I feel that I am still at the start of my career. I have a long way to go, and I want to continue to create, compose, and move forward with my initiatives and create real impact and change.

What challenges have you faced along the way?

You tend to doubt yourself when you come up against obstacles, but when I come face to face with these doubts, I know it’s up to me to forge a path for myself in this industry. I realized my passion for helping others and creating change and impact with my stories, and songwriting. The industry has power to make positive change.

What would you credit as your biggest accomplishment to date?

My Abaco relief song “Come Back Home” received the Silver Medal for Outstanding Achievement in Listener Impact at the Global Music Awards for independent artists. Through raising funds from the single and focusing on humanitarian relief efforts, the song has continued to shed light on the devastation of the Abaco Islands in the Bahamas that were destroyed by Hurricane Dorian.

What has been a major factor in you achieving success?

People taking a chance on me and having belief in my mission with my collective Stronger With Music and in my songwriting. I am so grateful! Thank you! 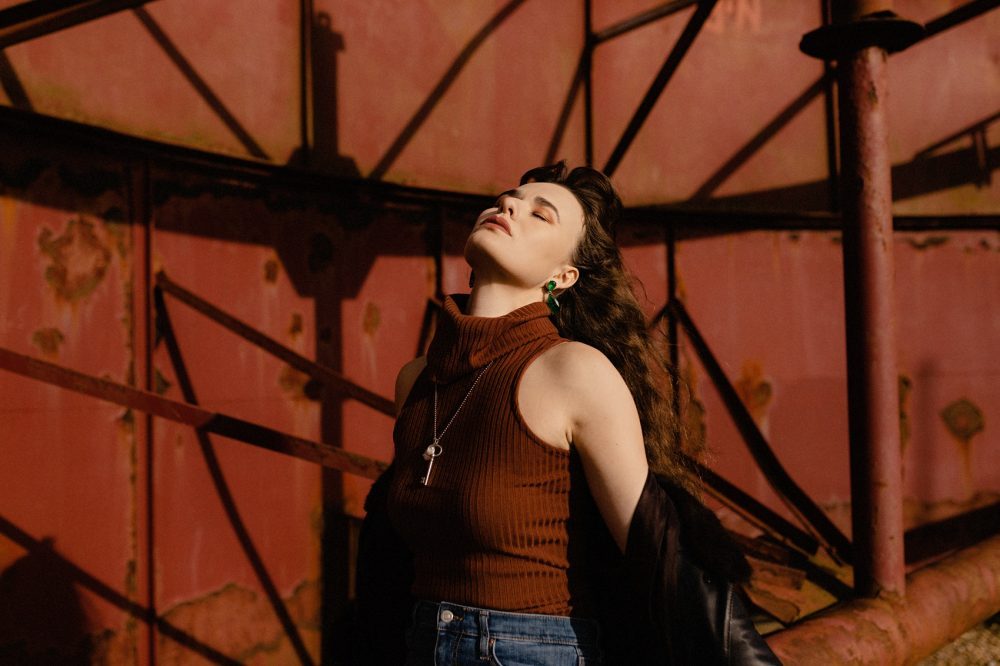 As a creative, what advice would you offer to someone pursuing a career in music, acting and/or philanthropy?

Someone will want to hear about your art, new creations, and the missions and initiatives you are beginning, you just need to keep persisting!

How do you feel about mentoring? Have you ever mentored anyone or been a mentee?

I think at any stage we can all help each other, and there isn’t a specific level you have to reach in order to be qualified to offer advice, a hand, or sharing a post or new song! Support comes in many forms.

I was able to join the GEA (Gender Equality Attitude) study hosted by UN Women, and they spoke of the importance of diversity and inclusivity when it comes to Gender Equality. For me it is important that we are all equal, we have the same rights, equal pay, and understand that love comes in all forms.

If you could advise your younger self, what would you say?

One step at a time 🙂

What are you taking on as your next challenge and what are you hoping to achieve in the future?

I am working on an Ocean conservation song, and another new song for my family – for my grandparents and parents who have always shown me how to move forward with a skip in my step with love, kindness, and to always look out for others, and look for the ways you can help others.

How can we follow you on your next project and stay up to date on your music?

You can follow me on my Spotify profile where you can listen to my singles: Used, Come Back Home (Abaco Relief Song), and new single “Dear Mrs.” I can also be found on Instagram  @pieravandewielofficial, and if you would like to get involved with my mission of music and mental health and music and social impact, please reach out and follow @strongerwithmusic

Alison is the Digital Content Editor for WeAreTheCity. She has a BA Honours degree in Journalism and History from the University of Portsmouth. She has previously worked in the marketing sector and in a copywriting role. Alison’s other passions and hobbies include writing, blogging and travelling.
Previous PostVirtual success: Tips for your video interviewNext PostFive leadership lessons from lockdown 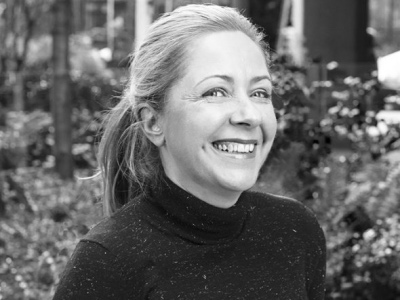 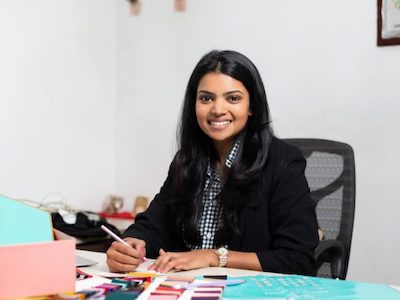 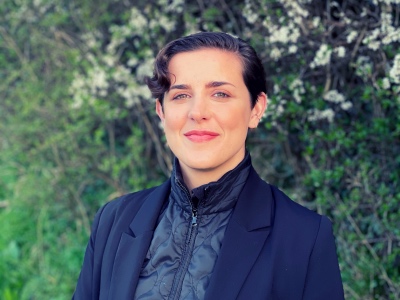 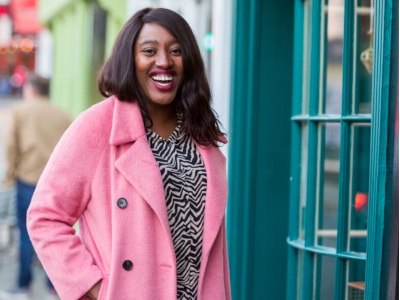