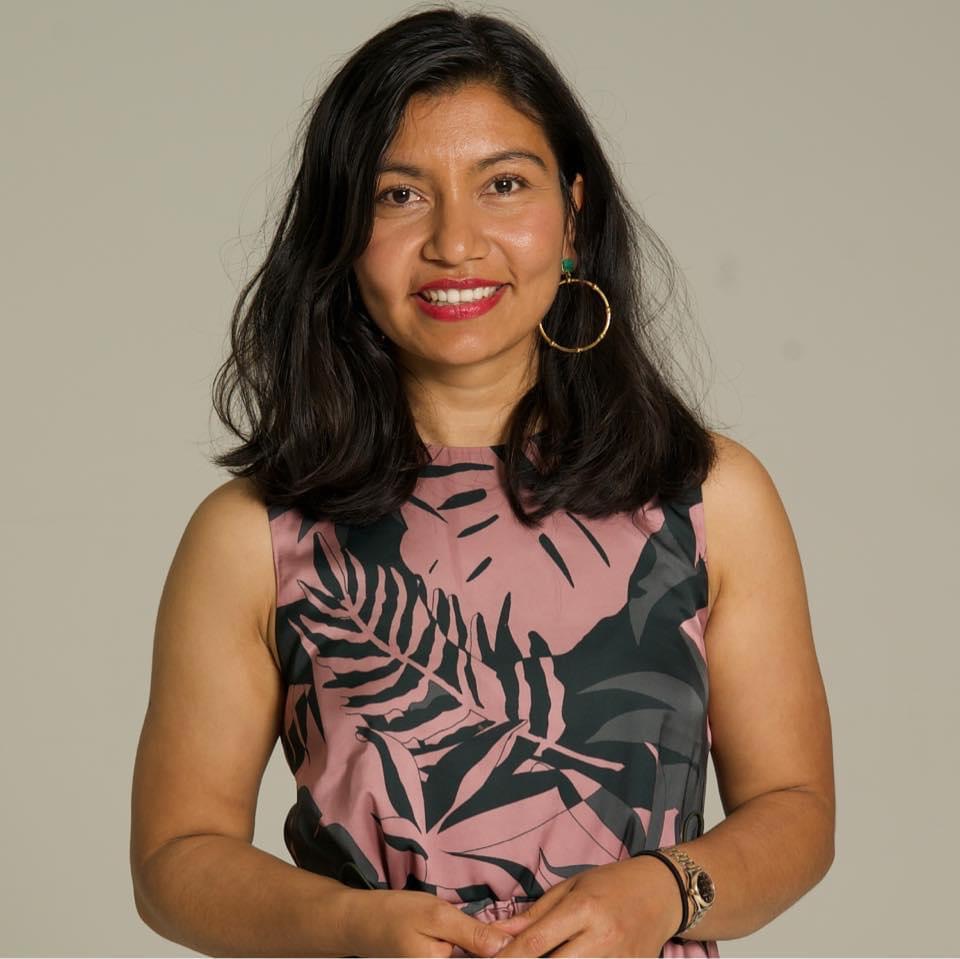 Growing up in Nepal, Ruby Raut traditionally used old sari rags while on her period, which were very sustainable but uncomfortable and often caused embarrassing leaks.

Arriving to the UK in 2010, Ruby was overwhelmed by the wide range of menstrual products available, however none were reusable. While studying for her Environmental Science degree, Ruby decided to create the UK’s first period pants – WUKA are now stocked in over 400 UK stores, including Sainsbury’s and Superdrug, and in over 20 countries. Ruby also launched a campaign calling on the government to remove the tax on period pants.

I’m Ruby, CEO and Founder of WUKA. WUKA stands for Wake Up Kick Ass and from the very beginning we have been passionate about smashing taboos and innovation in sustainability and menstrual health. Our mission is to ensure that a sustainable lifestyle is accessible to all and that periods are not a luxury. Growing up in Nepal, there was a lot of stigma and shame surrounding periods. Nachune is the Nepalese word for period which basically translates as ‘untouchable’. When I started my period, I experienced a form of Chapaudi, which is now illegal in Nepal.

During menstruation, I was sent to my aunt’s house and wasn’t allowed to go out in the sun, look at men, or touch plants – as it was believed that I would kill them – just because I was having a period.

Like other girls, I was given old sari rags to use for the bleeding, which happened to be reusable and eco-friendly, but not hygienic. They weren’t leak-proof nor comfortable, and didn’t work for me when I played sports! When I arrived in the UK, I was astonished by the wide range of menstrual products available on the shelves, but quickly realised that most of them were neither comfortable nor leak-proof, and they certainly were not eco-friendly. We can see the single-use plastic in tampon applicators, but most of us don’t realise that pads are usually made from 80 per cent plastic. My current role as CEO and Founder is to help spread awareness of sustainable period pants WUKA, and to make them accessible to all.

There was no plan, but I was determined to get a job in the field of the subject I studied in University.  The way I see career paths and life in general is that things happen in the spur of a moment. Campaigns and ideas form when you put your head together and an idea is sprung in the spur of a moment. For example, our Factory-saving pants tied in with Earth Day but it wasn’t planned out meticulously months prior, it was birthed as a movement that made sense at the time.

Absolutely. And I’m sure every entrepreneur can agree. A business idea is birthed from adversity and challenges faced along the way. Especially if the challenge is ongoing. The challenge for us is the fact that there are 4.6 million disposable period products flushed away daily. It’s a challenge we face daily. Even though there is a solution for it; being period pants, such as WUKA. Additionally, the challenge surrounding period taboo is still present. As a female, Asian entrepreneur, coming to a different country as an immigrant and starting a business from scratch was a challenge I faced too. But there are no challenges you can’t overcome, and with every setback comes a reason to propel and launch forward with strength.

It would be the day we launched in Sainsbury’s! It was a huge milestone for us. To be able to sit next to a 52 billion dollar  market P&G single use plastic filled disposable tampons and pads. It was both humbling and exhilarating. It was the start of a sustainable product challenging the traditional norm . And was definitely a euphoric moment to realise that supermarkets seeked us as a brand who can change the world.

Period pants (in today’s form) are a relatively new concept – how important is it to give women more choices when it comes to their periods?

It is so important to give women more choices when it comes to their periods because periods are not and should not be considered a luxury. Over the last 5 decades, women have been told to only use tampons and pads – there was very little exploration in other menstrual products. By giving women the choice of sustainable period pants, this allows them to prioritise their own health, decisions and way they deal with their own body – which in return, is returning power to them.

Choice allows women to put their bodies and decisions in the forefront. It’s important to give women choices simply because not everyone fits in one box, and having choices gives freedom of discussion surrounding topics such as women’s health.

What can be done to help tackle period poverty?

Having a sustainable product is one way to eradicate period poverty. WUKA period pants last up to 2+ years, and are reusable. However, one of the most pivotal ways of tackling period poverty is to ensure that the Government considers period pants as a period product. The Government has failed to include reusable products as a menstrual product, therefore taxing 20 per cent upon purchase. This is a deeply rooted issue whereby the Government is not making sustainable period products accessible or affordable.

One thing I’d like to see change is an equal paternity holiday. This encourages women to go back to work, and gives fathers the option to play a bigger role as a caregiver. I believe that the unequal paternity holiday contributes to the gender pay gap. It appears that motherhood is a penalty. Shouldn’t we give equal opportunities for men and women to take paternity leave? Does both the mother and father have the option to take 9 months off? This conversation revolves around choice. I believe that with choice comes balance and success in one’s profession later on.

It would be to talk more openly from a young age. There’s a huge sense of shame and embarrassment around periods – especially in your teens. Even if it is the most natural thing to experience. So my advice to my younger self would be to talk more about it. Be more open with topics as such. If we can start conversations from a young age, this helps break stigma and taboos around such issues.

The next challenge is still what we face daily: the amount of waste coming from disposables. And I hope that sustainable products will be fully embraced all round the world. Ending period poverty is something we’re working to achieve in the future. We want more affordable menstrual products available for everybody so that no girls miss school just because they’re on their period. At the moment, the challenge we face is making these sustainable products affordable and accessible for everyone and anyone. 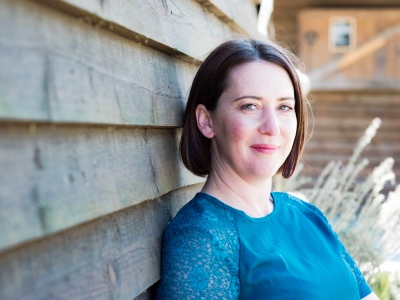