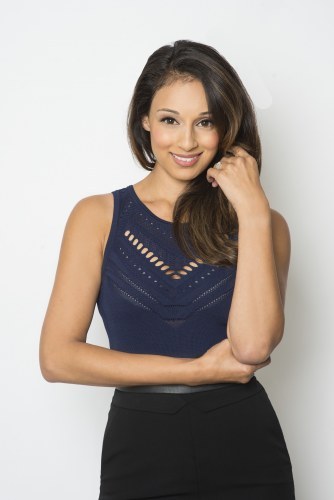 My name is Seema Jaswal, I’m a Television, Radio and live events presenter. Born and raised in West London. I studied Sociology with Politics at University.

My TV career started at Sky Sports where I was a Runner. Being a runner is an interesting job as the role varies from day to day. Generally you’re on hand to help out the team behind the scenes making teas and coffees and grabbing lunches, printing scripts for presenters, helping guests to settle in and being on hand to help. Occasionally you’re thrown into the deep end and asked to help out with shows which opened my eyes to the possibility of presenting!

I loved my job as a Runner and genuinely made an effort with everyone. In doing so I felt comfortable enough to knock on the door of the boss of Sky Sports News and ask him how I could pursue a career as a presenter. The advice given was to work in production and work my way up or to get some live presenting experience to get used to handling an audience, talk back and the general pressures that come with hosting a show! So that’s exactly what I did, and as they say the rest in history!

I presented CBBC Sports Round-a show that involved trying out lots of different sports on a weekly basis – my dream first presenting job in telly! I was also presenter on The Wright Stuff before relocating to India for 18 months to become the face of Indian Football for Star Sports, presenting their flagship Premier League show and the Indian Super League. This was broadcast live to a global audience of 629million viewers which was quite an experience! Whilst I was in India the opportunity to work with the Premier League presented itself so I moved back to London to present two of their flagship shows Kick Off and Fanzone.

At 21 years old I didn’t have a plan I just had the dream of becoming a TV presenter. I soon realised that the industry is a tough one to break into and that in order to achieve the dream I needed a plan!

Being at Sky Sports I was able to lean on the advice of the team I worked with and soon understood what steps I needed to take if I was serious about a career in presenting. The first step was to get as much experience as possible so I put myself out there to host as many events as I could and eventually managed to create a show reel from the work I had done. I sent this to a number of presenting agents and after some rather interesting meetings I found the agent that I’m still with today!

It was then about embracing any opportunity that came my way and working on my craft to be the best I could be. There really is no straightforward route to becoming a TV presenter as everyone has their own story. I just made sure that I treated every job with the same amount of respect. From my very first job as a runner at Sky Sports to the shows I’ve hosted to date, I always give 100% of myself and it’s certainly paid off.

Have you ever faced any challenges along the way? How did you deal with them?

There are always challenges especially when it comes to live TV as anything can happen!

There were a few moments when I was presenting the Indian Super League for Star Sports out in India that were extremely challenging!

I was hosting a live match, I was in the middle of the pre-show build up when I was fed the news in my ear that the floodlights had gone down at the stadium, so there was no light. The match therefore had to be delayed which meant that I had to fill that time on air. I ended up having to fill for 40 minutes!! My producer was new so he panicked not really knowing what to do so I really was left to my own devices! I had two brilliant experts with me so we had to chat and fill the time. A huge challenge but a great learning experience which taught me to always fully prepare- anything can happen on live TV!

Do you have a typical work day? How do you start your day and how does it end?

I don’t really have a typical work day as every presenting job has its own requirements.

With live sport you never know what’s going to happen so usually the sport dictates how the day pans out.

However, a typical day presenting my studio shows at the Premier League on a Saturday involves; arriving at work at 7:30am and straight into hair and makeup, a natter with the girls is always a great way to start the day! That takes an hour during which my producer will pop in to see me and we discuss any last minute changes or updates to the show. A cuppa always follows before going into rehearsal. We always watch all of the vts and packages that go out on the show before hand so we are fully aware of what our audience is seeing and we can react and discuss any key points accordingly. Once we’re live, time always whizzes by and after the show like any football team, we have our cool down and chat in the dressing room about how it all went! The games kick off and I watch all of the matches with the team in the green room over the course of the day – picture eight screens on the wall with all the different matches being shown – it really is the perfect way to spend a Saturday for any football fan! It’s important to be across all of the talking points from the games and I take notes that may be useful.

Once all the games are over, it’s then time to get ready for Fanzone – a show where fans from all over the world call in to discuss their team’s performance. An hour later when the show is done, my heels are off and slippers come on before jumping into the car to head home!

I think that mentoring is extremely beneficial and actually both sides can learn a lot from the experience.

I have a number of mentors in my life, generally a combination of the people I trust the most that I know have my best interests at heart and will always give me solid and honest advice even if it’s difficult to do so. The other mentors in my life are the team that I work with, they are constantly helping me to improve and develop as a presenter. I also think it’s also important to self mentor as there are times you have to rely on your own feedback which is an important skill to develop. At times I watch my shows back alone and as hard as it is to watch yourself on TV – it’s the best way to improve!

I have mentored a range of people in helping them to develop their presentation skills. Presenting is a skill we need to use in our everyday lives in many different forms so I’ve enjoyed sharing my experiences and skills as a presenter with others. I’ve coached young school children through to CEO’s of companies and given confidence building talks to teenagers making the transition from school to university.

I was once told by somebody older and wiser than me; If you light a candle for somebody it will also brighten your own path – so I always try to give back as much as I can.

If you could change one thing for women in the workplace what would it be?

Equal pay in the workplace is an ongoing issue and certainly one that needs to change. Friday 2nd November marked Equal Pay Day in the UK, the day which women as a whole effectively stop earning money based on the official gender pay gap that still persists.

It falls on exactly the same day in 2017 as it did a year ago – 51 days before the end of the year which tells me no progress has been made over the last 12 months to change this.

I believe in equality for everyone when it comes to the workplace, gender should not determine how much one gets paid, this should be based purely on merit.

One of my biggest achievements is my latest venture which was hosting the FIFA U17 World Cup to 25million viewers. The tournament hit record attendances in stadiums a record number of goals were scored making it the most exciting tournament for this age group to-date and to top it all off England went on to win it! I really enjoyed seeing the tournament through from start to finish and it was an honour to host India’s first ever FIFA event.

My role with the Premier League has also been a huge achievement for me and a position I’m really proud of. In ten years I’ve gone from being a Runner to presenting Premier League football to an audience of 750 milliion people globally- a truly mind boggling experience and one that certainly marks a huge milestone in my career!

My mantra in life with anything I do is to be the best I can possibly be and enjoy it all along the way. So I hope to establish myself as one of the most respected and credible presenters in the industry. I’d like to bridge the gap between sport and entertainment and above everything have a career I can be proud of! 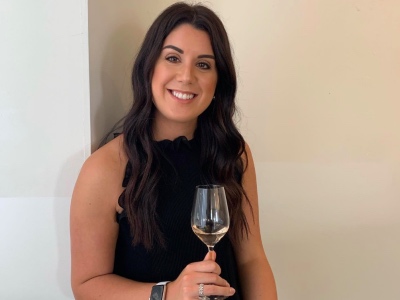