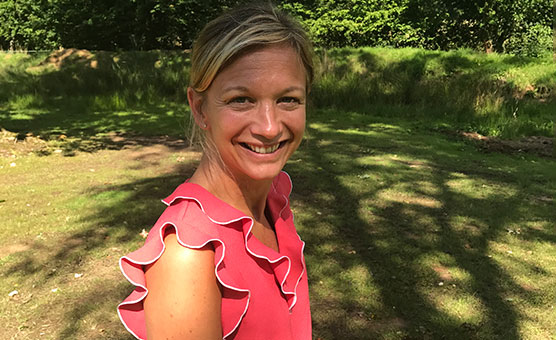 My name is Sophia Warner and I’m a mum, a marketer, a Paralympian and a sports enthusiast. I have cerebral palsy and was the first disabled person to enter the London Triathlon back in 1998. I won my first gold medal for Great Britain in the same year, for the 100m in the 1998 World Championships. I’ve since participated in the 2011 IPC Athletics World Championships, winning silver in the 200m and bronze in the 100m sprints, as well as taken part in the 2012 London Summer Paralympics. I finished 4th in the T35 200m final – my personal best!

As an elite athlete, I never stop training; I’m addicted to being the best physical version of myself that I can be. While I don’t compete anymore, I’m still fully engaged with the sport community, being proud Ambassador of the Children’s Trust, a UK charity for children with a brain injury and creating The Superhero Series in November 2016 to encourage disabled and non-disabled people to take part in triathlons together.

My career’s taken a massive detour! I used to work in marketing in a £75,000-a-year role before I gave it all up to pursue my passion for athletics. I’d always enjoyed running, but quitting that marketing job signalled the first time I would devote myself to it. What’s followed has been years of hard work and dedication – both on and off the field. I do plan, but I think of it as more than a career – it’s a calling, so I need to make sure I do everything I can to do it well (including sitting down and nailing down action plans and next steps).

I’d say I’ve had two main challenges – becoming an elite athlete while having a disability and making the world of sport more accessible to people with disabilities. They’re challenging in different ways, of course. I was very fortunate as I competed from 1996 – 2013 and was only injured twice but the second injury was a slipped disc in my neck 8 weeks before London 2012. I obviously struggled with this physically, but I struggled more with it mentally. The knowledge that it was going to affect my ability to perform at the most important event of my life was very tough. I had no choice but to cope with it and I did this by taking each day at a time and I had an amazing support network who got me through it.

My athletics career was full of successes. I had an incredible and long career, I won a lot of medals and I continued to improve every year. Not only did I get faster and fitter, but I also found that my disability improved and so my quality of life also improved.

I’m very proud and humbled to have received a British Empire Medal in recognition for the creation of The Superhero Series. It’s a Para Triathlon, with disabled and non-disabled people taking part together. I’d love to see more disabled people involved in sport. I love it – it makes you happier, makes you feel good and gives you a boost in confidence. I don’t see why disabled people shouldn’t have as much fun as everyone else, and the Superhero Series was created to get as many people as possible participating!

I’m often asked in interviews about whether there was someone or something my life that encouraged me to start running competitively. I come from a very sporty family and my parents were always supportive, but I can’t pinpoint one person or event. I love sports, and that’s what motivates me.

Neither, but if you think it works for you, go for it! Whether you’re looking for a mentor or mentee, try to find someone with a similar background to you. You’ll both be on the same page much quicker, and will be more aware of the external issues you might face as you look to gain success.

There’s certainly a lot to do to achieve gender parity, and when you add disability to it, we’re often dealing with a kind of ‘double discrimination’. Within disability sports, the one thing I’d change is exposure. Just exposing sports to a wider range of people and encouraging young and old women and children to get interested and involved in sports. Sport completely transformed my life and I think it contributed to the success that I had in other areas of my life too. When there are more women on the starting line, there’s a better chance we can all finish strong.

My parents had a ‘tough love’ approach. “I can’t” wasn’t allowed and I had to go to all the hospital and physio appointments. I was made to wear every splint, do every exercise and do everything that my brother and sister did. If I was a little slower doing it, that was fine, but I was taught to find a way to get it done. It made me miserable, but I do think it helped me go on to achieve incredible things, physically. But, having been brought up to ignore or even deny that I even had a disability, I feel very differently now I’m older. London 2012 defined me as a disabled person for the very first time. I had never actually been one before that. I’m now proud of who I am and what I have achieved, and I’m very comfortable announcing it and telling people I have CP. This is a new thing for me, and I wish I’d been like this when I was younger. I do think society makes it more possible now, and easier to talk about these kinds of issues.

As someone with cerebral palsy, I needed to take up strength training just to have a chance to compete. When I first started, I couldn’t even take part competitively except in 100m or 200m races (pretty tough considering I’m naturally a long-distance runner). Disability sports has come a long way since then, and I campaign quite passionately to make it go even further.