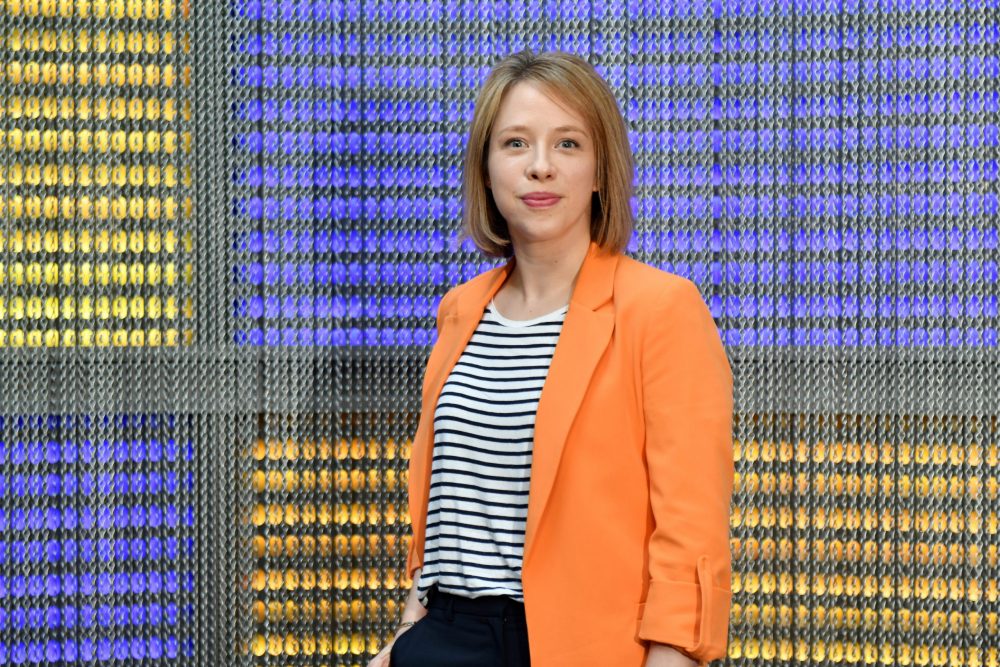 Tanya de Grunwald is a campaigner for good jobs and fair pay for young people.

She is the founder of the graduate careers blog Graduate Fog, best known for calling out Tony Blair, Simon Cowell and Philip Green for having unpaid interns. She is also the founder of the Good + Fair Employers Club, a coalition of the UK’s best firms for young people, including Google, Channel 4 and Santander.

Her new e-book How to Get a Graduate Job in a Pandemic is out now.

I’m a journalist-turned-campaigner for good jobs and fair pay for young people. I’ve run my website Graduate Fog for ten years and am best known for naming and shaming big firms and famous people for not paying their interns. More recently, I launched the Good + Fair Employers Club, a coalition of the UK’s best firms for young people.

Our 18 members – early careers teams at companies including Google, Channel 4, Santander, Vodafone, EY and Accenture – meet monthly to share their challenges and solutions so that they’re all pulling in the same direction and helping each other to get where they want to go, sooner. Before the club, I was pretty tough on employers, so it’s nice to have joined forces with the good ones. Our meetings are very informal and we’ve built a real bond this year, given the difficulties everyone has faced (organising apprenticeships, internships and graduate schemes during a pandemic is not easy!). Our members have to pass a values test to get into the club, but they seem to like that – and it proves that they’re ‘one of us’ right from the start. Having set our standards high, the next stage of the club’s plan is to drag everyone else up with us.

Calling out Poundland and Capita for treating their young employees badly – people need to know how these companies operate. Also challenging Tony Blair, Simon Cowell and Philip Green for having unpaid interns working for them. The global outcry and publicity shone a spotlight on how unfair the practice is. All three men were forced to make a public statement, and I know I got under their skin. That was fun.

“You’re a square peg, Tanya. Don’t try and squeeze into a round hole.”

I trust my gut and I don’t really doubt myself. If there is an opposite of Imposter Syndrome, I think I have that! If I meet someone who doesn’t value my work, I don’t absorb that as useful feedback, I just think they’re bad as spotting what’s good. Then I feel cross for a bit and move on. Of course, I make mistakes – but I have a rock-solid belief that I’m right about the big stuff. I don’t need other people to reinforce that, I just know it.

No, that approach has never worked for me. When I graduated (from Durham University, in 2000), I realised quite fast that my style of working is entrepreneurial. I don’t mean I can’t work for other people – I can and I have – I mean that my skills are working out how to navigate an ever-changing landscape, how to look ahead, challenge out-dated norms, and make decisions quickly in response to what I see on the horizon. It turns out that these are very useful skills to have, particularly nowadays, which is why I’ve put much of my own experience into my new e-book – How to Get a Graduate Job in a Pandemic  – which I’m busy promoting now. Times are tough for young people and I was determined that the e-book should be free for graduates to download, so I called on our Good + Fair Employers Club members to sponsor it. Several stepped up, even though I hardly gave them any notice! I was really touched by that.

Of course – who hasn’t? It was a real puzzle to work out a business model for my work. Graduate Fog was successful immediately – in terms of traffic, press attention and SEO – but it took years to work out how to fund it. Young people are skint and for a long time employers were wary of me because of my reputation as an outspoken campaigner. Thankfully, they’ve realised my bark is worse than my bite (or perhaps it’s just better to be with me than against me!). Now they value my role as a middleman keeping them informed about what young people need from employers. I’ve mellowed a bit too, and realised they’re not so bad either!

Everyone should have a network of experienced people to call on for advice. I don’t tend to ask mine for support – that’s what my friends and family are for – but it’s useful to have a sounding board for specific problems or strategic decision-making. I’m lucky that some excellent people have given me their time, including Justine Roberts of Mumsnet, and WATC’s own Vanessa Vallely. It’s not a chat, though. People are busy and no-one owes me their attention, so I always have an agenda and never ask for more than 30 minutes. I’ve assembled an advisory board for the Good + Fair Employers Club, including Jolyon Maugham QC (founder of the Good Law Project), Prof Dr Ger Graus (global director of education at Kidzania) and Liz Bingham (corporate diversity campaigner). Like me, they’re all outsiders who shake things up and get things done. I love our conversations.

I am 100 per cent sure that the Covid crisis will become a youth jobs crisis. Someone will need to represent those young job seekers, so I’m stepping up. Although this is everyone’s first pandemic, we know what happens when employers have all the power and job seekers have none. It turns into the Wild West out there, with bad bosses using all sorts of cheap tricks to take advantage of desperate young people.

I am also determined to challenge the practice of ‘exit fees’, where some firms are charging graduates up to £20,000 (payable in 30 days) if they quit their graduate scheme in less than two years. The companies claim this is what they have invested in training the graduates. It isn’t – but even if it was, who can pay that amount in a month? I regularly hear from graduates caught out by these contracts, who are suicidal or hoping to have a breakdown so the fees might be waived on health grounds. It breaks my heart, and it can’t be right. At the moment, there is a ‘debate’ around the ethics and legality of charging these fees, but there won’t be for much longer when we take these firms to court in 2021. I was right about unpaid internships, and I’m right about this too.