At 18, Véra Kempf had dreams to run an NGO or work in French administration, and studied political science at France’s prestigious SciencesPo.

Passionate about Robert Capa’s work, she’d been studying Hungarian before she discovered a future in entrepreneurship.

She met the first entrepreneurs of her life while working at the Chamber of Commerce in Pointe-Noire (Congo Brazzaville). It changed her life, as it opened her eyes to the possibility of building a business with great values and potential for social impact.

Singulart combines both her ambition to build something big and her will to have an impact on society. Singulart’s aim is to become the leading platform for selling art online; it takes something big to really change the game! Above all, however, the company’s core intention is to empower artists, bringing them closer to digital (where galleries are not providing any guidance) and providing them with relevant data to better communicate and build their careers. She believes in the power of culture to bring people together, and seeks to make the art market truly global. Véra also values the potential of the internet in reaching this goal – one that physical galleries have not been able to achieve.

I’m Véra Kempf and I co-founded Singulart, an online art gallery. We are based in Paris but have a very international scope, with a team composed of 8 different nationalities, represented artists from 80 nationalities and works sold in 25 different countries.

At Singulart, I’m in charge of the curation of artists as well as the product, to ensure that we have a great experience to offer to online art buyers.

I studied Political Science and International Affairs at SciencesPo, Paris. I’ve also lived abroad in Germany (Berlin), Hungary (Budapest) and the Congo (Pointe-Noire,) which obviously contributed to giving Singulart a very international scope from day one.

I wasn’t prepared to enter a career in business. I initially chose to study political science as I wanted to work in an NGO or for the European Union. My dream as a teenager was to get elected in my city and represent people in parliament.

It’s definitely more the people I crossed and met on my way who shaped my career. I met the first entrepreneurs of my life while working at the Chamber of Commerce in Pointe-Noire, Congo. Later, back in France, I met my first associate and together we decided to build a strong leader to make the art world more digital.

The main difficulty when you start a company is always finding cash. Raising funds was the first challenge, then hiring the right team was definitely the second one. I would also add that building a strong, transparent, trustful relationship with my associate is a challenge, as we are very different in terms of skills and ways of thinking: what proves to be a great asset for Singulart is also a communication challenge everyday.

Every month I have the feeling that we are starting back from zero. The thing that I’m the most proud of personally is to have imagined and made a product (the website) that both artists and collectors love. I had no background in digital product management and made it!

Something that Sheryl Sandberg mentions in her wonderful book Lean In is the support of her partner along the way. This was the same for me: I failed on my first startup; my boyfriend encouraged me to start the second one, and he is the one who makes me laugh when I’m stressed and accepts that I spend many hours in the office.

I’m very supportive of any mentoring. I have mentors – who don’t consider themselves as such, but who truly gave me confidence and encouraged me to follow my dreams.

As I believe that it is important to give back, and because I support equal opportunity for everyone, I became actively involved in the French organisation Article 1, for which I mentor a student from a more disadvantaged area in France.

I would tax entreprises who apply differences in salaries for a man and a woman who have the same qualifications.

My investor is strongly involved in gender equality as he is financing startups cofounded by a female and a male cofounder. I find this rule quite powerful.

Most of my team is composed of women (we are in the art world…) so I try to challenge them and give them self-confidence, to tell them that they can do as much as men.

My challenge is of course to make Singulart the leading online platform for selling art.

I’d like us to fulfill our mission to empower artists, ensure that artists continue feeling happy to be working with us. My current challenge is to bring Singulart to many offline fairs, to be accepted by the committees, and to encourage famous artists to work with us.

I have been listed in the 2019 Forbes 30 under 30 ranking for ecommerce and the retail industry.

Books that shaped me as a female entrepreneur:

Lean In, by Sheryl Sandberg

Memoirs of a Dutiful Daughter, by Simone de Beauvoir

The Hard thing about hard things, by Ben Horowitz 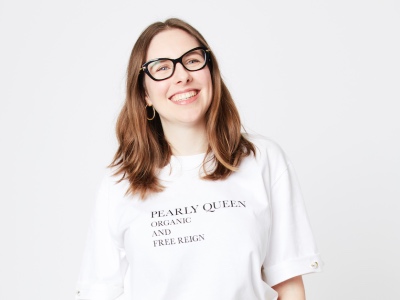 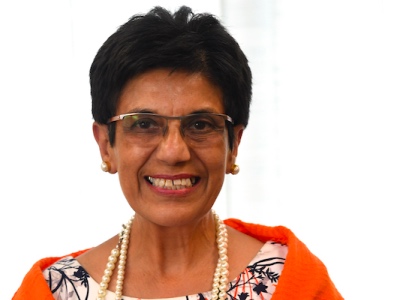