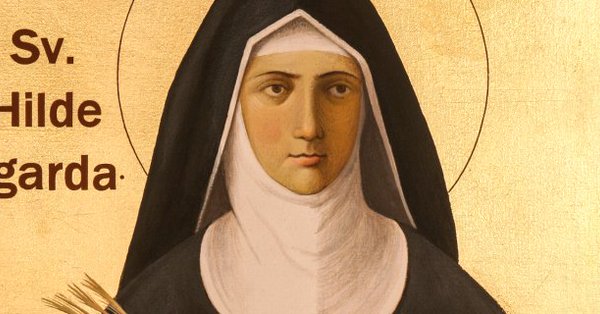 The world is full of inspiring professional women: Angela Ahrendts, Ursula Burns, Ho Ching – just to begin to list the As, Bs and Cs.

While the playing field is still by no means level, for the first time in history women are allowed and even encouraged to realise their potential as entrepreneurs, innovators and leaders. But before feminism, before the pill, and before the right to vote, women were still forging their own paths. Here are three extraordinary women who made their mark on the world through their work, over one hundred years ago.

Hildegard of Bingen was a German abbess and a light of learning in medieval Europe, where women were generally held to be morally and intellectually inferior to men. The monastic life allowed women like Hildegard to flourish in an all-female environment, escaping the subjugation that typically came with marriage (not to mention the perils of childbirth). In her eighty or so years, Hildegard achieved fame across Europe for her work as a theologian, philosopher, playwright, linguist (she invented an alphabet!) and natural scientist.

While Hildegard’s religious beliefs are present in all her works, she undoubtedly had the mind of a scientist, with a penetrating curiosity about the natural world. Botany and its therapeutic application was a subject that fascinated her, and she amassed a large living collection of medicinal plants, which she studied and experimented with.

Hildegard is known to have completed two scientific treatises, Physica and Causes and Cures, covering natural history, medical biology, pharmacology and healthy living. In both works, Hildegard draws upon her knowledge of classical scientific and medical texts, and her own findings and experience.

Of course, this was almost 1,000 years ago, so much of what Hildegard stated has been proved false. Nevertheless, she hit the mark on several occasions – her emphasis on the importance of good personal hygiene, a healthy diet and regular exercise is certainly in accordance with modern thought.

In any case, Hildegard’s work, like all good science, was a step towards a better understanding of the world around us. In a time and place where women’s voices were little heard, the great and the good listened to Hildegard of Bingen, and she had a lot to say.

Elizabeth I, an unmarried woman, may have ruled England for the last half of the sixteenth century, but it was still generally considered unnatural for women to hold power in their own right. Famously, the Queen herself had to clarify that though she had “the body but of a weak and feeble woman”, within her was “the heart and stomach of a king”.

For the most part, women were financially dependent on their fathers and husbands, and in order to have your voice heard in the corridors of power, you needed to speak through your male relatives. Bess of Hardwick used this patriarchal system to her advantage, acquiring a vast fortune, property empire and considerable political influence through her four marriages and her own astuteness.

Bess is perhaps best known for overseeing the building of the two great houses of Chatsworth and Hardwick Hall in Derbyshire. Academic Sara Jayne Steen goes as far as to call her “the greatest woman builder ever known”.

Hardwick Hall in particular is considered a triumph of Elizabethan architecture for its beauty and innovative design. Renowned as a shrewd businesswoman, Bess wasn’t just interested in acquiring wealth, but in managing and growing her assets. She bought up and renovated old estates, rented out coal and lead mines, and set up iron-smelting and glassworks, which she used to produce building materials for her construction projects. She took an active role in the running of her estates and businesses, and kept meticulous accounts.

Born into the minor gentry, and first married when she was just a teenager, Bess went on to become a countess and the richest woman in England (bar the Queen herself). Over four hundred years ago, life gave Bess a lemon, and she made lemonade.

She went on to make a scientific breakthrough that changed lives, discovering a way to use chaulmoogra oil to treat leprosy – a terrible disease whose sufferers were quarantined for life. The oil had already shown signs of being an effective treatment, but would burn the skin when injected and was difficult to ingest. Ball solved this problem by developing a method for extracting the active ingredients in the oil, meaning that patients could tolerate treatment. Therapies based on her method were used to treat leprosy for decades afterwards.

So impressive was her work that at the age of just 23, Ball became the first woman and first African-American to be offered an instructor position in chemistry by the University of Hawaii. Tragically, Ball died shortly afterwards, and Arthur L Dean, a chemist and the president of the University of Hawaii, began to take credit for her work. It is only thanks to researchers Dr. Kathryn Waddell Takara and Stanley Ali that Ball is now remembered for her significant contribution to medicine.

Look back through the ages, and you’ll find inspiring women all over the globe; they’ve been around since the dawn of civilisation. They’re testament to the indomitable drive of women to explore, create and succeed, whatever odds they face.

Rosemary Proctor writes for Inspiring Interns, which help career starters and interns succeed in the workplace. To browse their graduate jobs, including mobile jobs, visit their website.

0Shares
Inspirational WomenProfessional
Previous PostThese are the words to avoid using in your CV, according to expertsNext Post28/09/17: CIO WaterCooler LIVE! – Women in Tech at CIO WaterCooler