Over the weekend, the Republic of Ireland elected openly gay Leo Varadkar to become their next Prime Minister. 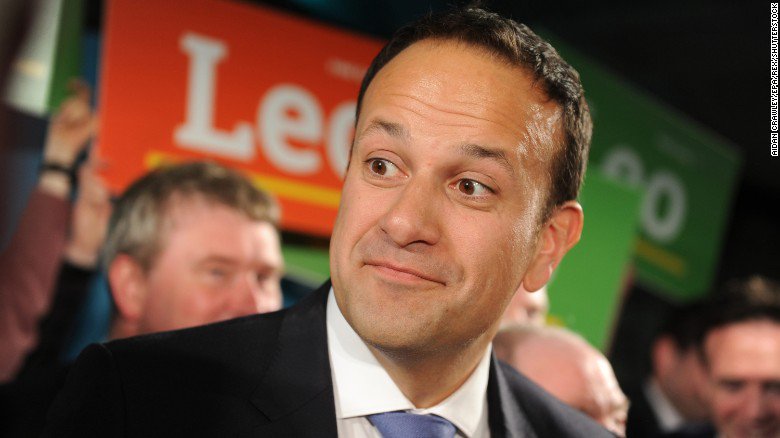 He beat his rival, Housing Minister Simon Coveney, with 60 per cent of the final tally, to lead Fine Gael – the biggest party in the coalition government.

Mr Varadkar was elected as Fine Gael leader, replacing Enda Kenny, who announced his departure in early 2017 after 15 years.

He came out as gay in the run up to the 2015 same-sex marriage referendum, and has since been in charge of the welfare system.

Ireland was once regarded as one of Europe’s most socially conservative nations, with homosexuality being illegal up until 1993.

He said of his sexuality:

“It’s not something that defines me. I’m not a half-Indian politician, or a doctor politician or a gay politician for that matter.”

“It’s just part of who I am, it doesn’t define me, it is part of my character I suppose.”

In response to his historic win, Varadkar said that it proved that “prejudice has no hold on this Republic.”

He added that his father – an Indian immigrant – would be proud that Varadkar had been  “judged by his actions, not his origins or identity”.

The new Prime Minister added: “Friends, today I’m honoured to have been elected as leader of the party.

“I accept it with humility, and am also aware of the challenges ahead. I want to thank everyone who engaged in this democratic process”.

“To you who supported me, I give you my heartfelt thanks, and won’t let you down”.

“To those who did not, I hope I can gain your trust and confidence in the years ahead.”

Despite the historic win, Varadkar has made controversial statements regarding abortion. Speaking with the Sunday Independent magazine about whether women who became pregnant after being raped were entitled to an abortion, Varadkar said:

“I wouldn’t be in favour of it [ abortion ] in that case, and, you know, first of all, it isn’t the child’s fault that they’re the child of rape.”

“How would that work practically? Would someone have to prove that they’ve been raped?”