0
You have 0 items in your cart
Go To Shopping
Home > Lifestyle > Parenting > Is Lying to Your Kids About the Tooth Fairy Wrong? Who knew that being a parent would bring with it so many ethical dilemmas? Once parents map out how they are going to discipline, feed and teach their children, there are still more predicaments to face. One of the dilemmas parents today face is whether or not to tell their little ones the truth about the Tooth Fairy when milk teeth are beginning to be replaced by permanent ones.

It was not so long ago that people thought nothing of saying that storks brought babies, giant bunnies hid eggs and fairies collected teeth. However, these traditions started back when there were no televisions or electronic gaming systems, usually only one parent worked outside the home and people still spanked their children and fed them castor oil to discipline them. Parenting has changed a lot since then.  In light of a new age in parenting, should the Tooth Fairy perhaps die and be buried alongside items like the dunce cap, Dad’s after-work pipe and the phrase “children should be seen and not heard?”

Technology, Kids and the Ready Availability of Information

Kids today live in the age of information. As soon as a child can read, he is able to get online and look up answers to his many questions. Gone are the days when a child would ask, “Why is the sky blue?” and parents had to quickly make up a response. Gone are the days where the parent is seen as the one who knows everything. Kids have Google for that now. So, in this technological age, should people adapt and become more like their computers, operating on pure logic and science, or is the data overload all the more reason to cultivate imagination and fantasy?

For answers, parents should look to some of the brightest minds in science, teaching and parenting. Einstein, arguably the greatest scientific mind the world has known, said,

It sounds like Einstein would be in favor of the Tooth Fairy, and that he would see her as an asset in building great minds for the future.

Anne Sullivan, Helen Keller’s teacher, was also a brilliant mind, especially when it came to children and teaching. She said,

“It’s a great mistake, I think, to put children off with falsehoods and nonsense, when their growing powers of observation and discrimination excite in them a desire to know about things.”

She seemed to believe that indulging children in fantasy was beneath them and that children would enjoy learning facts much more.

Most parenting experts today seem to hold both schools of thought. They say fantasies help young children develop creativity, language and cognitive skills. However, as a child gets older she should be told the truth when she is ready for it. How do you know if your child is ready? Robin Goldstein, PhD says in her book The Parenting Bible to follow the child’s lead and look for clues. For example, if your child is crying over the prospect of the tooth fairy not being real, she does not want to know the truth, whereas if she seems more offended by the fact that you actually expect her to believe that a mythical creature is able to make it to thousands of homes each night undetected, she wants you to come clean.

There may be danger in going to the extreme in either direction. Some parents fear they are setting a bad example by lying, and that their children will feel that honesty is not valued in the home when they learn the truth. Another concern on this end of the spectrum is that indulging a child so much in fantasy will result in him never being able to face reality. There is also the other worry, that myths like the Tooth Fairy make children greedy and replace meaningful rites of passage with a desire for money and gifts. Looking at it from the opposite perspective, parents worry that in an age of potentially endless screen time, children are taking in too much data from outside sources and not using or developing their own minds, therefore without any fantasy and imagination, a child may fail to develop the thinking skills necessary to create and solve problems in original and imaginative ways.

Use Your Own Personal Moral Compass

Whether perpetuating the Tooth Fairy myth is wrong or not is something that only you can decide for yourself, based on your personal set of ethics. To discover your values, try asking yourself if you think a lie is wrong if it makes someone feel better. For example, if the family dog dies and it makes your family feel better to think that the dog is living on a farm or living in Doggie Heaven, is that lie wrong? Also, think back to your own childhood. Did your parents tell you about the Tooth Fairy? If not, do you wish they had?  If they did, do you wish they hadn’t?  How did you feel when you learned the truth? Your answers to questions like these can help you discover for yourself what you think is right and what morals you want to pass down to your children.

If you are still on the fence about whether to lie to your child and tell them about the Tooth Fairy, you can take another approach. When your child loses a tooth, you can tell him that some people believe that a fairy comes to collect teeth at night and leaves a gift in return. You can then ask your child what he thinks about this and if he would like to try it. This allows the child to decide for himself what he wants to believe.

When it comes to truth, the fact is that humans have indulged in fantasies, myths and symbolic rituals since as far back as historians can trace. As a species, humans are creative beings who look for meaning in their experiences, not simply for facts. Whether or not you tell your children about the tooth fairy, they will most likely still invent stories, imaginary friends and clever ways to explain things that they do not understand. It should bring you peace of mind to know that both Tooth Fairy believers and non-believers have been able to grow into healthy and happy adults, regardless of their parents’ personal take on this issue. The fact that you are taking the time to explore the topic rather than just blindly passing on tradition is meaningful in its own right, and your children will be grateful for this either way.

Choosing the right childcare for your family – Nurseries 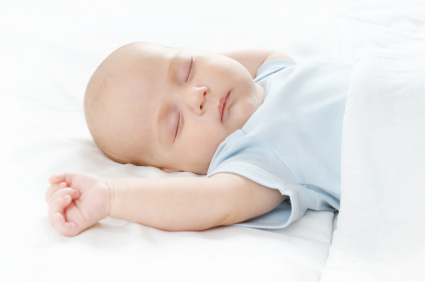 How to Create a Relaxing Environment for Your Baby’s Bedtime 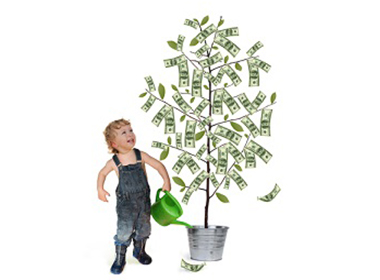 Choosing the right childcare for your family – Nannies