As women, we’re used to changing names: as Miss, Ms, Mrs and Mx.

At work, it’s just the same: Team Leader, Group Leader, Service Manager, Acting or otherwise (I sometimes think ‘Acting’ is quite a perceptive description!). Usually, these titles make it easy for those around to work out what to expect from us.

Whether we like it or not, the title we hold (AKA the name on our hat) affects how we are ‘seen’ by others. Expectations run both ways. Our own, to live up to the size of our hat (and the more successful we become, the bigger the hat). From others, that we behave in the way they expect us to.  Sometimes, all these expectations can get in the way, stopping us performing at our best in that role. Worse, some of these can be completely mis-placed, particularly if you are working in an area with few female colleagues.

Early in my career as a built environment professional, I found some builders wouldn’t deal with me because I was female: how could I understand what happens on a building site? So I toughened up and stood my ground  … and stopped myself  creating the dialogue needed to work through problems. I dug in my heels when I should have talked around the issues. Later on, I watched and listened as female members of my staff fell into the same trap: the need to be credible won over the need to get a solution.

It isn’t only on building sites where this occurs: anywhere that a ‘powerful’ personality is seen as valuable, the need to be credible can get in the way of us achieving the best and quickest solutions. In short, we find ourselves wearing hats that aren’t comfortable. They just don’t seem to fit properly.

After a while I realised what was wrong: I was too busy reading the name on the outside of my hat. I was too fixated in what I was supposed to be doing and not giving enough attention to what I could achieve whilst wearing it.  I needed another label on the hat, but this one needed to go on the inside, where only I could see it and where I would read it every time I put it on. My new label transformed the way I thought about my role and it moved with me when I changed jobs and later, changed career. This is what it said:

Finally, the hat had to live up to me, not the other way around.

Fast-forward to today, and I have the privilege of choosing the name on my hat for myself. I have chosen Director of Stuff at Oook Audio. Why? Because it’s what I do, it doesn’t limit my scope, it invites me to stretch my wings and most importantly, it reflects how I work. And it has the added benefit that it doesn’t come with expectations attached!

At last, the hat fits… 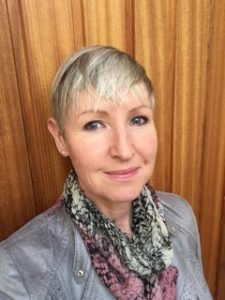 Sarah has one career as a built environment professional in Local Government, with over 20 years experience managing multi-disciplinary teams, large-scale mixed-use developments and a team budget of over >£1M. Alongside this she has worked as a composer, songwriter, backing vocalist and media music writer with numerous TV credits. Her current role is Director for an online, digital downloads music library, where she manages … stuff.