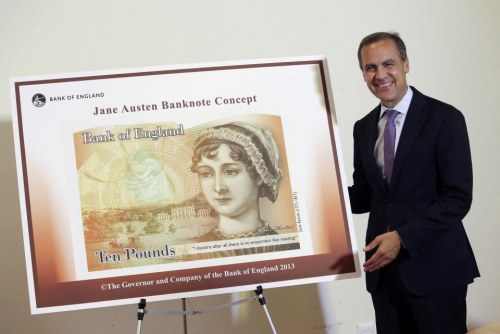 The new £10 bank note featuring author Jane Austen is to be unveiled by the Bank of England.

Mark Carney, Bank of England governor, will unveil the note at Winchester Cathedral on Tuesday. The unveiling also marks the 200th anniversary of the author’s death.

Austen is best known for her six major novels – Sense and Sensibility, Pride and Prejudice, Mansfield Park, Emma, Northanger Abbey and Persuasion. Her work often critiqued the British landed gentry at the end of the 18th century. They also explore the dependence of women on marriage in the pursuit of a good social standing and financial security.

Austen’s appearance on the banknote will mean that currently she is the only woman on English notes – aside from the Queen. Previously, prison reformer Elizabeth Fry has featured on the £5 note, but was replaced last year with Winston Churchill.

Like Churchill’s note, the new £10 will be made from polymer instead of paper, which according to the Bank of England is cleaner, safer and stronger.

Alongside the picture of Jane Austen, which was commissioned by her nephew, the new note will also show an illustration of Pride and Prejudice’s Elizabeth Bennet; an image of Godmersham Park, home to Austen’s brother; Austen’s writing table; and the quote, “I declare after all there is no enjoyment like reading.”

The announcement that Austen was to feature on a banknote was one of the first given by Carney in his role.

At the time he said, “Jane Austen certainly merits a place in the select group of historical figures to appear on our banknotes.”

“Her novels have an enduring and universal appeal, and she is recognised as one of the greatest writers in English literature.”

“As Austen joins Adam Smith, Boulton and Watt, and…Churchill, our notes will celebrate a diverse range of individuals who have contributed in a wide range of fields.”

Alison is the Digital Content Editor for WeAreTheCity. She has a BA Honours degree in Journalism and History from the University of Portsmouth. She has previously worked in the marketing sector and in a copywriting role. Alison’s other passions and hobbies include writing, blogging and travelling.
Previous PostRemembering Jane Austen 200 years onNext PostA network lunch in moving pictures | Life of a Lady

Alison SimpsonFeaturing on WATC, Inspirational women in TV and Media 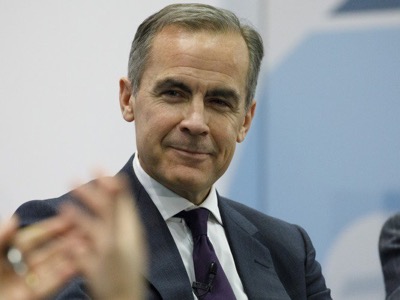 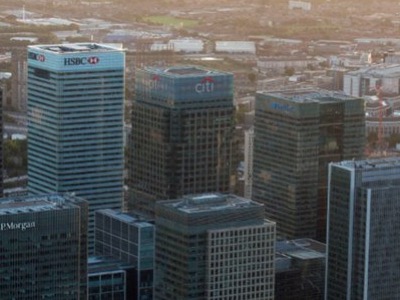 Bank of England predicts 75,000 finance jobs lost due to Brexit