0
You have 0 items in your cart
Go To Shopping
Home > Featuring on WATC > Jess Phillips: “Left-wing men are the worst sexists” 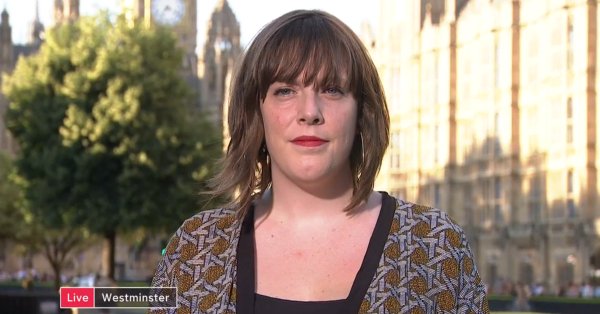 Labour MP Jess Phillips has spoken out about left-wing men, calling them “the actual worst” when it comes to sexism.

Speaking during a “Telling The Truth” talk at the Edinburgh International Book Festival, Phillips discussed issues with the left, explaining that men “don’t think of [women] on the same level” as them.

According to The Times,

Phillips said: “When they close their eyes at night and think of amazing people who have changed the world, it’s always some white dude that pops into their head.”

“They [the left] are the worst, the actual worst. Men said they supported better female representation, but when it came to losing their own jobs, they would say, ‘Oh, you mean me?’. But I am so clever. I’ve got so much to offer the world.’ They are literally the worst.”

Phillips also said women were “entirely missing” from Labour’s industrial strategy, stating that it’s all about ‘men with shovels’.

“Men who want to own your equality and the things you fought for are absolutely fine if they want you to own it as well but when they want it to puff out their own chests, that is really, really, really annoying,” she continued.

The Birmingham Yardley Labour MP also described comments made my a leading left-wing Guardian journalist that ex-deputy leader Harriet Harman was “not that great for women”.

According to Phillips, the prominent journalist also said that Jeremy Corbyn had “always voted the right way”.

“So yeah, Jeremy Corbyn better for women than Harriet Harman, obviously. I remember him in all those meetings, there with his banners for [equality],” Phillips added.

Ms Phillips, who, prior to working in Westminster spent five years working with survivors of domestic abuse, has previously made her feelings about Jeremy Corbyn clear.

“It looks hypocritical to preach about the importance of equal pay while putting men in senior roles with much higher salaries than the women — a further flaw in his alleged feminism.”

“It’s not the first time he has failed to practice what he preaches.”

0Shares
Jess PhillipsLaboursexism
Previous Post27/09/2017: The Financial Times and WATC invite you to join us for the next Women at the Top Summit | Transforming LeadershipNext PostStudy shows female characters in movies usually “make no difference to the plot”