Those of you who know Nick Drake, the nature-obsessed folk singer with a voice more pleasurable than dopamine, might remember his tune They’re Leaving Me Behind. In it, he laments the passing of a forgotten generation and the fear that he can’t keep up with the march of technology.

“For them there’s a future to find,” he sings, “But I think they’re leaving me behind.”

It’s a feeling that many in the job hunt might sympathise with – as so-called progress moves application forms to the internet and robs traditional industry of its job-for-life status, some of us find the rapid thrust of the rat race impossible to keep up with.

But your skills are like a shark – if you stop pushing them forward, they’ll atrophy and die.

With that in mind, what future-proof jobs can you apply for to ensure you aren’t left behind?

The trades of the future

You might think of trades as the preserve of middle-aged men shouting, “Y’alright, darlin’!” from building sites, before growling into their hammers – but it’s actually an industry fertile for progress.

In training programs up and down the country, technology is being fully embraced, with microgeneration certification scheme and solar panel installation schemes becoming de facto parts of a tradesperson’s knowledge.

If you’re interested in satisfying graft, this is the job for you.

As retail powerhouses like Amazon and Play.com leave the high streets coming like a ghost town, having a deep knowledge of the internet is vital for success.

Finding your place in the big bad world of the net, especially while it’s still a relatively new frontier, can keep your prospects high and the future bright.

Robots are already muscling in on almost every industry, pushing humans out of manufacturing with their artificial precision. And, in accordance with Moore’s Law of technological progress every two years, there’s no sign of it letting up.

However, that doesn’t mean we’ll all be obsolete in the future. Robots still need to be repaired, so get educated in basic engineering to future-proof yourself from the wave of AI taking over the planet.

As the population ages, elderly care is already a booming industry – right now there are around 10 million people over 65 in the UK, a figure set to increase by more than five million by 2020.

New forms of care will inevitably spring up, including advanced treatments and home care devices. Research them now and you’ll be an invaluable member of society in the first quarter of the 21st century.

How to write an inclusive job description

How to end a cover letter

The Job You Want is Just a Step Away 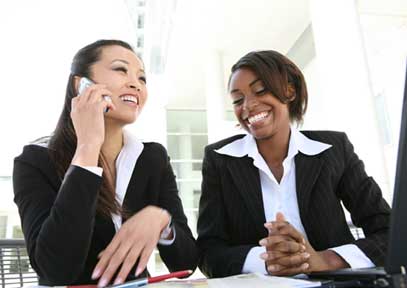 The Job You Want is Just a Step Away