The judge’s former student, Jennifer Sisk, told the Senate Judiciary Committee about when the judge and a law professor argued in a class discussion that companies should ask women about their maternity plans in their job interview.

Gorsuch is alleged to have ‘implied that women intentionally manipulate companies and plan to disadvantage’ them, according to a letter written by Sisk.

She wrote: “He asked the class to raise their hands if they knew of a female who had used the company to get maternity benefits and then left right after having a baby,”

“At that point Judge Gorsuch became more animated saying ‘C’mon guys’. He then announced that all our hands should be raised because ‘many’ women use their companies for maternity benefits and then leave the company after the baby is born.”

Of the discussion, Jennifer Sisk wrote that she was “distressed” by it’s content and “surprised” that someone of Judge Gorsuch’s professional standing could hold such views.

“It concerned me that a man educating female lawyers would be discounting their worth publicly,” she wrote.

“Now it concerns me that a man who is being considered for our highest court holds views that discount the worth of working females.”

Judge Gorsuch is currently awaiting his Senate confirmation hearing, beginning this week. The allegations will add further scrutiny to the proceedings, as he will already be questioned over some social issues, including his stance of assisted suicide and euthanasia.
If he is appointed, he will serve for life.
0Shares
Judge Neil GorsuchmaternityPregnancy
Previous PostWe don’t need science to prove women are equal, says Prof Stephen HawkingNext PostPower Rangers to feature the first big-screen, openly gay character in a superhero movie 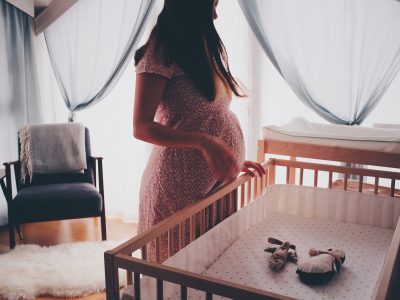