June Sarpong OBE, Vanessa Kingori MBE and Yomi Adegoke are just some of the women taking over the Instagram accounts of prominent white women, for a campaign to raise black female voices and their work.

Launched on 01 October, in celebration of Black History Month, the #ShareTheMicUK campaign follows the success of the US campaign in June. The US campaign gave Black women an opportunity to share their experiences on the Instagram accounts of white women, such as Sophia Bush, Julia Roberts sand Sarah Paulson. It also created relationships between Black and white women and helped create a strong network of people who know and trust each other.

Now, the UK campaign is hoping to do the same. The campaign is spearheaded by Vanessa Kingori MBE, publishing director at British Vogue and Stephanie Phair, director at Farfetch and Chairman of the British Fashion Council. Over 70 accounts will be taken over, with a combined total of more than 175 million followers. Kingori will take over Kourtney Kardashian’s account; June Sarpong OBE, BBC director of creative diversity, is paired with Victoria Beckham; Sharmadean Reid, Founder of WAH Nails and Beautystack, is paired with Charlotte Tilbury; and journalist, Yomi Adegoke is taking over Laura Whitmore’s page.

Speaking about the campaign, Kingori said, “Within the important narratives of racial inequality are Black people with key contributions to society.”

“Many of us in the Black community know some of these women, and their stories, it’s time the world does too.”

Phair added, “The events this year have shown that there is still so much to do to create a world underpinned by equality, understanding and respect.”

“Where everyone has the opportunity to succeed regardless of race, and individual stories matter and are heard.”

#ShareTheMicUK starts on 1st October and you can follow using the hashtag or @sharethemicuk. 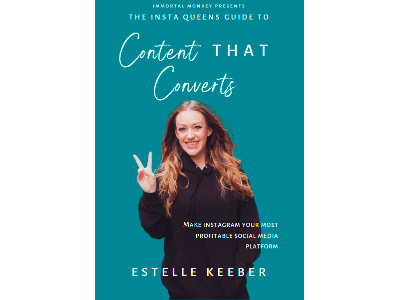