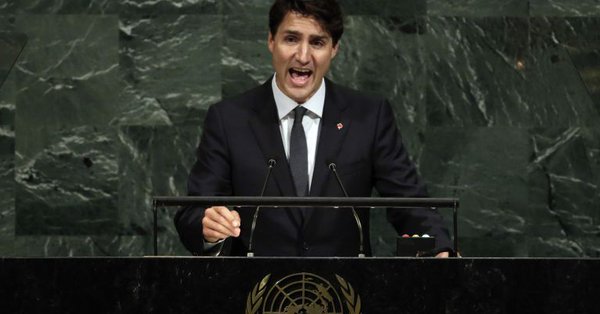 Canadian Prime Minister Justin Trudeau has called for more ‘male feminists’ in an impassioned speech at the WE Day U.N. campaign.

“Men can be feminists”, Trudeau declared, standing next to his wife, Sophie Gregoire Trudeau onstage at the Madison Square Garden theatre.

He added that he was “proud” to stand as an “advocate for He for She”, a UN movement “of men standing up for women.”

Trudeau described the movement as men “shutting down some of those negative conversations that we get in locker rooms, in bro culture.”

He told the crowd at the youth empowerment campaign in New York:

“Being a feminist for me means recognising that men and women should be, can be, must be equal and secondly, that we still have an awful lot of work to do”

He added: “We need to know that we are better than that.

How we treat our sisters, our girlfriends, our cousins, our mothers and the world around us matters.

We need to take back what it is to be a man and that means being open, compassionate, respectful and brave about standing up for it.”

Sophie Trudeau, appearing on stage alongside her husband, asked the audience for a redefinition of “normal”.

“You know I’m a mama of three kids and I have two boys. And boys are wonderful, creative, intelligent, wise human beings,” she said.

“And you guys when you live in a culture that sometimes narrows your notion of what it is to be male and masculine, it doesn’t celebrate your intelligence and your potential.

“You are amazing human beings and we need you at every step in making this world a more just place for all.”

Earlier in the week, Trudeau spoke on the Women in the World stage at the inaugural Canada summit, telling the audience what needs to happen to achieve gender parity:

“If we’re going to elevate women, some men are going to lose some power that they unjustly have,” the prime minister said.

“Men have an essential role to play in feminism, in equality,” he continued, “because, like it or not, we have power that is unjustly given to us that we need to use and put in service of leveling the playing field.”

0Shares
campaignFeminismJustin TrudeauU.N
Previous PostSkills that give women a sustainable advantage over menNext PostWomen in Media | Five pieces of advice 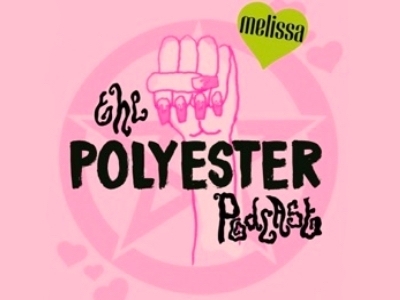 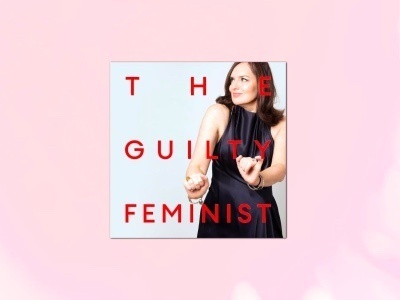