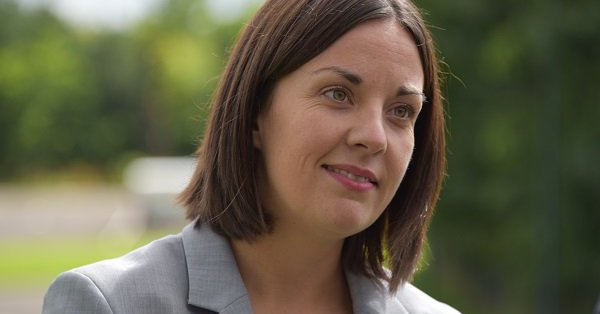 Kezia Dugdale has decided to step down as the leader of the Scottish Labour party. claiming the group needs ‘fresh energy’.

Dugdale’s wrote to the party’s Scottish executive committee on Tuesday to announce her resignation, with immediate effect.

Whilst her stepping down has come as a surprise to the party, Dugdale told the BBC that her decision had nothing to do with avoiding conflicts with Jeremy Corbyn’s Scottish supporters.

Instead, the former party leader said she had steppe down because the party needs a leader with “fresh energy, drive and a new mandate” and who had the “space and time” to prepare for 2021’s Holyrood elections.

“I’d like to thank Kezia Dugdale for her work as Scottish Labour leader and the important role she has played in rebuilding the party in Scotland.”

“Kezia became Scottish leader at one of the most difficult times in the history of the Scottish Labour party and the party’s revival is now fully under way, with six new MPs and many more to come.”

“I want to thank Kez for her tireless service to our party and movement, and look forward to campaigning with her in future.”

Dugdale had opposed Corbyn’s leadership bids in this year’s election, and last year she backed his opponent Owen Smith, alongside many members of the Scottish Labour party.

Neil Findlay, the most senior Labour MSP associated with Corbyn, said he had “no idea at all” that Dugdale was going to resign. “It came as a bolt out of the blue to me as well,” he said.

After winning leadership, Dugdale had previously insisted that she would stay in her post after the 2021 election, explaining that it would take years to rebuild the Scottish party.

Speaking to the BBC on Tuesday, Dudgale revealed she felt she wasn’t right fit as the leader of the party anymore:

“I have thought long and hard about this. I care deeply about the Labour party – I love it and I have devoted my adult life to serving it in a number of different capacities,” she said.

“And I have just come to the conclusion that the best thing for it, the Labour party, this precious, precious thing that has done so much good in our country, and indeed for me, is to pass that baton on.”

5 Questions to ask yourself before you hand in your resignation