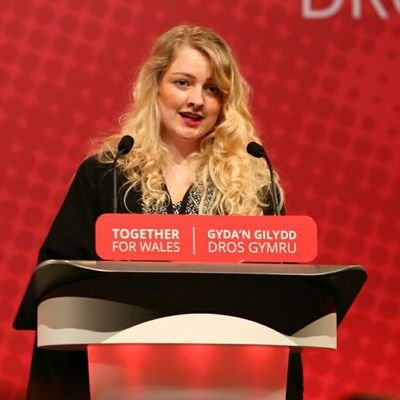 Labour candidate, Emily Owen has spoken out on social media against the abuse she has received since announcing her decision to stand for MP.

Owen, 22, who is standing in Aberconway, Wales, has received a number of harassing and lewd messages.

One man wrote, “I’ll only vote for her if she’s got a decent rack for me. Anyone know her size? I mean she’s pretty enough but haven’t seen much of her body yet.”

Another man, allegedly in his 50s, also wrote, “Hello young Emily. I’ve seen your post and it’s brave for a young girl to put herself out there like that.”

He continued, “You’ll need some practice on shutting men down I should think. You can practise on me any time.”

One online user also started a poll asking, “How many votes for a striptease?”

Writing on Facebook, Owen said, “This is the first time I’ve been under this level of public scrutiny and I have to say I’m shocked.”

“If people have questions about my politics, discuss with me.”

“If you don’t agree with my reply, challenge me.”

“What is not acceptable is flooding me with messages about what sexual acts I’m prepared to perform to get votes, what bra size I am, how many votes needed for me to strip and comments suggesting the reason I’m standing is to sleep with an Oxford grad.”

“I’ve been debating ignoring it but this behaviour is disgusting and needs calling out!”

“I highly doubt you’ll be asking the male candidates their penis size in order to make a decision about their politics…sexism is not okay.”

Many people have spoken out in support of Owen and against this type of behaviour.

Speaking to the Daily Post, Owen said, “I decided to say something on social media as sexism like this just isn’t acceptable.”

“It’s totally depressing that this sort of thing is still going on in 2017.”

“Those posting the abuse are cowards, as they hide behind stupid names and funnily enough nobody ever says anything like that on the doorstep when I go around knocking on doors.”

Alison is the Digital Content Editor for WeAreTheCity. She has a BA Honours degree in Journalism and History from the University of Portsmouth. She has previously worked in the marketing sector and in a copywriting role. Alison’s other passions and hobbies include writing, blogging and travelling.
Previous PostUK unemployment rate drops to lowest in 42 yearsNext PostKirsten Dunst: ‘It’s always harder for women’