0
You have 0 items in your cart
Go To Shopping
Home > News > Current Affairs for Women > Labour will “take action to close the gender pay gap”, says Jeremy Corbyn 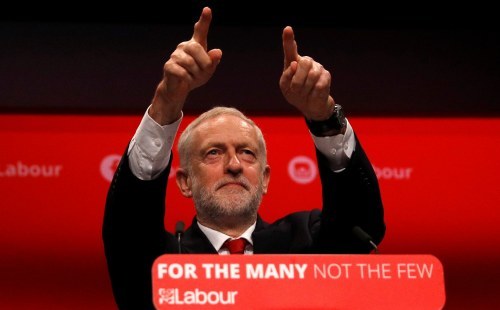 Jeremy Corbyn, leader of the Labour Party, has said that the party will “take action to close the gender pay gap.”

Speaking at the annual Labour Party conference in Brighton, Corbyn said that if elected, the party would introduce mandatory equal pay auditing.

Addressing the crowd, Corbyn said, “Our party in government will take action to close the gender pay gap.”

“We will introduce mandatory equal pay auditing for large employers and give the Equality and Human Rights Commission the funding it needs to drive through the change.”

During the 2017 election, Labour’s manifesto promised to end the gender pay gap, as well as introduce more free childcare, to end zero hour contracts, and give all workers equal rights.

Corbyn also spoke about the role that women have played in the Labour Party, including former MP Margaret Bondfield.

He said, “It was over a century ago, here in Brighton, that a teenage shop worker had had enough of the terrible conditions facing her and her workmates.”

“She risked the sack to join the Shop Workers’ Union, after learning about it in a newspaper used to wrap up fish and chips, and was so effective at standing up for women shop workers, she became assistant general secretary before the age of 30.”

“In that role she seconded the historic resolution at the Trades Union Congress of 1899 to set up the Labour Representation Committee so that working people would finally have representation in Parliament.”

“That became the Labour Party and it was this woman, Margaret Bondfield who later become a Labour MP.”

“And in 1929, the first ever woman to join the British cabinet.”

“From a Brighton drapery to Downing Street, Margaret Bondfield’s story is a reminder of the decisive role women have played in the Labour Party from its foundation, and that Labour has always been about making change by working together and standing up for others.”

Alison is the Digital Content Editor for WeAreTheCity. She has a BA Honours degree in Journalism and History from the University of Portsmouth. She has previously worked in the marketing sector and in a copywriting role. Alison’s other passions and hobbies include writing, blogging and travelling.
Previous PostWomen of the Future Award’s 2017 shortlist announcedNext Post“Any woman who voted against Hillary Clinton voted against their own voice” | Michelle Obama speaks out against female Trump supporters