New research reveals the rise of the ‘female breadwinners’

The antiquated archetype portraying the man of the house as the hunter-gatherer who earns the lion’s share of the family income is now well and truly dust. That’s according to the results of new research by protection specialist LV=, which today reveals that an estimated 4.3 million[1] women are the main breadwinners in their households, all earning substantially more than their male partners.

The rise of the female breadwinner

The research, conducted among 3,930 women and men aged 25 – 59, charts the rise of the female breadwinner over the years. And where the vast majority (59%) of yesterday’s women accepted traditional gender roles, that’s certainly not the case for today’s power ladies.

Indeed, following in the footsteps of famous female breadwinners such as Holly Willoughby and Adele, the proportion of women in their 20s and 30s that earn demonstrably more than their partners has leaped from 26% to 41% over the last three decades.

However, it’s when comparing the average annual income of today’s female breadwinners with their partners that the gender role reversal truly becomes clear to see: £51,965 for the ladies, but just £37,965 for the gents – meaning that millions of women are now bringing in up to 37% more per year than their other halves. What’s more, over half (54%) of female breadwinners claim to have always earned more than their husbands and boyfriends.

Although 29% of male partners surveyed by LV= see themselves as proud ‘house husbands’, the vast majority (71%) of men are in full-time employment, lending further weight to the argument that it’s now the women who are blazing a trail in the salary stakes.

In fact 40% of  households are now so reliant on the female breadwinner’s income that the man of the house would not be able to provide sufficient financial support if she were unable to work. Despite this shift, many female breadwinners have no safety net in place should anything go wrong, with 53% lacking life cover, 80% lacking critical illness cover and 89% lacking income protection cover.

“This research certainly throws up some interesting findings and it’s fantastic to see antiquated stereotypes being challenged. However, it is worrying that so few have any financial safeguards in place for protecting their lifestyle as it can put them in a precarious position. Whether it’s the man or the woman that is the higher earner, the responsibility of having others relying on your salary means it’s important to consider what would happen if you were unexpectedly unable to work due to illness, accident or unemployment? We would encourage people to ensure they have a backup plan which could offer them financial support, especially if they have children.”

“We would urge all couples, be they married or cohabiting, with or without children, to make sure they have appropriate plan to provide sufficient financial security and protect their lifestyles whatever may happen.”

Looking at the key reasons why these women believe they’ve been more successful in their earnings than their partners, the majority put it down to “education, education, education”. Reflecting the  tendency for girls to outperform boys at all levels of education, over half (54%) of female breadwinners claim to have better GCSE and A-Level results than their partners, while 47% also have a superior university degree. Almost two thirds (60%) believe that these achievements have been extremely helpful in securing them high-flying jobs and aiding their progression up the career ladder.

On the topic of careers, the research results indicate that, it’s ladies working in the engineering and governmental sectors that are more likely to become female breadwinners (51% and 48% respectively). Other professions that are rich pools for producing female breadwinners include finance (45%), transport (45%), education (44%) and law (43%).

Although many women struggle to restart their careers after having children, the research by LV= shows how an estimated 2.5 million[2] (59%) female breadwinners are also mums, successfully juggling the demands of being the higher earner with those of motherhood. In fact, there are more female breadwinners aged between 35 and 49 than any other age group (47%).

Date a man that earns more than me?

While half (51%) of modern men are happy for their partners to be the main breadwinners, and indeed are overwhelmingly supportive of them, for others, old habits seemingly die-hard. Indeed, 6% of men openly resent being the lower earners in the household, while another one in 14 (7%) claim that to prevent “having their pride dented” they will often lie about who the main earner in the home is during social outings.

Bizarrely, another 10% of couples have a ‘gentleman’s agreement’ with their higher-earning wives and girlfriends, dictating that the man is always known as the main breadwinner among relatives, friends and acquaintances. Such face-saving measures would never be agreed to, however, by the estimated 392,235[3] (9%) female breadwinners who claim they would flat out refuse to even think about dating a man who earns more than they do. 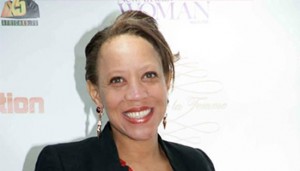 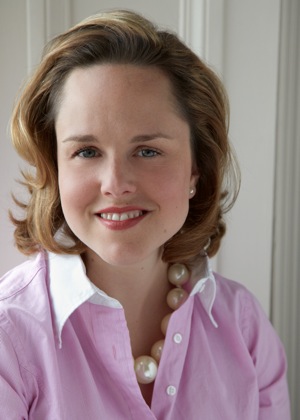