What do Lisa Kelly and Joanne Eason have in common? Apart from the fact that they’re women, both have a passion for driving trucks. 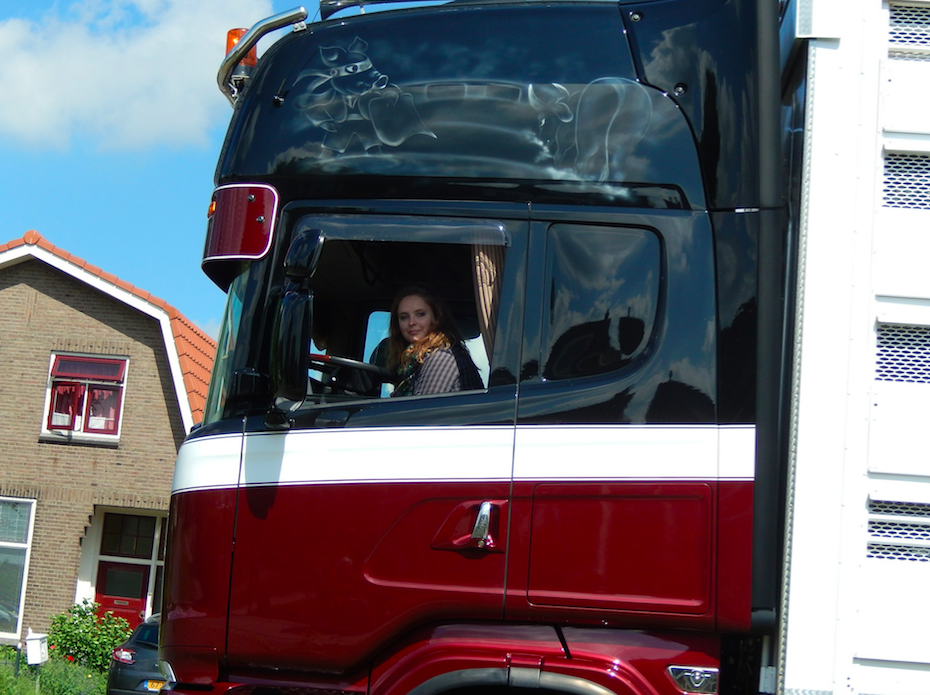 Lisa has appeared on the popular reality television series Ice Road Truckers, in which she and her fellow truck drivers haul large loads along the icy Dalton Highway in America, while Joanne is a professional British truck racing driver, having completed more than 60 races over the past 20 years.

It may seem unusual that these women are in a profession that, unlike many other industries, remains a predominantly male-orientated one. According to She’s RHA, a division of the Road Haulage Association (RHA) that represents women in haulage, just eight per cent of the 1.8 million people working in the haulage industry are women, with only one per cent of HGV drivers being female.

But, judging by recent survey results published by the Freight Transport Association (FTA), which show an increase in the number of younger women wanting to get behind the wheel of a lorry, the status quo looks set to change. This is positive news, particularly considering that the UK industry is currently experiencing a serious shortage of drivers, compounded by an ageing driver workforce.

Why so few drivers?

The FTA Logistics Report 2016 shows that more than 64% of truck drivers are over 45 – and there are problems with filling vacancies as a consequence of economic growth, increase in e-commerce and too little funding for vocational training for drivers.

Additional reasons why young people are not considering driving as a career option include lack of understanding of the sector, poor image of the industry, driver medical requirements, low quality driver facilities, and the high cost of becoming a qualified HGV driver – licencing and training can be as much as £3 000.

It seems a pretty bleak picture, so why would women want to enter the world of haulage?

Given that government stats predict that by 2022 the industry needs to recruit approximately 1.2 million more people, the RHA believes that the solution lies in recruiting more women. With contributions from women currently working in haulage often unseen, it’s important to publicise the work that they do within haulage. This increased focus on representation of women can be the incentive to make the industry more appealing for those outside the industry keen to consider joining.

And the timing for this increase in focus couldn’t be more perfect. A Twitter poll undertaken by the FTA asked ladies if they were willing to drive a 44-tonne truck – 79 per cent of respondents answered ‘yes’. Recent statistics also show that the gender balance, and younger women wanting to enter the profession is improving with 15 per cent aged between 21 and 25.

What is being done to make the industry appealing for women?

Platforms such as the one introduced by She’s RHA, where women can connect and be empowered through regular networking events and mentoring programmes, and initiatives aimed specifically at women, for example the her-gv competition, in association with M6 Toll, in which ladies stand a chance to win HGV training, are doing much to represent the industry in an appealing way for women. They are also proactively addressing the bigger issue of funding and training.

Additionally, the FTA is campaigning for student style loans for vocational training, better driver facilities – of particular relevance to women – and quicker turnaround of medical queries by the Driver and Vehicle Licensing Agency (DVLA).

Highways England, responsible for England’s motorways and major A roads, recently held its first school open day at its regional operations centre at Avonmouth. Year 6 pupils were given the opportunity to engage with traffic officers, engineers and managers to learn about life in the transport industry.

All this is clear evidence that plenty of commitment and energy is being given to encourage women, and people from a young age, to consider careers in the haulage industry.

So while being an Ice Road Trucker might be a bit too adventurous, if you are a lady looking for a career change or a more flexible working style, joining the haulage industry might just be the answer.

Helena Overton, is a GIS Analyst, Verilocation at Isotrak Ltd.

0Shares
lady truckerstruck driverstrucks
Previous PostTyra Banks: “Don’t let anything personal get in the way of your career goals”Next PostDiscover your path to Time Mastery
X