This year’s class at the academy in Kabul has the largest number of female graduates to date, with 23 officer cadets graduating.

Speaking at the graduation ceremony, Messenger said, “Today’s largest ever female graduates class demonstrates the progress the Afghan security forces are making in allowing women to help defend their country.”

“Britain’s enduring commitment to Afghanistan means we’re helping them in this task, as well as offering broader support to Afghanistan’s security institutions.”

The graduation ceremony took place the day after General Messenger, the MOD’s Gender Champion, participated in International Women’s Day events in Kabul. These events included meeting with British Council and Embassy staff who work closely with the Afghan Government and Civil Society to create a better future for women and girls, including increasing awareness of gender issues in Afghanistan’s security institutions. This work includes supporting efforts to make the Afghan National Defence and Security Forces (ANDSF) a more attractive career choice for women, including improving accommodation arrangements for female ANAOA cadets. Training in the prevention of sexual violence in armed conflict is also provided to cadets as part of the Academy’s programme.

Britain is also working to strengthen the role of women in the Afghan security forces through the training of future female leaders at ANAOA.

The 23 graduates from the class of 2017 join 57 female officers who have previously passed the intensive and sought after training. Today’s ceremony also saw the Academy’s total number of graduates going over 2,000.

Alison is the Digital Content Editor for WeAreTheCity. She has a BA Honours degree in Journalism and History from the University of Portsmouth. She has previously worked in the marketing sector and in a copywriting role. Alison’s other passions and hobbies include writing, blogging and travelling.
Previous PostSmart Works Inspire Fashion Show 2017Next PostFinalists for Veuve Clicquot Business Woman Award’s announced 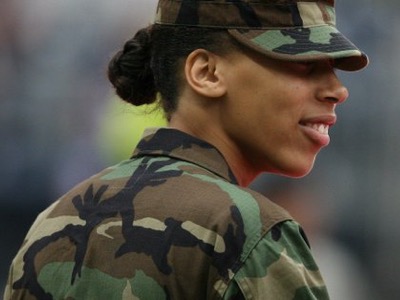 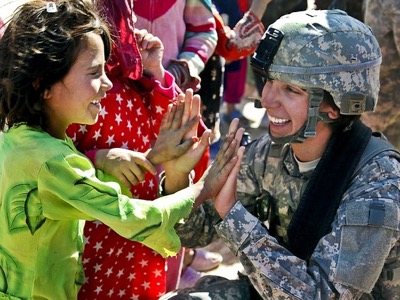