Last week I spent the day with one of my oldest friends (for clarity, that’s “old” in terms of the time I’ve known her – not age!). My friend is going through a tough time at the moment having just separated from her husband and taking up residence in rented accommodation – so I was ready to listen and provide a much needed hug. Or two. Or three.

We took a walk into my friend’s new hometown and crossed a children’s play area, overlooking a crumbling old church, the ground dotted with newly flowering daffodils and bathed in spring sunshine. I suggested that we sit on the swings and made a beeline for them expecting my friend to follow. However, with her feet firmly planted on the ground and a puzzled expression on her face, my friend announced “we can’t – we don’t have any children with us!”.

I matched her puzzled look and replied “says who?” and , abandoning my handbag on the ground next to me, I squeezed my (noticeably adult-sized) bottom into the (noticeably child-sized) swing seat and “pushed off” with great flourish and energy and a mischevious smile on my face. Abandoning her own handbag next to mine, my friend grinned in response and (with similar squeezing on to the seat) she also “pushed off” with enthusiasm.

Employing the “legs-stretched-out-when-you-go-forward-legs-tucked-in-when-you-go-back” practice, we spent a good thirty minutes chatting, faces to the sunshine, creating a woosh of air around us.

Our “woosh of energy”.

Our freedom to head up to the sky.

It got me to thinking deeper about the article and corresponding training session I run on “acting your shoe size not your age”. Yes there are enormous benefits to tapping in to the enthusiasm and energy you had as a 6 year old child. But more deeply there is an immense sense of freedom to be experienced when “playing” and using your imagination – with no rules or confines imposed by others to stifle creativity. And what better place to experience that freedom than on a swing – in the open air with your own power to create that “woosh of energy” and head to the sky.

It got me to thinking about my regular trips into London Kings Cross when I pass by that gorgeous swing in the middle of the rainbow-lit gazebo immediately outside the station. And how I resist the urge to join the queue of children waiting patiently for their turn because I’ve imposed my own “rules” around what would be socially acceptable……

It got me to thinking about my lovely mum, who is sadly no longer here “in body” but, according to my daughter, is very much here “in spirit” on her fluffy cloud in the sky (“wearing pink shoes” apparently) and watching over proceedings!

Mum loved the swings – so much so that when she and dad bought their “forever home” in Oxfordshire, dad was given the task of constructing a swing slap-bang-in-the-middle-of-the-garden for her. At the grand unveiling of the swing, not once did my mum mention Josh, my son (her baby grandson) as “justification” of this “folly”. But actually, why would she? I think she was well aware of the therapeutic qualities of the swing and would regularly detour from hanging out the washing to creating that “woosh of energy” and freedom. Ditto, when I visited Oxford, I would head out (Dettol wipe at the ready to clean the seat of bird droppings!) and do the very same thing. And I have countless photos of Joshua on the swing and later Lottie, my daughter, also mastered the leg action as she made her way up to the fluffy clouds to “say “hi” to Granny”.

It makes sense, surely, that there is therapeutic power in the rhythm of swinging to and fro. As babies we are rocked in our parent’s arms, in “rock-a-tot” carseats, pushed in prams and pushchairs, soothed to sleep by the motion of car journeys. Even before birth, carried in our mother’s womb we would have been calmed and lulled by movement. And think of the ubiquitous image of an older person rocking away on a rocking chair too. As well as the calming quality of this rocking movement I am well aware that physical movement – movement in body – can create movement in your mind, both emotional and intellectual movement.

So on the first day of my daughter’s Easter holiday break, when she asked to go to the village park, it took little persuasion for me to join her on the swings. And one day, who knows, you may find me abandoning my self-inflicted rules on what’s socially acceptable and, in full view of London commuters, I’ll be on that rainbow swing………who’s joining me?

Lindsay Taylor is the owner and Director of Executive Coaching and Training Organisation Your Excellency Limited. She is also the author of the blog ‘Wise Words Indeed’. You can follow Lindsay on Twitter: @your_excellency and @wisdom_pearls.
Previous PostFour Ways SMEs Can Improve Online Brand Reputation In 2016Next PostShortlist announced for 2016 Asian Women of Achievement Awards 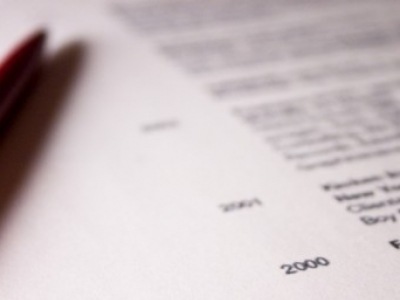 How to get a good work life balance