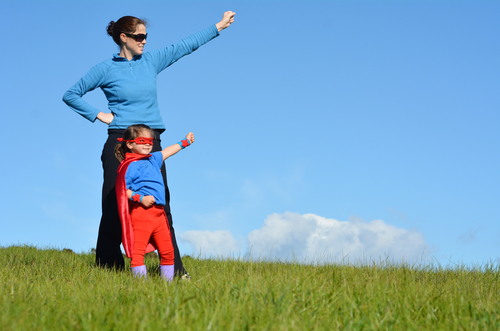 Apparently, the media have labelled 2018 the “Year of the Woman”, possibly in homage to the 100-year anniversary of our right to vote.

I’m all for positivity and promoting women, but shouldn’t we be focusing on the achievements and position of women every year? Isn’t this a daily topic of conversation? Niggles aside, I’ve decided to embrace how initiatives such as “Year of the Woman” could contribute towards making the changes that we need within our society. And I want the North West to lead the way.

Teenage depression and self-harming, pregnancy rates, lack of social mobility, exploitation and addiction are all problems in our region and far too many girls find themselves isolated and without direction. Plan International UK’s report entitled “The State of Girls’ Rights in the UK’ makes for depressing reading, with multiple areas in the North West featuring in the 10 worst Local Authorities in which to grow up a girl.

We need to put an end to sexual harassment and violence against women, and we need to empower the under-represented in our society, so they feel they have a choice. But if we’re going to achieve this, we have to harness our collective power. Having the media and the ‘year of the woman’ on our side is no bad thing, but individuals and corporates need to get involved too. That’s why I want businesses from across the North West to commit to giving their employees opportunities to make a difference by nurturing the next generation of female talent – teenage girls.

The power of a role model

Over the festive period, there were two books that were at the top of my reading list. “Women and Power: A Manifesto” by Mary Beard and “What Happened” by Hillary Rodham Clinton. Both books are very different, but both left me feeling empowered and courageous. Beard’s Manifesto is an evaluation of how women in powerful positions have been treated throughout history and discusses what needs to change if we ever wish to witness gender equality at the top. “What Happened” is, of course, an assessment of the US presidential election race in 2016 and beyond, by Rodham-Clinton herself. Both women have spoken about the experiences they needed to go through in order to climb to the top in their chosen career. And to me, both women are game-changers, and exceptional role models.

Feeling inspired by women who have been there and done it is imperative if we want more girls to reach their full potential. Role models help the younger generation to envision what their future could be like, no matter what their current situation may be. They have the power to change paths. And role models come from all walks of life. There are role models hidden away in every type of organisation across the North West – women who have the experience to offer guidance and empowerment to those that really need someone to show them the way.

At our Role Model Relays, for example, we invite women from every profession imaginable to spend time with a group of teenage girls, some of whom are disengaged or face challenges inside and outside of school. Within two hours of bringing these two groups of people together I can see the impact. Imagine what the results would look like if every young girl had a role model?

The “year of the woman” does bring awareness, and awareness can help to drive change. But media coverage alone isn’t enough. There are countless opportunities out there for companies to share their resources and knowledge with those that need it, and many of those opportunities are right here on our doorstep in the North West.

Sharing is also a mutually beneficial experience. Everyone who I have ever worked with as a role model mentor has gained as much from the experience as the young people that they’ve helped. This is certainly true of our Big Sister Programme which pairs teenage girls with female role models on a twelve- month one-to-one programme.

The relationship gives the girls someone to travel with them on their journey as well as helping Big Sisters to learn about themselves along the way.

It’s time for us to prove that we can make a difference – being passive while voicing our support is no longer enough. We need to make changes not only for ourselves, but for the next generation of women who are looking to us for inspiration and guidance. In this ‘Year of the Woman’ let’s pledge to support today’s female workforce to be the best in the UK at empowering our girls to shine. 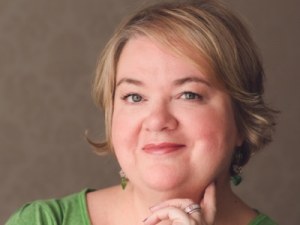 Jane Kenyon is the founder and CEO of social enterprise Girls Out Loud, an organisation which works with teenage girls to inspire them to succeed. She is also an author, a coach and mentor for women and a sought-after keynote speaker on a wide range of topics linked to female empowerment.