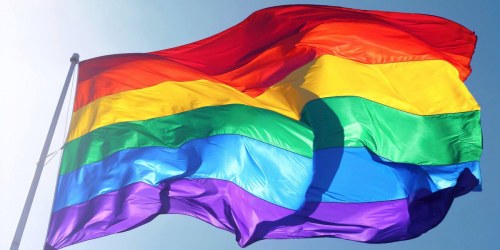 Mr Justice O’Hara rejected both cases, insisting continuing the ban did not violate the rights of LGBT couples in Northern Ireland. He added that it was up to the Stormont Assembly to decide social policy.

Same-sex marriage is now legal in the Irish Republic, England, Scotland and Wales, but LGBT couples are still banned from marrying in Northern Ireland.

The couples, Grainne Close and Shannon Sickles and Chris and Henry Flanagan-Kane – argued the prohibition breaches their human rights.

Grainne Close said she was “devastated” by the ruling.

“For us, this is a personal matter,” she said.

“We have families and our children are being treated differently because of today’s result.”

Her partner said they would continue their legal challenge.

The judge said of the ruling: “It is not at all difficult to understand how gay men and lesbians who have suffered discrimination, rejection and exclusion feel so strongly about the maintenance in Northern Ireland of the barrier to same sex marriage.”

“However, the judgment which I have to reach is not based on social policy but on the law.”

Members of the Northern Ireland Assembly have had five votes in the last few years on whether to introduce same-sex marriage into the region, but hte motion has been continuously blocked by the Democratic Unionist Party (DUP)

Theresa May is currently relying on the DUP for her parliamentary majority after the snap election result in June.

Arlene Foster, the DUP leader, has promised to bloack any attempt at passing same-sex marriage at Stormont despite overwhelming support for it to be passed in the region.

“I could not care less what people get up to in terms of their sexuality, that’s not a matter for me – when it becomes a matter for me is when people try to redefine marriage,” Ms Foster said.