0
You have 0 items in your cart
Go To Shopping
Home > Culture > What it is like working in a male dominant workplace | Nidhima Kohli, Founder of My Beauty Matches 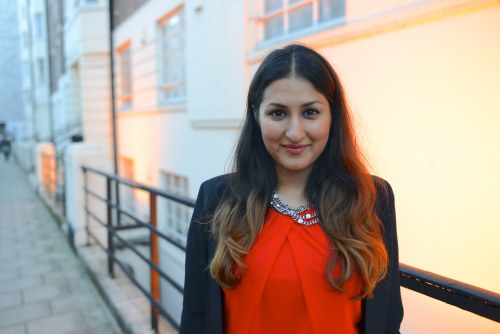 When I worked in banking, about 75 per cent of my colleagues in the department I worked in were male.

However, I felt as if being a woman was merely an advantage, in the sense that you stood out more. My input would often come from a different point of view (as men and women think differently), so I could really see I was adding value very quickly to the business.

There are lots of assumptions out there in the world that women are not treated great in finance or banking, but during my eight years of working within the finance sector, I only met one person who was inappropriate towards me on a team drinks night out.

Working in the tech startup industry has been very different for me, despite it being also dominated by men. Although I have met and continue to meet some of the most fascinating people in the world that continuously inspire me, it is not uncommon to meet men who are unprofessional.

My peers have been great and I love my founder friends, but when talking to investors, there has been no doubt a lot of inappropriate behaviour. I recently read an article which went viral about investors being incredibly unprofessional in Silicon Valley, and I hate to say this but London is no different.

One thing I strongly remember during the process of launching My Beauty Matches™ (very early stages) was that one of the entrepreneurs I encountered was incredibly patronising. Maybe it was because I was a woman who worked in beauty and was trying to make it into tech world – I don’t know. But to this day I still remember one person, the founder of a very famous travel app, who said to me: ‘You can’t just rely on a pretty face to build a business’. I found it incredibly hurtful that he just assumed because I am a woman, who wants to work in beauty and tech that I am not hardworking or intelligent.

Now I have been in the industry for a few years I know how to avoid such people and how to not let negativity affect me. Instead, it actually drives me to prove them wrong! I feel very grateful that I’ve been able to learn and grow from these experiences, and instead I am now surrounded by amazing founders and peers both in tech and non tech who constantly inspire me and we help each other along the way. All in all, the only time I felt a difference was when I was initially starting out but given my experience now, it is easy to avoid such people. 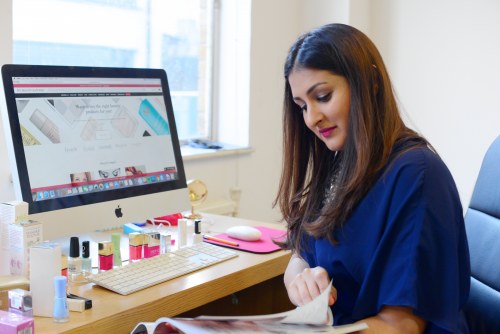 I was born and brought up in Luxembourg but came to England for University. My father is a businessman and I have always wanted to follow in his footsteps. He is incredibly humble, hardworking and down to earth and he is the reason I have this entrepreneurial bug in me! I always remember working from the age of 14 and when I was 15, I had my first Summer Internship at Dexia Bank.

My passion from a young age was to be a Bollywood choreographer, and I went to a professional dance school, The Conservatoire. However, my dream was shattered when I met a few Bollywood producers and found it all to be a bit too slimy. I decided to focus on my career in banking until I started to realise my long work hours and constant travelling was playing havoc on my skin. I went on a search to try find a skincare product for me, but was tired of having biased recommendations from beauty counters. At that point I had realised that there is nothing out there to give women impartial advice.

I decided to fill this gap and build My Beauty Matches, and that has been a rollercoaster of a ride!

About My Beauty Matches

My Beauty Matches™ was founded by former banker Nidhima Kohli in 2014 and is the world’s first Intelligent Beauty Matching Engine™. It works by the use of artificial intelligence and proprietary technology, which helps users find the right products that are tailored to their concerns and requirements by simply taking a quiz on their website.

0Shares
male dominated workplacemale-dominatedMy Beauty MatchesNidhima Kohli
Previous Post84 per cent of millennials don’t work flexibly from home for fear of criticismNext PostAre you a human being or a human doing?

How to lead in a male dominated workplace 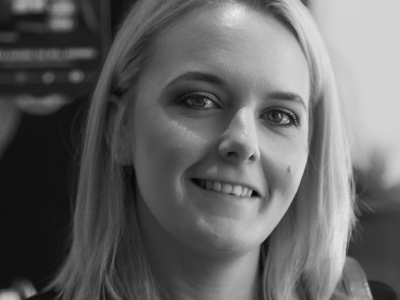 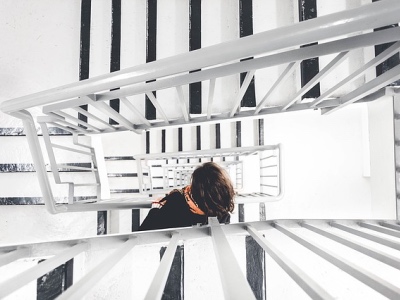 Journey to the top: women leaders give their tips on how to break through the male-dominated workplace