CityEye interviewed Dr. Linda Summerton about her research and her career so far. Here’s what she had to say about what is important to her.

Work and family: It is about the strength of the team My most memorable event was bringing through a new cancer drug for desperate cancer patients when there was precious little apart from chemotherapy. I worked for Astra Zeneca and I had the privilege to be the global leader of a team for a drug development called Iressa. Iressa targets non-small cell lung cancer.

Myself and the team brought that drug through and launched it. You just feel so humble that you’ve brought something through that had so much impact on someone’s life.

That’s the bit that gives me joy, makes my heart sing.

“The biotech company Immodulon’s new treatment IMM-101, is targeting and boosting the immune system of the patient. Our drug doesn’t have any side effect. It is kind, it’s gentle.”

Being part of a small company, you’ve got more opportunity; you have a chance to shape things the way you want to. The crucial focus is people.

I want to keep our philanthropic aims. The first 10 million was from a grateful patient whose life was saved by Dr.Charles Akle, previously a surgeon.

I worked in Germany. Ironically the business was all in English, but HR policies and practices were all in German. The German culture is all about heritage and respect and what has gone before. Tax transference meant that the women in the company were mostly single women.

There were lovely cultural elements; you cannot mow your lawns on Sunday, shops don’t open, it’s a day of rest. Fairly comforting in one sense, but for working women it is difficult.

It makes it quite challenging to bring in change, at one level. The gentleman who brought me in to bring change was leaving the country. He was Swiss German, and a foreigner himself. You go through processes, talk to people, do workshops to get people on board. The time span is short, then there was a big company takeover. About 18 months into my tenure there was a mega merger, so everything got thrown up in the air. You can’t achieve strategic change in 18 months.

At the time, it was very challenging, but when I look back, in retrospect, that was the making of me.

When you go to Germany, you have to show loyalty to the company. You have to take your family across from Cheshire. They expect that. Then I was offered a move to Switzerland, but a great opportunity came up in London.

I think I was most surprised by coming back from Germany that it was triumph out of adversity. Going through it was difficult, but looking back I would not have missed it for the world.

Because of my father’s strong belief in education, I felt I must give the girls a stable background with their studies.

I took the safe option, to bring them back to England. It took me into a different type of work in private equity space, which was interesting and challenging.

We’ve got a family house close enough to go into London, so I put in a working day and come home to eat with my daughters. Sometimes it requires you to be brave, to say no to things. I noticed with my husband, he would be very reluctant to take time off work. It was the same pattern with a different employer.

A strength of the team

My team is my whole family. My husband had given up his job to come to Germany. He just said: “Well on to the next adventure.” After 24 years of marriage, we’re a good team. We’ll be together, for the next 24. On my own I would never have had the courage to knock down and rebuild a house. Now I sail a yacht. The strength of the team may lead to to a more interesting place.

Being a girl is different.

“There’s not a meal being prepared yet and there’s a woman in the house,”

Interestingly it was my brother who picked my mother up on that: “Linda’s got exams tomorrow and my dad sat in the other room reading the paper. Why didn’t you ask him to put the food on?”

I grew up in Sunderland, in the north of England, where it was usual for money to be saved for the boy’s education rather than the girl’s. The boy was special. He grew up with that confidence.   But my father said:

“A woman is better than any man. You go out there and show them what you can do”

My driving instructor said “What’s all this A-level and university stuff? You’re going to get married and have children.” Just typical of working class north of England. But because of my father, I thought I could conquer the world.

City Eye became interested in Overlooked and Overshadowed women, both in contemporary times and through out history. The former would include the women passed over for the Nobel in favour of their male colleagues. The later would be the wives of famous men, such as Mrs. Mandela. Her study of women written out of history, led her to interviews with interesting and inspirational women, (and some men). Extracts will be published in the articles. In no way is this men versus women, as to who is better. Simply that an overly macho, military, testosterone fueled environment, mainly men, needs the balancing attributes, often, though not exclusively, assigned to women: caring, conciliation, communication. Find out more: City Eye Blog ©christina ionthecity.wordpress.com
Previous PostIf Life Gives You Lemons, Make Lemonade blog | No mercyNext Post47 per cent of women felt unprepared and didn’t know what to expect when their period started 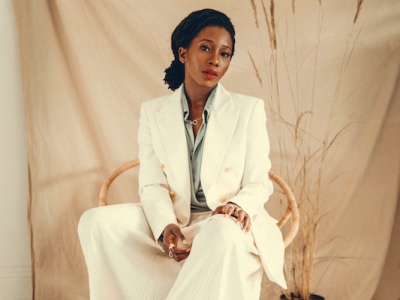 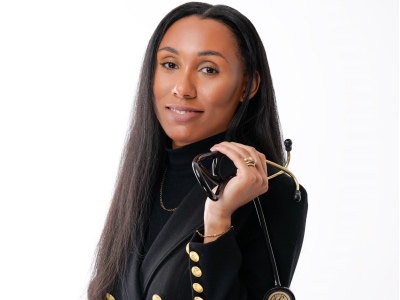 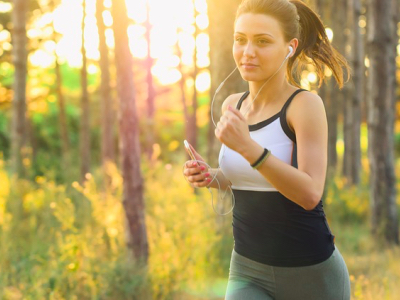 The deep-seated science behind a movement mindset