Imagine going for a walk in England -maybe a national park or just your local city park. With your children, having a wonderful Sunday wandering our glorious countryside in the sunshine.

What you might fail to notice is that during your walk you or your child get a hitchhiker – a tick the size of a poppy seed (that’s terribly small) hops on, and some time later, falls off.

Now imagine just eighteen short months later being in the throes of an acute and exceedingly painful illness, the symptoms of which mimic those of over 360 other serious illnesses such as MS, ME, Alzhiemers, arthritis, migraine and many others.

This dreadful scenario can happen. In fact it does happen to over 3000 people a year in the UK. It can happen equally when you’re abroad.

The resulting disease this tiny tick spreads is called Lyme disease and I have it. Many people are misdiagnosed, are bedridden, wheelchair bound and eventually die from it. The suicide rate is high because the pain is crippling, every single day. Your life is not your own. My life is certainly not mine.

When this disease is acute, as it is with me, running  rampant in my nervous system, happily breeding away and inviting it’s Lymey bacterial friends to the party, the NHS don’t treat it.

The centre of expertise that I have started my treatment at is in the USA.  I’m lucky to be in treatment but it’s definitely not a walk in the park with things getting worse before they get better. What saves my life may actually devastate my body and  hospitalise me as much as the illness has in the short term.

I’m lucky that my friends and family have set up a campaign called Bite Back 4 Chantelle and raised over £16k towards my treatment.

I’m writing this letter to you from America to raise awareness of Lyme, its symptoms and the importance of getting treatment early.

Please read my story and my symptoms so we can help more people to be aware, be vigilant, be demanding and most importantly be there for anyone you know who could have Lyme. It’s not a sprint, its a marathon that can last a lifetime, and whilst we can put a price on treatment, support is truly priceless. I was happily working at sea as a stewardess, carefree, crossing the Atlantic, visiting idyllic counties, and living on a beautiful yacht, what more could I ask for? Then, soon after a season in the Caribbean, I was struck down with a mystery illness. There really was trouble in paradise.

It all began in the late summer of 2012, I had noticed I was becoming increasingly  fatigued I no longer had the energy to complete a workout or stay up and dance the night away. I was taking every opportunity to try and sleep, but with no restorative effects. By November 2012, I began having drenching night sweats. They started sporadically but were soon a nightly occurrence, which was both embarrassing, uncomfortable and just a pure inconvenience. Along with irregular periods and stomach cramps I headed to the UK for investigation. After various blood tests and examinations I was diagnosed and began taking medication for both PCOS and Hypothyroidism, and was able to put many of my symptoms down to this. As many more months passed, although both of these conditions stabilised, my list of symptoms were ever growing. Doctors had ruled out further suspected premature ovarian failure and I was still non the wiser and no closer to a confirmed diagnosis. I moved back to the UK and the investigations continued. I was no longer the active, energetic and healthy young women I had been. I had severe exhaustion, weight-loss, tremors, bladder dysfunction, cognitive Mal-function, joint pain, and digestive problems. Between the summer and winter of 2013, I had made numerous emergency visits to A&E with chest pains, and other infections needing IV antibiotic treatments, but I had no idea why this was happening to me. I had enlarged lymph-nodes and my immune system had become extremely suppressed. During many hospital admissions, I was checked for well known foreign bacterial infections and was seen by an array of specialist consultants. These included immunologists, neurologists, infectious diseases specialists and haematologists. I was thought to have lymphoma cancer at one point and underwent PET-CT scans, ultrasounds, and extensive blood tests. All of my test results were coming back normal, but I was still very unwell. By this point, I had to resign from my job, I lost friends and much of my life. I spent most of my time sitting or sleeping at home, due to the sheer pain and debilitating effects the illness was having on my body. Doctors were baffled and I was still searching for answers.

I had read about Lyme Disease online and although I mentioned this repeatedly to medics, I was always told it was ‘way down on the list’, even though they could offer no other explanation for the obvious deterioration in my health. I was suffering greatly on a daily basis, but doctors continued to look at me as if I was crazy, offering me counselling and told me I should just head back to work. If only! I spent £4000 on further investigations and had my blood sent to America for extensive lab tests. Four weeks later my results arrived. I tested highly positive for Lyme Disease. There was such a sense of relief to finally have a diagnosis and some proof that it wasn’t all in my head. I assumed that now I had some answers, that getting the treatment I required would be easy, but I couldn’t have been more wrong.

The NHS know very little about the the complexities of Lyme Disease and Co-infections. Throughout the UK doctors believe that treatment is quick and easy, when in fact its the complete opposite. It is only effectively treated if detected in the initial stages of contracting the disease. Chronic Lyme, causes havoc in the human body, and there is nothing simple or quick about the treatment. Over the next few months I continued to research as I soon discovered that knowledge is power when you are fighting for your health. My family and friends have supported me both emotionally and financially by helping me to fundraise for treatment. This has enabled me to go to a specialist clinic in California, USA to begin my journey to recovery. I would like to emphasise that without the tireless efforts of others helping me, this treatment in California would not be possible and my situation would be very different. To finally meet with Lyme literate doctors is so reassuring, especially after having been considerably let down by the medical system in the UK. I have began an intensive treatment programme which consists of both IV and oral antibiotics, herbal supplements, immune and nutritional support and a very restricted diet. In addition to Lyme I have also been diagnosed with two tick borne co-infections, Bartonella and Babesiosis, both of which need specific and long term treatment.

The money that has been so generously donated to date, has allowed me to book my first eight weeks of medication at the clinic, as well as cover my flights, hotel and food costs. I will need to continue oral medication when I return to the UK and at some point return to California for further treatment and alternative therapies. My estimated costs long term are over £30,000 and the aim is to become symptom free eventually, with a prognosis of remission. I will not be able to work for the foreseeable future and for that reason my fundraising will be on-going in order to ensure I don’t have to stop treatment, as this will be detrimental to my recovery.

I am doing my best to remain positive, and just be grateful that I am being given the opportunity to beat Lyme Disease and that I am still alive. I will not give up without a fight. I will take all I have learnt from these unfortunate circumstances and do my best to raise awarness throughout the UK of this horrific disease.  I will continue to help and support others suffering, and together we will ‘bite back’ against Lyme.

I would like to take this opportunity to thank every single person who has give their time, words of support or donations to simply save my life. 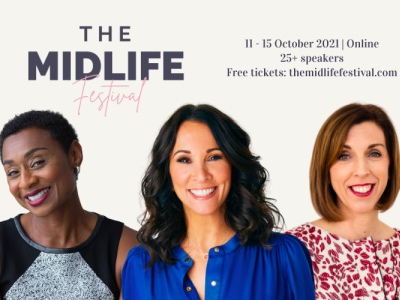 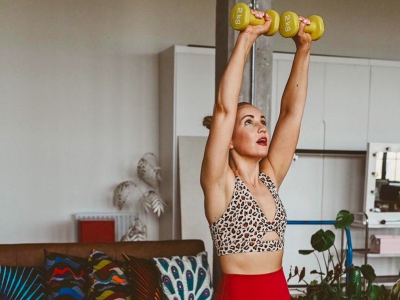