It’s easy to believe that the feminism popularised in the late 60s won the day, creating a new stream of women’s rights and equality for all. But in reality, there are still a number of problems facing women that only the legal system is remedying.

Even the workplace, where legislation should ideally be protecting women from inequality, still appears to value men more than women.

This comes as the latest pay gap between men and women was reported to have widened for the first time in five years, with national newspaper The Telegraph reporting its rise to 15.7 per cent.

The one thing that has changed outside of testosterone-favouring boardrooms and seemingly insurmountable pay gaps is the law. If you understand your rights, you can make sure that your workplace is treating you fairly. Here are just a few situations where the law can give you a helping hand.

An injury in the workplace

If you’re in a dangerous workplace, an injury can befall you in a thousand different ways. And just one slip, trip or fall can send you out of action for weeks, if not months on end. More than this, if you’re pregnant and effective precautions haven’t been taken, the effects can be far more severe.

There are a ton of health and safety legislations for accidents, and getting in touch with a personal injury claim solicitor is the best way to find out what they are.

Some people can be a little apprehensive when it comes to challenging their employer on work-related injuries, but if you don’t then you’ll just become one of many who gets injured.

A case of harassment

According to the UK government’s official website, harassment is illegal under the Equality Act 2010. Yet, there are still large swathes of the population who don’t know where the line sits between a friendly joke and sexist discrimination or bullying.

What’s more, discrimination appears to be increasing – the UK Council for Access and Equality reports that there was a 56 per cent rise in discrimination-based employment tribunals in 2010 alone, with the highest pay out for such a case reaching almost £450,000.

However, before you rush into your bosses’ office with accusations, seek advice from a solicitor or even check the law yourself.

Pay disputes and negotiations can be bitter and arduous affairs, causing rifts between employers and employees like little else. Couple this with the fact that a woman doing the same job as a man will suffer needless pay discrepancies, and tensions can mount even higher.

Again, if a pay dispute is boiling over into personal issues or what you feel is discriminatory territory, seek legal guidance as soon as possible. After all, what’s the point of a workplace if you aren’t paid the salary you deserve?

Do Something Great: explore a career in health and safety 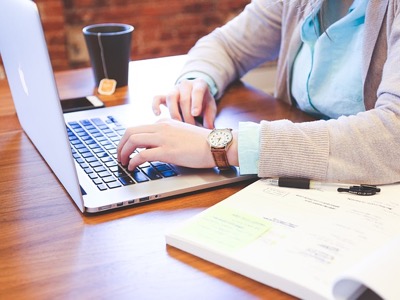 How self-employed professionals need to prepare for IR35