So here we are, at the end of the cycle, arriving finally at the Toss In phase.

In this world, all things come to an end, whether that be: a job, relationship, business or some aspect of a goal or project. Sometimes we feel victimised or immobilised by the situation and interpret the ending as a “failure”. Other times we approach an ending with anticipation and excitement, barely able to wait for it to arrive fast enough because we’re ready to move on.

Regardless of whether we feel at the cause or at the effect of an ending, in this part of the cycle it’s common to feel some reluctance to bring things to an end. After all, change, even when it’s an exciting one, inevitably creates a certain degree of uncertainty about the future and about who we’re going to be on the other side of it. As such, it’s natural to feel apprehensive, experience some resistance change and lean into the temptation to take little or no action. The danger here lies in the potential to dwell in the Toss In phase, especially if the ending involves a loss of something or someone. Of course it’s a natural and human experience to grieve, and that grieving process must be honoured and the emotions felt for as long as it serves us to feel them. Once that period has past, we must also remember that new beginnings are often disguised as painful endings and that ultimately, we get to choose how long we perpetuate our own suffering by holding onto something that has effectively already been and gone.

Following an ending, it’s natural for there to be a period of “hibernation” or “cocooning” as a person takes time to emotionally readjust, searches internally for meaning and identity and recovers their innate balance. This period eventually passes and opens the door to a new life and the next Shuffle Phase.

Typical thoughts, feelings and behaviours during this stage may be:

If this is you, know that you are not alone. The cycle of change is recognised as such because it’s a normal and natural process that everyone goes through during their lifetime. Things come and go; they grow and they die; if there’s one thing you can count on it’s that things will always change.

As is so often the case when I write these blogs, I am right now in this phase as I bring something to an end that has been a central part of my life for the past 3 years. In part I feel sadness to leave behind an identity that I now feel so comfortable and confident in. But I also recognise that it’s a testament to my growth that I no longer fit that mould. As I’ve shared, the ending is the threshold that I now know I need to pass over to embrace the gift of becoming more of who I really am.

In the New Year I look forward to introducing you to my new incarnation; to the authentic truth of who I really am. In the meantime, if you’re interested to learn more about how to cultivate your self-awareness and increase your level of consciousness through conscious education or develop a career in self-mastery and personal development, join our free A-Z Roadmap to Becoming a Coach webinar at http://www.ipeccoaching.com//events-and-seminars.aspx 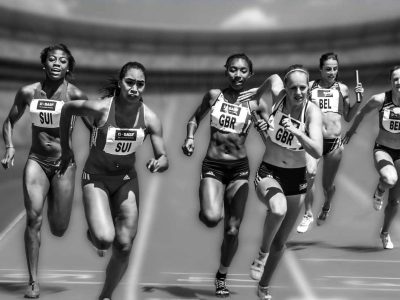 Your career competitive edge – why, what and how to develop it